In 1929, as the automobile age was dawning, CAA launched what was at the time a ground-breaking public safety effort: the CAA School Safety Patrol® program. It would teach students to monitor traffic in school zones and keep their classmates safe from the growing number of vehicles on Ontario’s roads.

This year that program is celebrating its 90th anniversary and backers say its importance hasn’t waned.

The importance of school zone safety

“With increased traffic in and around school zones… it’s even more relevant now than ever before,” says Albert Pasceri, a community relations specialist with CAA South Central Ontario.

Some 20,000 Ontario children at 800 schools are involved in the CAA School Safety Patrol program. Dubbed “Patrollers”, they help bus drivers get their classmates to and from school safely and they direct pedestrian traffic in and around school zones. (Though, unlike crossing guards, they don’t step onto the road.) 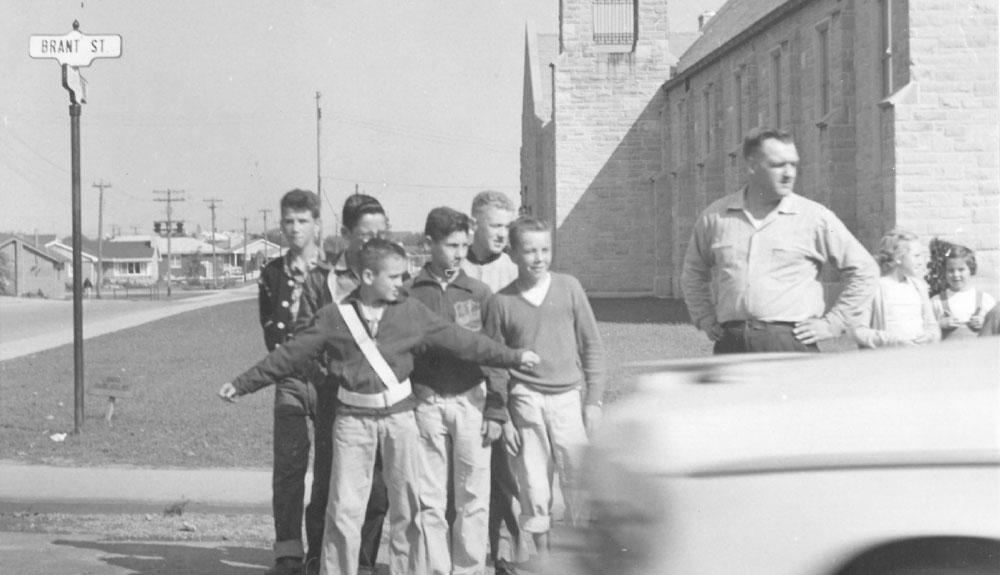 The CAA School Safety Patrol program is CAA’s oldest traffic safety initiative and the organization is celebrating its 90th birthday in style. It has already released a music video, choreographed by So You Think You Can Dance Canada contestant Dwayne “Boneless” Gulston. Dubbed The 45!, the video translates the safety training Patrollers receive into dance moves. It’s meant to introduce a new generation of children to the program, and to honour Patrollers who currently volunteer in it, says Pasceri.

CAA is also treating 7,500 patrollers to a day at the movies. Patrollers were some of the first to see blockbusters like Captain Marvel, Shazam and Avengers: Endgame.

Increased road safety for the next generation

Meanwhile, CAA is partnering with George Brown College to refresh the neon green safety vest worn by Patrollers and building a website where alumni of the program can share their stories.

The 90th anniversary celebrations aren’t only about nostalgia, though. They’re designed to showcase the benefits of the program—and help keep it humming for years to come.

“I’m humbled that our company had the foresight many years ago to create [this initiative],” says Pasceri. “Now to continue this kind of outreach—it’s just such a great program that gives back to the community.”

Looking for more? Check out our video thanking Patrollers for the important role they play in their school and community.