Did You Vote on the Worst Roads in Ontario?

After 15 years, CAA’s Worst Roads campaign continues to pave the way to change

Potholes, congestion and poorly maintained roads. It’s a recipe for the frustration that road users express each and every day. While municipalities grapple with how and when to repair roads, for the past 15 years CAA has offered road users a voice to express that frustration through its Worst Roads campaign.

To help celebrate the 15th anniversary and the launch of the 2018 campaign, CAA unveiled a digital campaign. In it, 15 stakeholders, representing a cross section of road users and promoters of safer infrastructure, share why it’s important for Ontarians to express their opinion on road quality and safety.

Which street was named Ontario’s Worst Road for 2018?

For the second consecutive year, Burlington Street East in Hamilton was named Ontario’s Worst Road. The road boasts an unprecedented ten appearances on the provincial list, but may soon surrender its title. Days after voting closed, Hamilton city council announced over $3 million in repairs to a stretch of the road.

Taking second place this year was Prince Edward County’s County Road 49. The road, which ranked number 1 in 2016, is heavily used by both residents and tourists, and has been the focus of extensive lobbying by local leaders to the provincial government.

Barrie’s Duckworth Street vaulted into third place this year—which doesn’t surprise Mayor Jeff Lehman. In a story published in the Barrie Advance, he stated, “Duckworth is the latest in a long line of roads you could point to and say not enough has been invested over the years in fixing roads. [Road users] should be unhappy.” 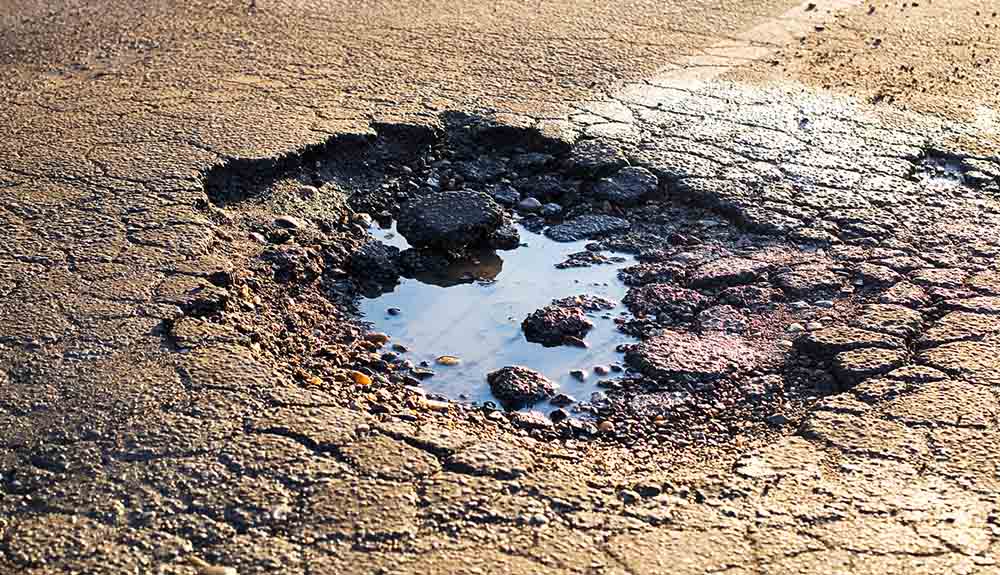 Avondale Road in Belleville debuted on the provincial list and holds the fourth position.  In fifth place is Toronto’s Eglinton Avenue West. Voters who selected Eglinton did so largely due to crumbling pavement and potholes. Road conditions can be attributed to the work required to complete the Eglinton Crosstown LRT, one of North America’s largest transit expansions, which has significantly impacted conditions for motorists, cyclists and pedestrians.

“It’s clear from the results of this year’s CAA Worst Roads campaign that there are several roads that continue to be an issue for the public despite appearing on the list many times,” said Raymond Chan, government relations specialist, CAA South Central Ontario. “There are also some roads that seem to be emerging as new challenges for road users, and so we will be encouraging decision-makers to look at these roads before issues become persistent.”

Following the release of the 2018 list, the town of Innisfil posted on Twitter that Lockhart Road is scheduled for a full reconstruction, while also highlighting repairs to a road that previously appeared on the list.

FYI @CAASCO - St Johns Road used to be on the #ONWorstroads list but we have since fixed it up. Next: we are planning a full reconstruction of Lockhart Rd next year, plus studies now being done to fix 7th Line. #Innisfil

Similarly, the city of Toronto announced in March that it had repaired over 100,000 potholes due to the harsh winter weather. Toronto has also doubled its investments in recent years, making repairs to roads like Dufferin Street possible.

In 2015, Timmins mayor Steve Black encouraged residents to vote for Algonquin Boulevard West and East, resulting in the roads appearing in the number 1 and 2 positions, respectively. Earlier this year, Mayor Black told CAA that “the campaign was part of our lobbying strategy. We rallied our residents to take part in the CAA Worst Roads campaign, and vote for a highway and try to get some attention around that and the Connecting Links program.”

How the campaign has an impact on road safety in Ontario

While CAA Worst Roads has influenced change in Ontario for 15 years, the advocacy efforts are ongoing. Poorly maintained roads and inadequate infrastructure come with a hefty price tag in the form of congestion, road repairs and, in some cases, damage to vehicles.

Achieving success requires consistent funding, to ensure that quality and safety are maintained over the long run. CAA has successfully called for dedicated funding from government to ensure municipalities have access to resources required to repair, rehabilitate, and restore roads and bridges in their communities.

The annual CAA Worst Roads campaign not only empowers the public to share their voice, but the list gives decision-makers a snapshot of what roads the public perceives as not meeting their expectations. Whether you are a driver, cyclist or a pedestrian, we are all road users—and we all have a role to play in making and keeping Ontario’s roads safe.

How can you do your part to keep Ontario’s roads safe?

Find out everything you need to know about CAA’s Worst Roads and learn the simple technique that can make roads safer for all users.

Plus, check out all the ways CAA advocates for road safety on behalf of its Members.