Later this summer, transit officials are expected to launch a self-driving shuttle service in Whitby, Ont., a pilot project touted as the first of its kind in Canada.

Here are eight things you need to know about a transit line that officials are calling “next level.”

The shuttles will be electric 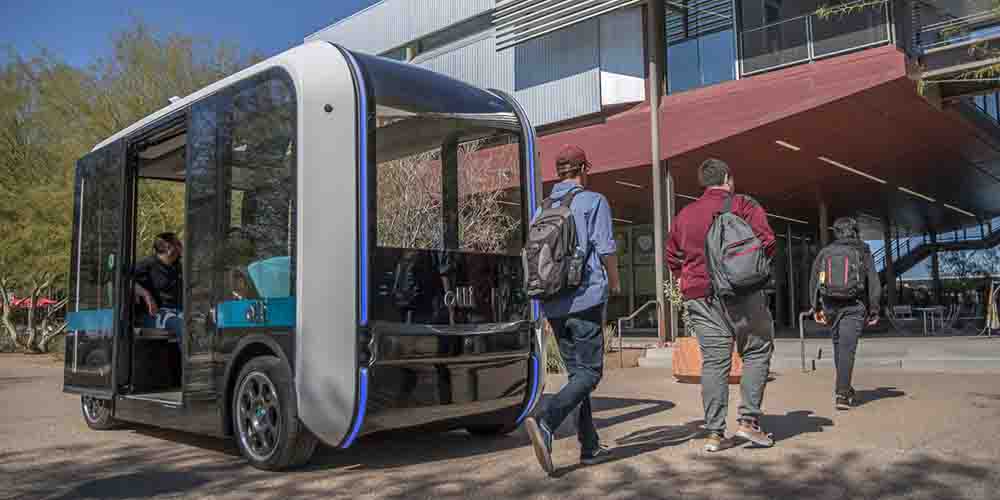 Durham’s shuttle of choice is the Olli, an eight-passenger, all-electric vehicle that can operate without a driver. Produced by Phoenix-based Local Motors, it has become a workhorse in the autonomous shuttle world, appearing on streets everywhere from Sacramento to Turin, Italy.

Safety will be a priority

Shuttles will be outfitted with a sophisticated autonomous control system that allows them to follow a six-kilometre loop in south Whitby, travelling at a top speed of 15 kilometre per hour. They’ll also have a crash-avoidance system powered by a suite of cameras and sensors. Tenille Houston, the CEO of project partner AutoGuardian by SmartCone, calls the system “next level.”

Shuttles will be easy to spot

The Ollis will also be connected to warning lights and speakers that line the road, providing advanced warning to pedestrians, cyclists and drivers that a shuttle is approaching.

A human operator will be on board

In the event that something goes wrong, a specially trained person will be able to hit an emergency stop button or take manual control over the shuttle with a joystick, Houston says.

Other cities are testing self-driving shuttles

Last October, Toronto signed an agreement with Local Motors to run a trial service around the Rouge Hill GO station in the city’s east end. The city says an Olli shuttle is expected to be on the road in the fall of 2021 with free rides.

A recent CAA survey found that 31 percent of Members are interested in learning more about autonomous vehicles, like the Durham shuttles. Some 80 percent said their main safety concern was the reliability of the technology behind self-driving cars. Shuttle pilots, like the one in Durham, aim to help build public confidence in this technology.

The launch date has not been decided yet

The shuttle service was supposed to debut last year, but Covid-19 delayed those plans. The goal now is to have shuttles up and running later this summer. But the exact date will depend on how the pandemic unfolds, says Peter Kallai, the chief operating officer of SmartCone Technologies, which will operate the service.