Everything You Need to Know About CAA’s Worst Roads

With the CAA Worst Roads campaign set to celebrate its 15th anniversary in Ontario, here’s a look at what it’s achieved so far

When CAA launched its Worst Roads campaign in 2003, the goal was simple: call attention to Ontario’s most neglected streets and, hopefully, spur officials to fix them. Well, the plan is definitely working. Over the past 15 years, governments have overhauled several roads that have made our annual list, filling potholes, improving signage and easing congestion.

From Toronto to Ottawa, streets are getting a makeover 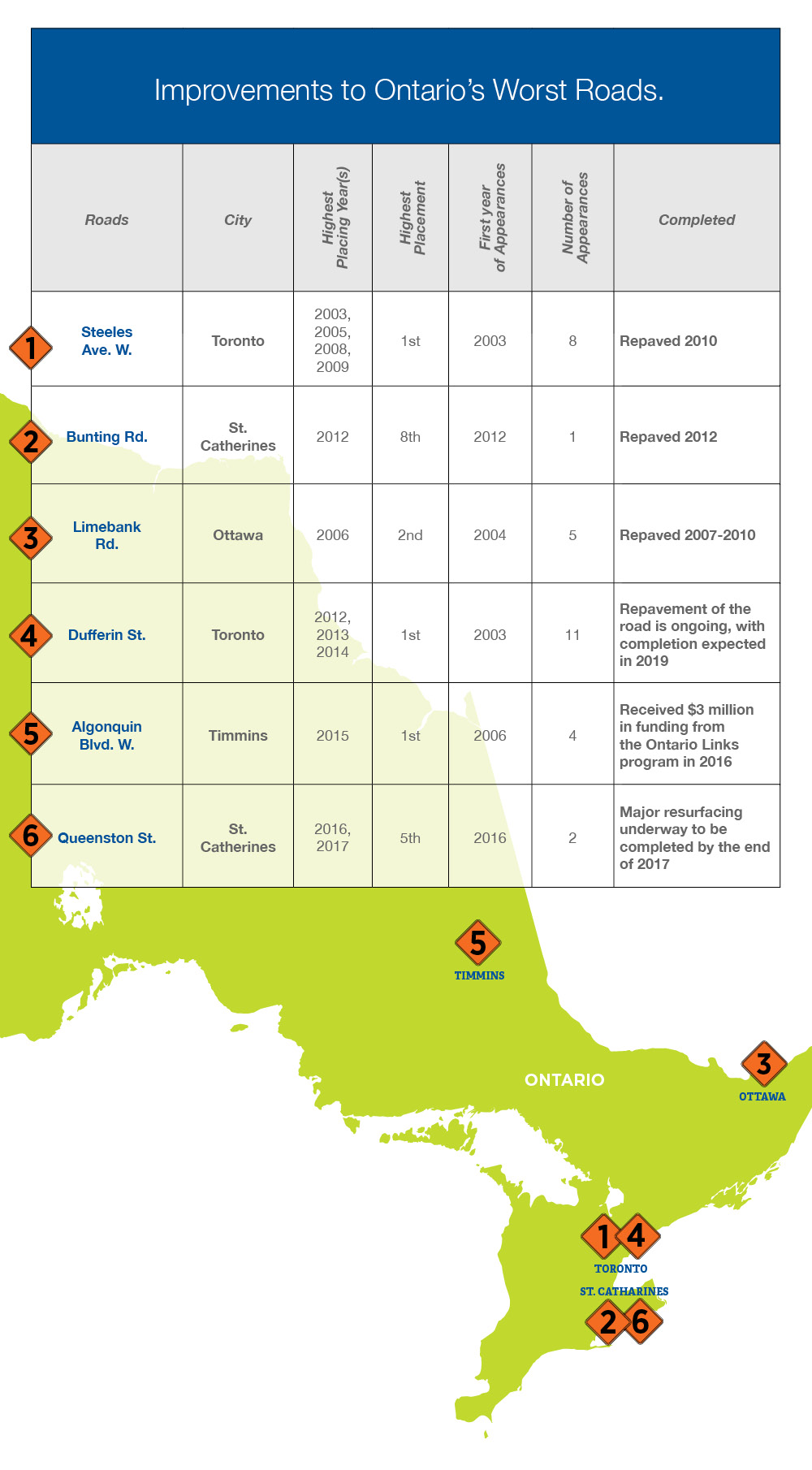 The 2017 campaign found there was still work to be done across the province.

Know a road that’s in need of improvement? This March, join the voting and lend your support to the 2018 Worst Roads campaign.

Whether it’s cycling safety or raising awareness about distracted driving, CAA advocates on behalf of its Members about road safety issues that impact them.