What You Need to Know About Fuel-Cell Cars

After years of promise, hydrogen-powered cars are finally popping up on Canada’s streets

From the outside, Joe Cargnelli’s Hyundai Tucson looks like a regular SUV. But inside is a technology that could transform the way we get from A to B.

Cargnelli’s vehicle is powered by a fuel cell, which mixes hydrogen fuel with oxygen from the air to create electricity right under the hood. The only emission is water vapour.

But the Tucson provides more than just green cred. It has about the same range as a gas-powered SUV and, because hydrogen can be pumped like gas, fill-ups are super fast.

“I’ve been driving the car for a year... and it has been fantastic,” says Cargnelli, the co-founder of Mississauga-based Hydrogenics Corporation, a company that builds fuel cells and operates one of the few hydrogen refuelling stations in Ontario. 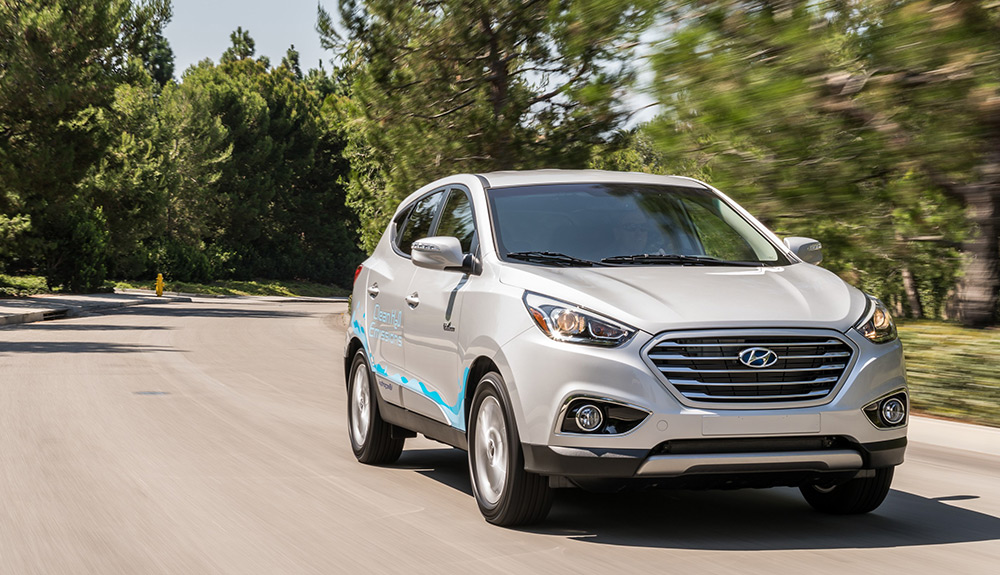 Hyundai is one of several carmakers that have high hopes for fuel-cell technology. They see it as an antidote to the long charge times and limited range that plague the battery-powered electric cars on the road today. On an even larger scale, advocates say that fuel cells could be part of a hydrogen-powered future—one in which everything from trains to power plants run on the most common element in the universe.

“Long term, we see fuel cells as being the ultimate replacement for the automobile powertrain.”

“Long term, we see fuel cells as being the ultimate replacement for the automobile powertrain,” says Chad Heard, a spokesperson for Hyundai Canada. “They have a number of consumer benefits, [like] a five-minute fill-up and extremely long range. These are conveniences that the [auto] industry has been built around over the last 100 years.”

For now, though, only a few carmakers in Canada offer fuel-cell vehicles. Hyundai has a handful of Tucsons on lease to customers in Quebec, Ontario and British Columbia. Toyota is taking its hydrogen-powered Mirai sedan on a publicity tour across the country, but has no immediate plans to sell the car. Honda has announced it will make its fuel-cell-filled Clarity available to Canadians later this year. But that’s it. 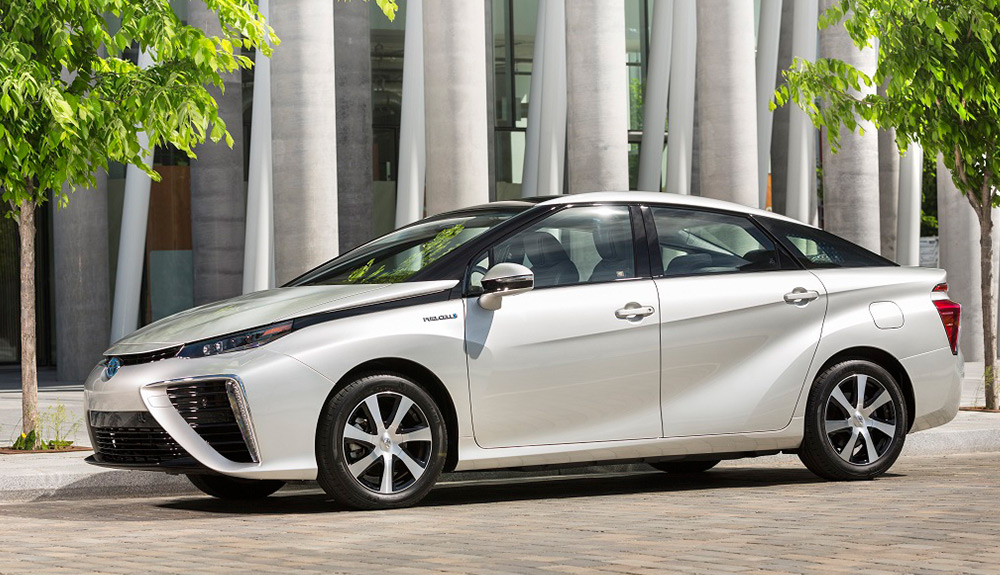 The main problem, backers say, is infrastructure. There’s only a smattering of hydrogen refuelling stations in Canada. Automakers are lobbying provincial and federal governments to kick in funding for new stations before they roll out more cars.

The example they tout is California, where state money has helped create a blossoming network of stations. That has prompted Toyota to sell the Mirai, which retails for around $58,000 USD, at select dealerships there.

“The car is ready; it’s really just a question of infrastructure,” says Stephen Beatty, the vice-president of Toyota Canada.

The governments of British Columbia and Quebec have been receptive to the idea of hydrogen, and Beatty thinks it’s just a matter of time before public refuelling stations pop up across Canada.

Sustainability: The Downside of Hydrogen-Powered Cars

Not everyone, though, is sold on fuel cells. The most famous critic is Tesla CEO Elon Musk, who calls them “extremely silly.” He says the process of creating hydrogen fuel— which involves refining natural gas or splitting water molecules—is inefficient and hardly eco-friendly. It’s much easier, detractors say, to charge an in-car battery pack by plugging it into an outlet supplied by, for example, solar power.

But Beatty and the heads of some of the world’s biggest carmakers think otherwise.

“[Musk] is fully committed to a battery-electric ecosystem, but it’s not producing profits,” says Beatty. “You don’t stay in the car industry very long if you can’t generate revenues from the actual sale of vehicles.”

Beatty was involved in the development of Toyota’s groundbreaking Prius and he says there are a lot of parallels between early hybrids and fuel-cell-powered cars.

“When we asked people to test drive a Prius, they would say, ‘It’s just a car.’ That’s what I believe the experience will be when they get into our fuel-cell vehicle.”

“The technology is here and [it] will continue to build momentum.”

That is something that Cargnelli can attest to. He uses his hydrogen-powered Tucson daily, to drive to work and ferry his three daughters around town. He never worries about finding an outlet and, because fuel cells, unlike batteries, aren’t affected by cold weather, Canada’s bitter winters aren’t a concern.

“This is the go-to car for our family,” he says.

His experience, though, belies the hurdles that fuel-cell cars will have to overcome.

Still, with the vehicles taking off in places like the United States, Germany and Japan, he’s optimistic about the future.

“The technology is here and [it] will continue to build momentum.”

While time will tell if hydrogen-powered cars are a success in Canada, check out our reviews for similarly green vehicles like the 2017 Chevrolet Malibu Hybrid and the 2016 Toyota Prius V, which are already taking over the roads.