Fun to drive, and the 200-kilometre range makes it practical for many.

Using no gas with little compromise

It’s all about range with electric vehicles (EVs), and the race is well underway to make them go as far as possible and to recharge as quickly as possible. This will only end when they have the same range and refuelling times as the gas-powered vehicles we’re all used to.

Some EVs already have ranges of around 400 kilometres, like the expensive Tesla Model S and now the relatively affordable Chevrolet Bolt, but recharging still takes several hours at most chargers. The question today is: how much range do you need to suit your driving lifestyle?

Volkswagen thinks a range of 200 kilometres is about right, and the new e-Golf has a battery that’s rated for 201 kilometres. It also has a 7.2 kW onboard charger, which allows a full charge from a regular 120-volt plug in just over 24 hours or, more realistically, from a 240-volt source in about five hours. If you can find a Level 3 charger, it will give you a boost to 80 per cent full in less than an hour.

Watch our video on what you should know about driving (and charging) an EV around the GTA.

The e-Golf is already in its second generation. The previous generation was sold for the last two years in the U.S. and Europe, with a smaller battery and shorter range, but VW Canada was waiting for the improved version before importing it here. 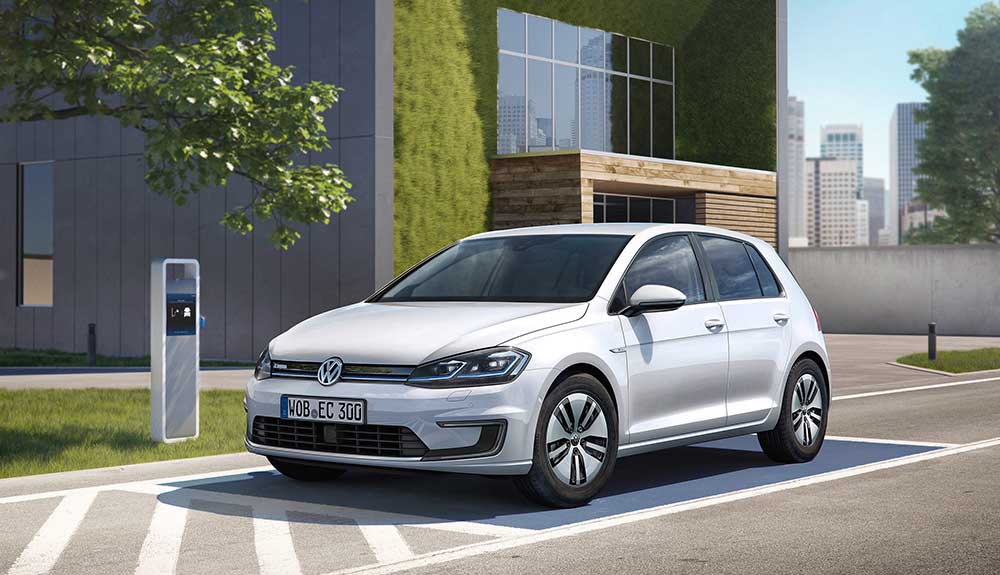 Ontario, Quebec and British Columbia are the only places in Canada that provide government rebates to bring the $35,995 price of an e-Golf down ($21,995 MSRP after rebate in Ontario) to compete with the cost of a regular VW Golf, which starts at $19,195. And while the e-Golf will be sold in Manitoba—with no rebates—it won’t be available elsewhere in the country.

The e-Golf is sold in the Comfortline trim, which retails in the gas model for $23,945, and it drives just as well. It has the same predictably enjoyable European handling—in fact, arguably better, since its heavy battery pack is stored quite low and keeps the centre of gravity low. This means the cargo space behind the hatch is unaffected, so it’s still a practical little car.

It’s quick and fun to drive and, in the B setting, it is set to create extra regenerative power when braking to help keep the battery charged. That regeneration is strong enough to act as a mild brake when you take your foot off the throttle, and the brake lights come on to warn drivers behind. Or just leave it on Drive and everything is much less obtrusive.

The e-Golf is more than a fully electrified version of the standard budget car. It’s a vehicle in its own right that will give any small car a run for its money. And if you live in Ontario, where the government subsidy is currently $14,000, it’s a deal.

Check out where the closest charging stations are to you using CAA’s Electric Vehicle Charging Station Locator.

Fun to drive, and the 200-kilometre range makes it practical for many.

Using no gas with little compromise