Introducing the #1 Selling PHEV SUV in the World

During the last few years, we’ve seen an explosion of electric cars on Canada’s roads, from the humble Nissan Leaf to the sublime Tesla Model S. But one thing we haven’t seen much of: plug-in people movers. Aside from the Chrysler Pacifica minivan, which is a hybrid, manufacturers have largely confined themselves to electrifying sedans and the occasional sports car.

Into the void comes the 2018 Mitsubishi Outlander PHEV, a two-row SUV. The PHEV stands for plug-in hybrid electric vehicle and, as the name suggests, the car’s battery can be recharged by plugging it into the wall. The set-up allows the Outlander to travel about 35 kilometres on battery power alone. After that, a 2.0-litre gas engine kicks in, giving it 499 kilometres of total range. 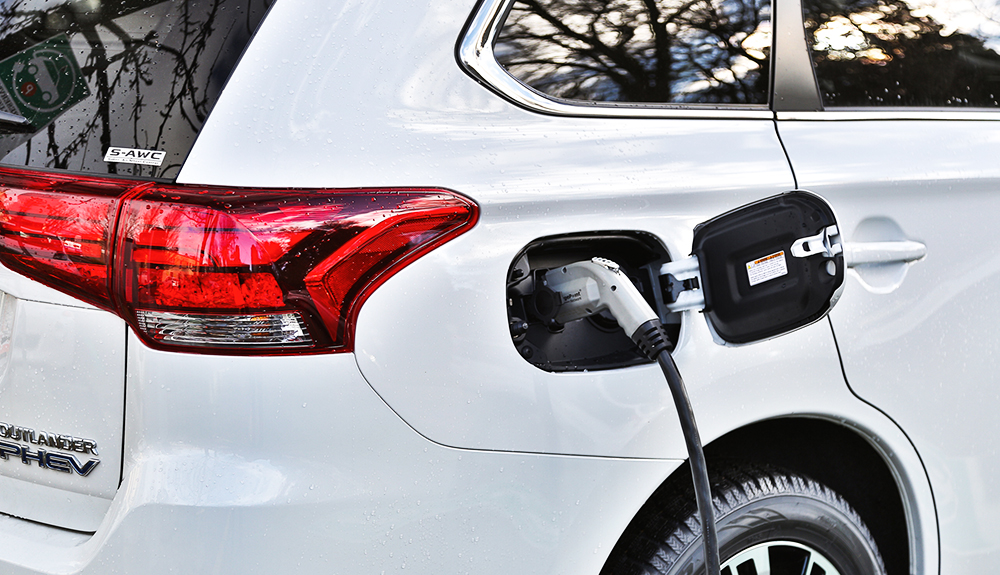 We took the five-seater from downtown Vancouver to the mountain hideaway of Squamish, a 120-kilometre round trip. The battery tapped out about one-quarter of the way through the journey, pressing the gas engine into service. All told, though, the Outlander returned a compact-car-like 7.1 litres per 100 kilometres.

It manages that efficiency thanks to a high-tech drivetrain with two electric motors (one in the front, one in the rear) and a gas-powered engine. The vehicle has several different driving modes, which balance the amount of power coming from the engine and the amount coming from the motors. The details are complicated, but suffice it to say they allow the Outlander to do everything from loll along on battery power alone to burn past semis on the highway using the engine and both motors.

The nuts and bolts of the Mitsubishi Outlander

When it comes to fit and finish, the Outlander isn’t quite as avant-garde. The interior is spacious, with an intuitive centre stack and serviceable entertainment system. But the insides are staid and, aside from a small dashboard screen that shows driving modes and fuel consumption, they belie all the technology under the hood. Handling is also solid but unspectacular: roughly what you would expect from a mid-size, mid-range SUV. 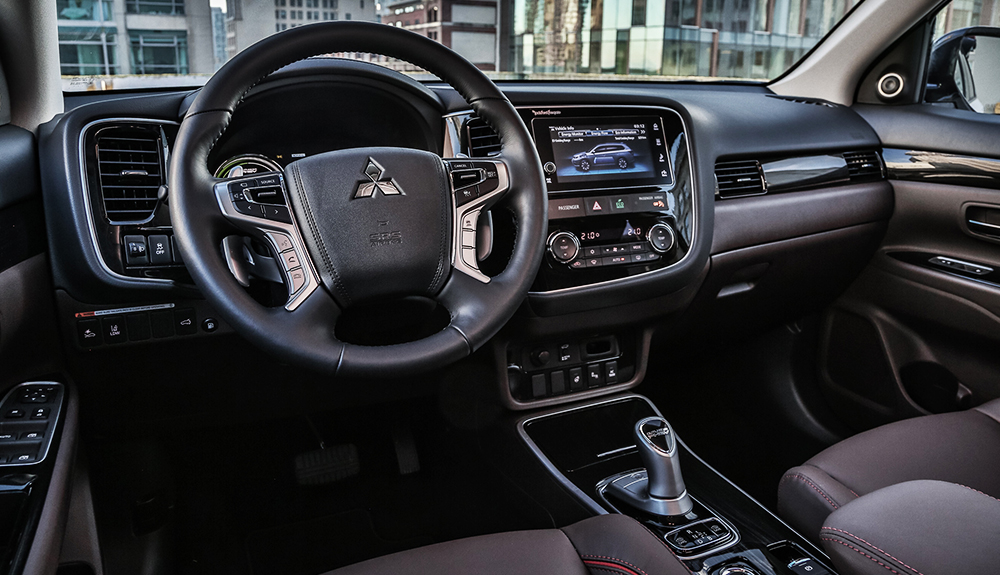 One thing the Outlander really has going for it is price; the starting MSRP is $42,998. But because it’s a plug-in hybrid, it’s eligible for $7,000 in government rebates in Ontario. That puts it right around conventionally powered mid-size SUVs like the Mazda CX-9 and the new Volkswagen Atlas, though both those vehicles can seat seven.

To buy or not to buy?

While the Outlander is new to Canada, it’s been on sale in Europe since 2013. Mitsubishi says it’s the world’s best-selling plug-in hybrid crossover, with more than 100,000 vehicles sold. The company has called the vehicle groundbreaking, and five years ago, that might have been true. But today hybrids feel more like incremental steps. The range of purely electric cars is growing by the month, and it’s not going to be long before big vehicles can be powered by batteries alone. (After all, Tesla is working on a battery-powered semi truck.)

Still, for eco-conscious families who want the space of an SUV today, the Outlander is really in a class of its own. And if you’re like the average Canadian, who only commutes about 15 kilometres a day, owning an Outlander means you could go the entire workweek without filling up. With gas prices rising to levels we haven’t seen in years, that could be reason enough to consider this Mitsubishi.

Get up to speed with the latest car trends

Learn more about the vehicles and concepts from the 2018 Canadian International AutoShow that will change the way we drive in the future. And find out why these four electric cars will be making headlines.

If you’re shopping around for auto insurance, click here to get a complete quote.