3 Powerful Compact Cars You'll Want to Take on the Road

These turbocharged hatchbacks may look small, but they sure are mighty

When manufacturers started plugging horsepower-laden engines into diminutive compacts, they happened upon a recipe that delighted large swaths of the driving public. With the wick currently cranked up to around 300 horsepower, these vehicles will reliably liven up your morning commute.

This high-performance hatch boasts 350 horsepower funnelled through all four wheels. Computers allocate power front and rear as they see fit, and the drift-mode button allows for easy control. A stiff but sporty chassis reveals its greatness on open, twisty roads. And the aggro styling and bold colours will certainly get drivers noticed. Keep the fun going when the snow flies with a set of Michelin winter tires offered by Ford specifically for the RS. 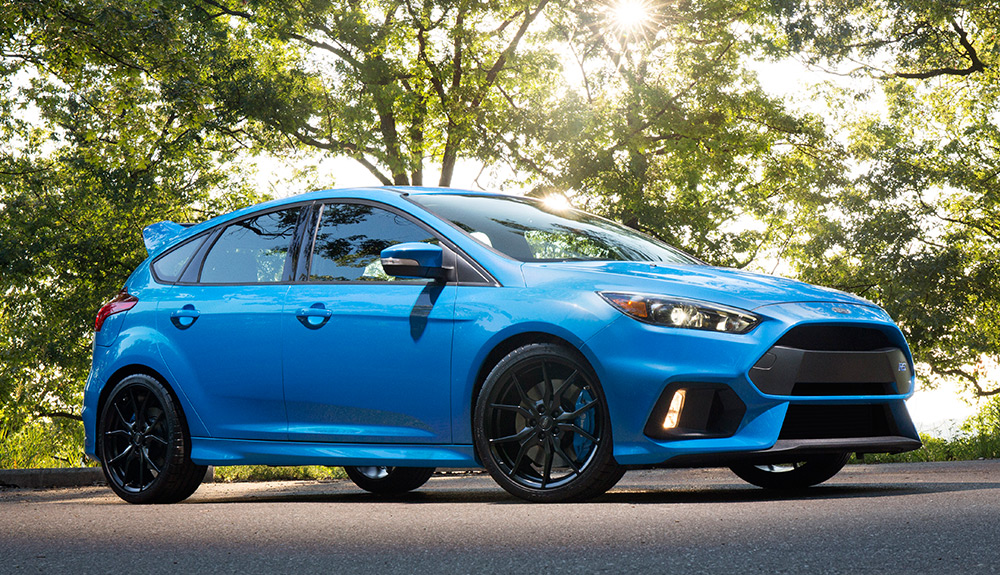 While other hot hatches make heavy use of red interior stitching, the RS chills out with blue thread on the leather-wrapped steering wheel.

The new Civic Type R made its Canadian debut this year, complete with 20-inch performance tires, a new dual-axis front suspension and scalpel-sharp handling dynamics. With a 306-horsepower turbocharged four-cylinder and a rear wing worthy of a Fast and Furious movie, the six-speed manual Civic claimed the fastest front-wheel-drive lap time at the Nürburgring racetrack in Germany.

Not one, not two, but three chrome exhaust pipes centred at the back.

Volkswagen Golf R: a reinvented classic that’s still got it 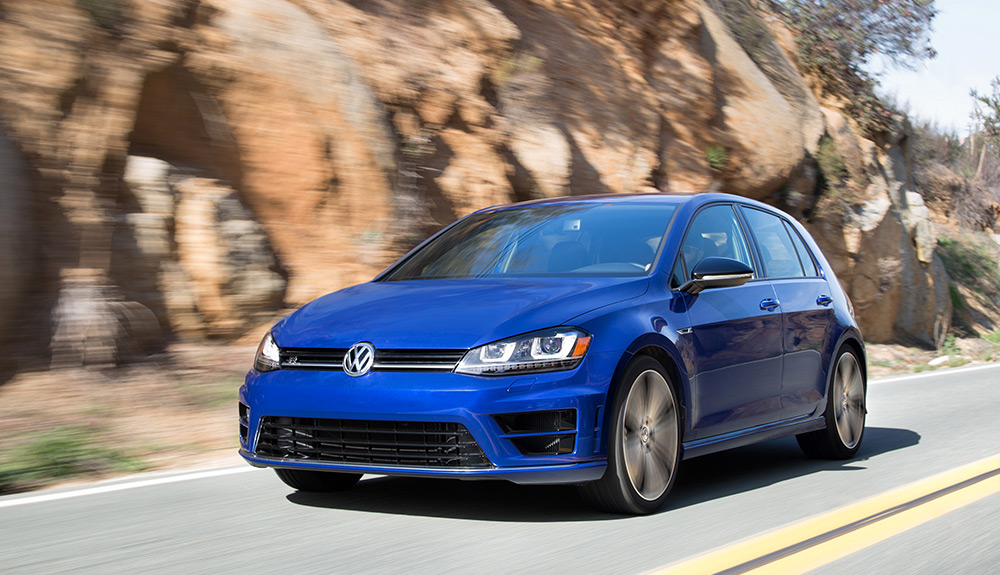 With the R badge on everything from the black leather seats to the brake calipers, you won’t soon forget what you’re driving.

Looking for a more practical choice? These four cars are the cheapest to insure in Canada. Check out more car reviews from CAA Magazine here.