New Crossovers to Watch For in 2018

There’s no doubt about it: Canadians love their crossovers and small SUVs. During the first half of 2017, 10 of the 20 top-selling cars in our country were reportedly multi-purpose vehicles. That’s a dramatic jump from a decade ago, when station wagons and minivans were the people movers of choice.

Thanks to that popularity, automakers have jumped wholeheartedly onto the crossover/SUV gravy train, giving buyers a wealth of options. Here are five new models for 2018 you may want to check out.

Show off your personal style in the Hyundai Kona 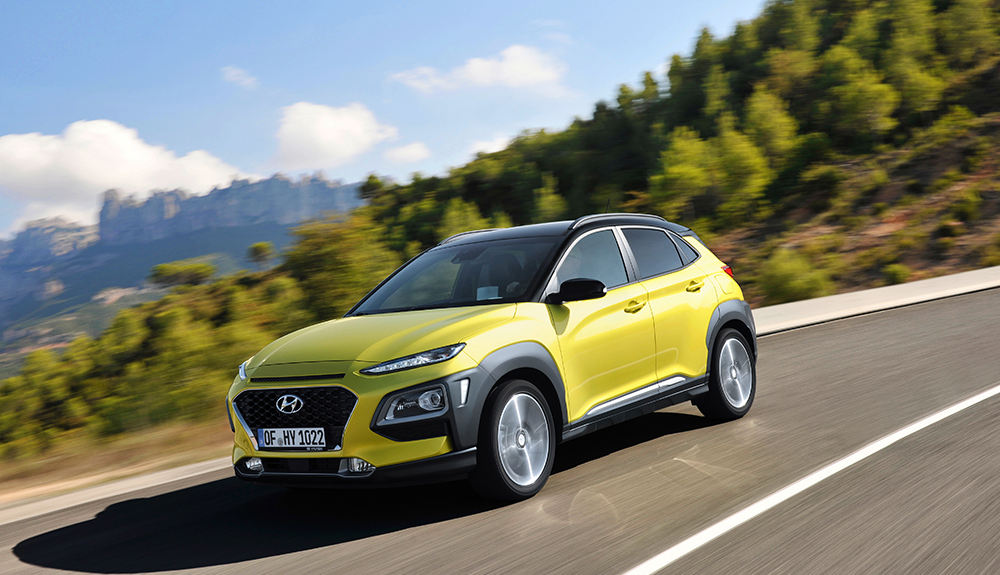 Hyundai is taking aim at millennial buyers with the brightly coloured and boldly styled Kona. Set to go on sale in winter 2018, Hyundai says the small SUV will offer “uncompromised individuality” (insert snowflake joke here). It will also have loads of tech, including a wireless smartphone charger and a futuristic head-up display.

This pint-sized crossover, powered by a 1.0-litre, three-cylinder engine, is also targeting the younger set. (The vehicle was unveiled on Snapchat by millennial fave DJ Khaled.) With features like a backup camera, infotainment touchscreen and Wi-Fi hotspot, it has all the requisite gadgetry. Higher-end models will get you four-wheel drive and a more powerful 2.0-litre engine.

Go from work to weekend in the Subaru Crosstrek

Redesigned for 2018, this compact crossover is a capable off-roader and refined daily driver (see our review here). Outdoorsy types will like the all-wheel drive, standard roof rails and extra ground clearance. City folk get a suite of tech—including a blissfully simple infotainment system—and plenty of get-up from Subaru’s 2.0-litre Boxer engine, which spits out 152 horses.

Thrill to the open road in the Alfa Romeo Stelvio Quadrifoglio

At the top end of the SUV spectrum is the obscenely powerful Stelvio Quadrifoglio. With a class-leading 505 horsepower, it’s capable of hitting 285 km/h and recently set the record for the fastest lap ever by an SUV at Germany’s famed Nürburgring track. But all that power won’t come cheap: expect a price tag in the neighbourhood of $100,000 when it hits dealerships.

Run around town in the Nissan Kicks

Nissan is also jumping into the brightly coloured compact-crossover game with the four-cylinder Kicks. (Amazingly, it’s the sixth member of the carmaker’s crossover/SUV lineup.) Due to hit dealerships in June 2018, it’s being pitched squarely at city drivers, especially the type of person who just can’t live without Bose speakers in their headrests.

In the market for a new ride?

Get excited about 3 Powerful Compact Cars You’ll Want to Take on the Road or discover the Super Van: Why the 2018 Honda Odyssey Is a Luxurious Surprise.

Or check out the 2018 Canadian International AutoShow to see other new models and stop by the CAA booth.

No matter what you’re driving, CAA Auto Insurance can help protect you while you’re out on the road.