Canada’s Top 4 Summer Events Not to Be Missed

Take a trip across our great nation to experience these epic events, from theatre festivals to rodeos

What’s on your travel bucket list this summer? Canada has a big backyard worth exploring, and there are a zillion places to see and things to do from coast to coast to coast.

To narrow it down, we asked Patricia Schultz, author of 1,000 Places to See Before You Die: A Traveler's Life List and a lifelong Canada lover, to share her top Canadian summer events. She chatted with us about the Calgary Stampede, the Toronto International Film Festival, Edmonton International Fringe Theatre Festival, and Montreal International Jazz Festival—events she says everyone should experience in their lifetime.

Get into the smooth sounds of the Montreal International Jazz Festival

Music lovers from around the world flock to the Montreal International Jazz Festival, a ten-day celebration that takes place during the last week of June. Ranked as the world’s largest jazz festival in the Guinness World Records, it’s been running for nearly 40 years and attracts an estimated two million visitors annually.

Every year, the city becomes a vivacious venue that features hundreds of musicians performing ticketed concerts on indoor and outdoor stages, plus some free shows. Expect to see some A-list artists on the program, but also rising stars debuting their musical talents here. 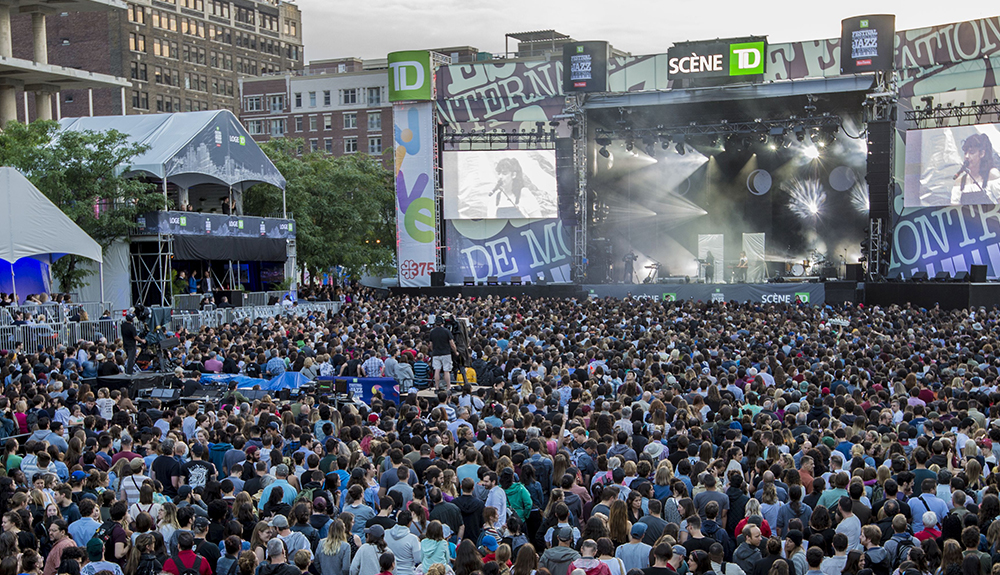 “[It’s] magnificent, because the quality of performers is out of this world,” says Schultz. “[The festival] draws the crème de la crème. A lot of the [musicians] I’d never heard of, but know that they’re the names you’re going to be hearing about. It’s just out of this world—probably one of the top three [jazz festivals] in the world.”

Catch your first rodeo at the Calgary Stampede

Saddle up! For ten days in July, Calgarians don their cowboy and cowgirl hats and let loose at the Calgary Stampede, known as the Greatest Outdoor Show on Earth. It’s a giant celebration that features one of the world’s largest rodeos, as well as chuckwagon races, midway rides, live music and more. But as Schultz says, the big draw is getting a taste of real-deal cowboy culture.

“It’s not Disney World or re-created for tourism,” says Schultz. “The whole cowboy thing and the Wild West is a lifestyle that still flourishes. It was very heartfelt and authentic. Boy, was it fun!”

Fun fact: the first Calgary Stampede was hosted in 1912 and has since morphed into the modern celebration. So by attending this fun-filled festival, you’re participating in a Calgary tradition.

For a dose of edgy and experimental theatre, head over to the esteemed Edmonton International Fringe Theatre Festival, North America’s oldest and largest fringe festival.

“[The festival] is kind of wild and quirky, and [has] incredible talent,” says Schultz. “You go just out of curiosity and you’re totally transfixed. It’s exciting!”

You can take in over 1,200 indoor performances across the city, some of which take place in the city’s most iconic landmarks and others of which happen in local pubs or bookshops. Another bonus? Edmonton’s Fringe has special family-friendly performances and a Theatre for Young Audience shows.

Lights, camera, action! Every September, Toronto gets glammed up for the Toronto International Film Festival: one of the world’s biggest and liveliest film festivals, screening more than 300 international films.

“The whole city is just abuzz,” says Schultz. “It’s the finest [films] that you’ve heard about, [and] some that go on to be internationally recognized and awarded made inroads here.”

Binge-watching Oscar-worthy flicks is definitely a draw, as well as the prime celeb-spotting opportunities during the festival. If you hang around King Street West, you’re sure to see an A-lister on the red carpet, or, if you’re lucky, grabbing a bite at swanky bar or restaurant.

“I consider it one of the finest [festivals],” says Schultz. “I love films in general, and you can overdose on them [at TIFF].”

Looking for more ways to get out and about this summer?

Check out our picks of the best activities to take your toddler to in Ontario, or read our top 10 ways to make the most of TIFF.

Wherever you roam this season, CAA Travel Insurance can help protect your plans.