How to Have a Royals-Inspired Vacation in London

Make like Harry and Meghan, Will and Kate, and the Queen herself at these hot spots around the city

With the royal weddings of both Prince Harry and Princess Eugenie this year, all eyes are on the U.K. Even if you weren’t invited to the festivities, you can still get a taste of what life is like for the Mountbatten-Windsors on a London vacation. Here’s how to take a royal walkabout around the city.

Shop for clothes (and jewels!) fit for a duchess

While royals have access to custom couture, the Duchess of Cambridge (a.k.a. Kate Middleton) is famous for wearing “high street” clothes, too (a.k.a. outfits that the rest of us can afford). Dresses, coats and more from British chains Whistles or Hobbs are staples in her closet, so pop into a branch and choose something for your own.

Of course, no self-respecting royal would forget the jewels. Pick up look-alikes of Meghan’s engagement ring and Kate’s wedding earrings in the shops at the royal palaces.

For the real deal, splash out at Garrard, the London jewellers who created the iconic sapphire engagement ring worn by both Diana and Kate, or Cleave and Company, who crafted Meghan’s diamond stunner.

Lift a cup over afternoon or high tea at the Diamond Jubilee Tea Salon at Fortnum & Mason. The department store has had royal links from the beginning—co-founder William Fortnum worked as a footman for Queen Anne and started off selling her half-used candle wax—and Her Majesty herself showed up in 2012 to open this serene space, accompanied by daughter-in-law the Duchess of Cornwall and granddaughter-in-law the Duchess of Cambridge. After enjoying a hot cup, pick up a tin of Wedding Bouquet tea, a limited edition created to celebrate Harry and Meghan’s nuptials.

Looking for a livelier scene? Put on your dancing shoes for a night out at Mahiki, a tiki-themed bar with locations in Kensington and Mayfair where the younger generation of royals has been frequently photographed.

Dine at one of Her Majesty’s favourite restaurants

Though the Queen has a veritable army of private chefs at her disposal, she’s also been spotted dining at Bellamy’s, a French brasserie in London’s Mayfair neighbourhood, and the restaurants at luxury hotel Claridge’s (which also hosted the soirée for her 40th wedding anniversary with the Duke of Edinburgh). 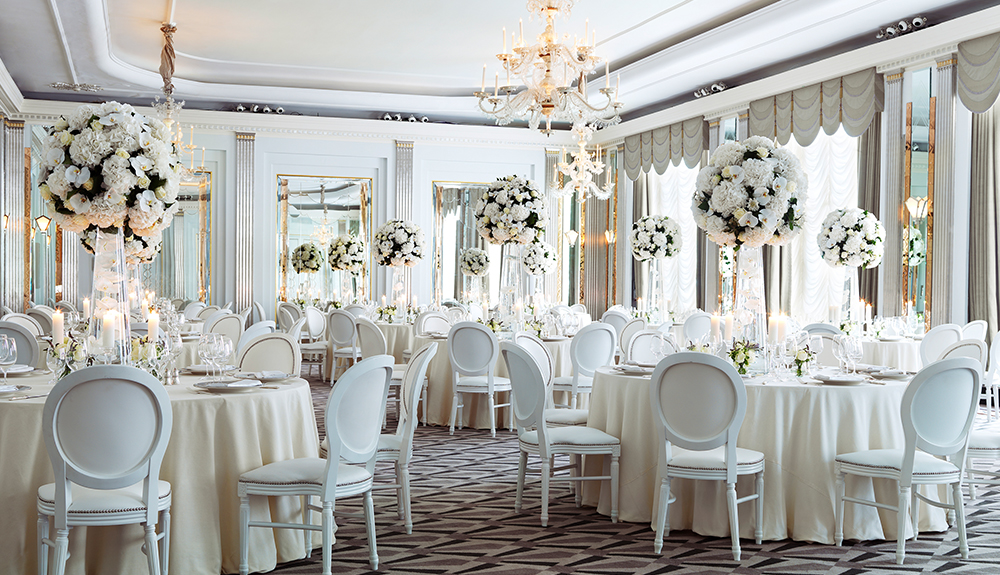 More casual royal-approved fare can be found at the trendy Chiltern Firehouse, where everyone from Princesses Beatrice and Eugenie to Meghan Markle has eaten—or at Waitrose, the upscale grocery store that holds a royal warrant.

You can’t spend a night at Buckingham Palace, but the service and ambience at a hotel like The Goring will make you feel like royalty. Not only was it popular with the Queen Mother, who inspired a lobster-and-eggs dish that’s still on the menu, it’s where the Duchess of Cambridge and family spent the night before her wedding.

If you’re more of a royal history buff, book a stay at Georgian House, a circa-1719 residence on the grounds of Hampton Court Palace, home base for Henry VIII. Once a kitchen for George, Prince of Wales, the house is now a retreat managed by the Landmark Trust and allows visitors a peek into the palace’s halls and gardens.

Take home a souvenir worthy of a sovereign

Thanks to the practice of royal warrants, it’s no secret who supplies what to the Queen. So bring home a few souvenirs yourself—or have them shipped directly to your own castle.

Record any royal sightings (or just your impressions of London) in a notebook from Smythson, a stationer known for indulgent yet practical leather planners with lightweight paper that grace palace desks. Sniff out your ideal custom scent or select from a house blend at Penhaligon’s, whose founder was appointed barber and perfumer to the court during Queen Victoria’s reign.

Or look for a bottle of English sparkling wine from Chiltern Valley, a winery and microbrewery that was the first of its kind to garner a coveted royal warrant. It’s the perfect thing to pop when Harry and Meghan make their way to the altar. To accompany: nibbles like chocolate-covered ginger cookies from Duchy Organic, made partly from products grown on the Duke of Cornwall’s farms and sold at—where else?—Waitrose.

Looking for other unusual escapes?

Here’s what not to miss on a day trip to Strasbourg, France, and four incredible forests that are well worth the visit.

And whether you’re headed out on a royal tour or an ordinary weekend away, stay protected with CAA Travel Insurance.