7 of the Most Spectacular Waterfalls in the World

From the snow-covered cascades of Iceland to the towering falls of Peru, you don’t want to miss these marvels

Few natural phenomena can match the power and grace of a waterfall. But with scores of dramatic cascades spread across the globe, which ones should you visit? Here’s our list.

At 979 metres high, this waterfall in eastern Venezuela is the tallest in the world. Set amid stunning table-top mountains, it’s so towering that its waters are scattered into spray before they reach the ground.

This two-step, 771-metre cascade was unknown to the outside world until a German economist working on an archealogical expedition in the Amazonas stumbled on it in 2002. Located in a remote part of the Andes, it’s reputedly feared by locals, who say an evil mermaid lurks in the pool at its base.

Know locally as the “smoke that thunders,” this two-kilometre-long cascade is one of the most spectacular sites in Africa. During the rainy season, more than five million cubic metres of water tumble off its basalt cliffs every minute, creating a mist visible from several kilometres away. 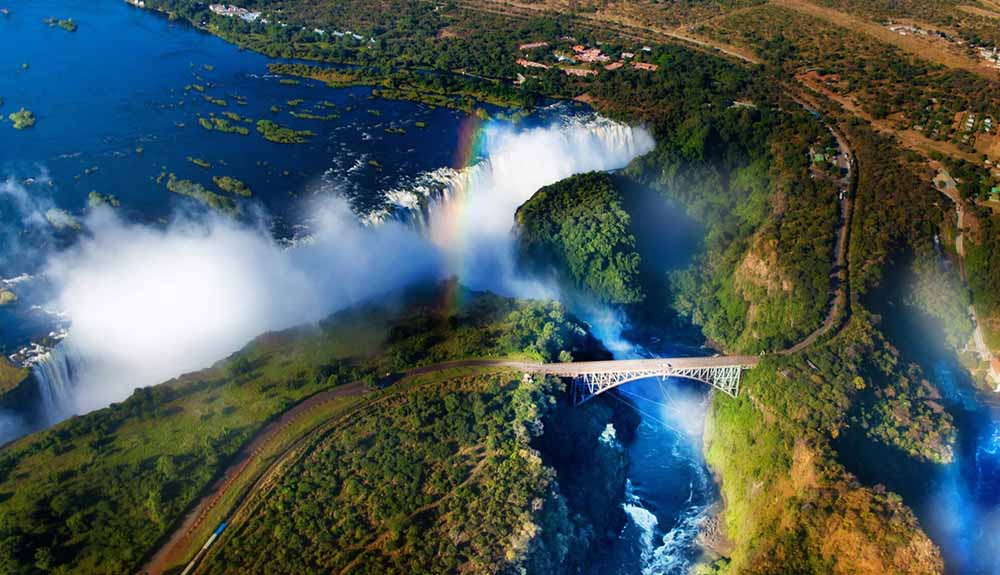 About 12 million people make the journey to this site every year—and for good reason. While the falls aren’t the highest—some 500 other cascades are taller—they’re among the world’s most powerful. Above the falls, the current reaches speeds of 40 kilometres an hour, and every second, 600,000 gallons of water course over the precipice.

Set in the mist-cloaked mountains of northern Peru, this cascade plummets 896 metres in a series of four spectacular steps.  It falls from the same plateau as a half-dozen other jaw-dropping waterfalls—one of the finest clusters of cascades in South America.

Located on the tundra of northern Iceland, this cascade (the Waterfall of the Gods, in English) is especially stunning in the spring, when its waters break free from their icy tomb. According to legend, it was here, about 1,000 years ago, that a leading holy man threw statues of Norse gods over the falls, symbolizing Iceland’s conversion to Christianity and giving this natural wonder its name.

These twin falls are far from the tallest in the world—they reportedly max out at 30 metres—but they’re surrounded by a sublime backdrop of rugged limestone mountains. While the pool at their base looks serene, it’s best to jump on a bamboo raft for a close encounter with the falls instead of swimming.

Read about the off-the-beaten-track destinations that pushed our writers’ travel boundaries in the Winter 2017 issue of CAA Magazine.