Get Excited About 50 Years of the Canadian Grand Prix

The biggest single-day sporting event in Canada isn’t the deciding game of the Stanley Cup playoffs. It isn’t the Grey Cup, the World Series or the RBC Canadian Open golf tournament. The biggest single-day sporting event in the country is the Canadian Grand Prix, which attracts roughly 130,000 fans to the man-made island Île Notre-Dame—another 90 million watch the global television feed—and transforms the city of Montreal into a cosmopolitan carnival.

“For the spectators, it’s a great race because they can take [public transit] there and then walk across the bridge to the track,” says long-time Formula 1 TV broadcaster David Hobbs. “The drivers and the teams also love it because the city gets behind the event—the hotels, the restaurants, the clubs. It’s a race that everybody looks forward to.”

Where the Canadian Grand Prix First Flagged Off

The already-treacherous circuit was so slick that Road & Track likened it to “grease on a glass doorknob."

Fifty years ago this August, Hobbs and local champion Eppie Wietzes were two of the 17 drivers who took the green flag for the inaugural Formula 1 edition of the Canadian Grand Prix. A race called the Canadian GP had been held in previous years for sports cars, but 1967 marked the first time that F1—the pinnacle of international motorsports—came to Canada. 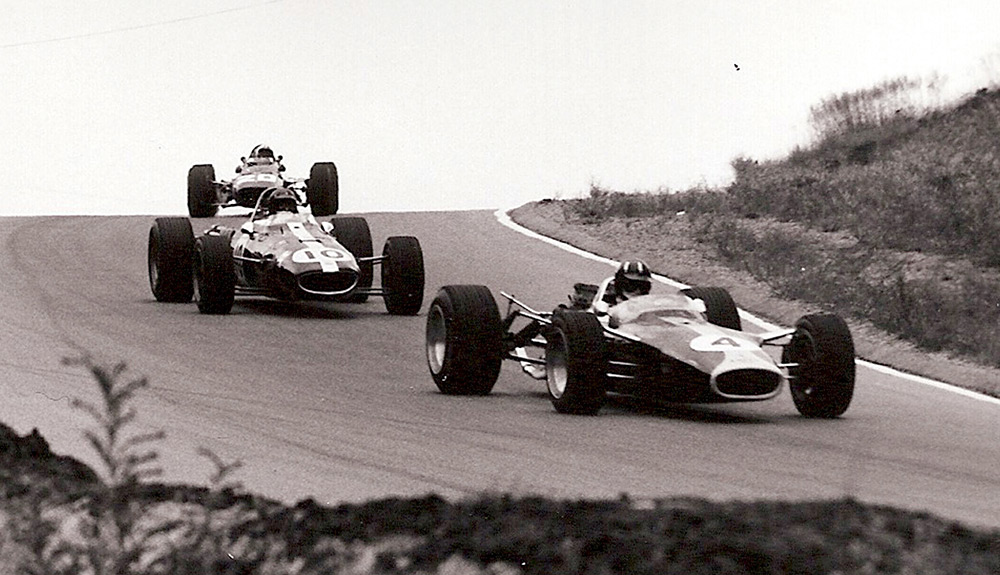 More than 50,000 race-day fans trekked to Mosport, about 96 kilometres northeast of Toronto. “When the race began,” Wietzes recalls, “it started to rain.” Heavy rain. The already-treacherous circuit was so slick that Road & Track likened it to “grease on a glass doorknob.” One driver spun on the pace lap, and during the nearly three hours that followed, numerous others followed in his damp tire tracks.

Hobbs finished ninth after calmly climbing out of the cockpit at one point to dry off the ignition when his car stopped running. Wietzes was disqualified after the electrics in his Lotus-Ford drowned, and the fans were equally waterlogged. After the race, according to a report in Competition Press, spectators mustered a “feeble cheer” for the winner, then “gathered up their dripping blankets, collected their mud-splattered offspring and joined the five-hour traffic jam on the narrow country lane leading back to civilization and, hopefully, a good hot bath.”

From this sodden start, the Canadian GP has grown into one of the best-attended and best-loved races on the F1 schedule. Wietzes got another shot at the race in 1974 in a white Brabham festooned with bright red maple leaves. But he’s best known in Canadian Grand Prix lore for serving as Formula 1’s first-ever safety car driver in 1973, during another rain-blighted race so confusing that the results are still the subject of debate.

The first race in Montreal also became the most memorable when it was won by native son Gilles Villeneuve.

Although Mosport is rightly lauded as a driver’s circuit, the key to the Canadian Grand Prix’s ongoing success was the decision to move the race from rural Ontario to the metropolitan heart of Quebec in 1978. Roger Peart, a stalwart of the Canadian motorsports community, came up with the inspired idea of holding it on the idyllic grounds of Île Notre-Dame and fashioning a circuit out of the roads that had been built for—and largely abandoned since—Expo 67.

“The day I got the go-ahead was the day of the first big snowstorm of the winter,” Peart says. “I couldn’t see a damn thing because of the snow, so I had to use my imagination. The timetable was ridiculously short.”

The first race in Montreal also became the most memorable when it was won by native son Gilles Villeneuve. “This is the happiest day of my life,” Villeneuve said after scoring his maiden F1 victory—and becoming the only Canadian to win the Canadian GP. (His son, Jacques, finished second in 1996.) Peart laughs heartily when he’s asked about the storybook finish. “To this day,” he says, “I still get asked ‘How did you manage to fix the race?’” 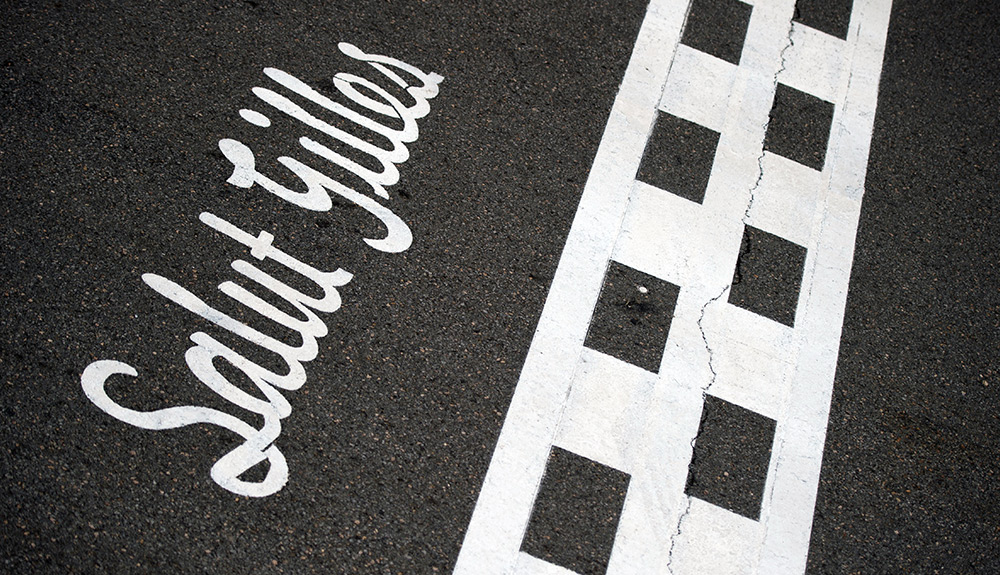 The verdant nature of the track and the dramatic scenery—which includes the Biosphere and the Casino de Montreal—make it a perennial favourite with fans and drivers. The best-known feature of the circuit is the quick, daunting chicane leading onto
the front straight. For many years, the outside wall bore the legend “Bienvenue au Quebec.” But after a series of top drivers—including Jacques Villeneuve—crashed into it, it became known, with tongue planted in cheek, as “The Wall of Champions.”

With its combination of long, high-speed straights and tight, technical corners, Circuit Gilles Villeneuve—the official name of the track—poses a uniquely difficult challenge for teams and drivers. “The track always delivers a pretty fascinating race,” says cyber security executive Mark McArdle, a lifelong F1 fan who regularly attends the Canadian GP. “One that stands out for me was the ‘Noah’s Ark’ race in 2011. The two-hour rain delay really separated the diehards from the casual race fans.”

What makes it cool is that you’re really in the city.

Another race for the ages was run in 1995, when Frenchman Jean Alesi scored his first—and last—F1 victory while driving a Ferrari bearing number 27, made famous by Gilles Villeneuve. “When I realized it was possible to win,” Alesi said later, “I started to cry and I couldn’t see the road because whenever I braked the tears were going onto my visor.”

The crowd went berserk. (“Each time I passed in the lead,” Alesi said, “they rose like a single person.”) Then again, the fans at Montreal always have a good time. The city—which celebrates its 375th birthday this year—knows how to throw a party. The race-weekend revelry tends to reach epic proportions not only at the track, but also during the Crescent Street Grand Prix Festival—a three-day street fair that draws about 500,000 partygoers—and at the many bars, shops and restaurants on or around Rue Sainte-Catherine, the main commercial artery in town.

“What makes it cool is that you’re really in the city,” says Lance Stroll, an open-wheel racing wunderkind who grew up 20 minutes from the track and attended the race annually. “The crowd is really into the race. The city is buzzing.”

This year, at 18, Stroll made his F1 debut as the newest driver on the Williams Martini Racing team, and when he competes at the Canadian Grand Prix on June 11, he’ll be the first Canadian to race in his home F1 event since Jacques Villeneuve crashed in Montreal in 2006. “There will be a lot of Canadian fans there this year,” McArdle says. But none more rabid than Stroll himself.

“It’s not the flashiest Grand Prix,” he says. “The paddock is a bit small and not the most comfortable. It’s kind of old school. But that’s what makes it unique. The crowd is closer to the track. The grandstands aren’t huge, and the runoff isn’t massive. But I love that. It’s just a pure racing event.”

Pure and still going strong, 50 years after its rainy debut.

Curious about other locations where Formula 1 races take place? Learn more about the variety of international venues here.