How to struck success with 'workin' moms.'

A few years ago, Catherine Reitman was a struggling actress living in a “constant state of rejection.” Today, the 37-year-old is living in Toronto and filming the CBC comedy Workin’ Moms, which she produces and stars in.

We spoke with Reitman about that career turnaround, the challenges of being a new mother and what it’s like being part of a famous Hollywood family.

CAA: Workin’ Moms follows the lives of four mothers who are struggling to balance their family and professional lives. Where did the idea come from?

CR: After giving birth to my first son, Jackson, I went back to work probably too quickly and experienced some pretty severe postpartum depression. I brought it up in mommy groups and with friends and my own mother, but it didn’t seem to be a conversation that anyone wanted to have—like it was contagious or something. That led to me writing a few scenes…and here we are in the middle of Season 3.

CR: Yeah, sure. We talk a little bit of shop. [But] it’s less about fantasy and Hollywood and glamour, and more “Hey, I did an 18-hour day and the twins I was working with didn’t want to be held. And their mom’s giving me the stink eye. And I’m losing daylight.”

CAA: I heard you pitched the idea of writing a medical dramedy to your dad and he said, “Leave that to Aaron Sorkin.”

CR: That’s the truth. He’s always giving it to me straight. [But] he’s also my biggest cheerleader. I talk to him almost every day. He asks me about what I’ve accomplished on set, how am I handling the fires. I won the lottery as far as dads go.

CAA: Before Workin’ Moms, your acting career had stalled. You said you were living in a “constant state of rejection,” right?

CR: Oh man. Being an actor generally sucks. There’s a concern, especially as a woman, about how long [your career] will last. For me, the only way to get out of it and find a little control in my life was to write. 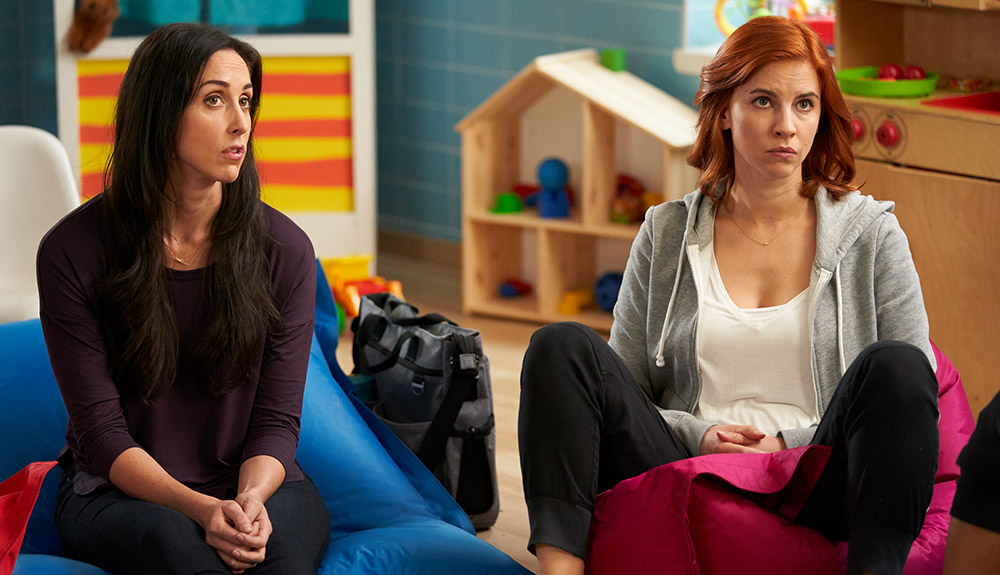 CAA: Season 2 ended on a heavy note. Your character, Kate, discovers that her husband is cheating on her. Where is Season 3 heading?

CR: Season 3 really explores Kate having an “aha” moment, realizing where life has landed her and what she wants to do now.

CAA: What’s your grand plan for the show? Do you know how this is going to end?

CR: Everybody’s dead. We’re in a cemetery, four tombstones. Nathan [Kate’s husband] walks away, smoking a cigarette. [Reitman laughs.] I wish I could say I know how it is going to end, but I don’t.

Find out what it was like to be Canada’s first female astronaut from Dr. Roberta Bondar and see what Hayley Wickenheiser has been up to since her retirement from the national women’s hockey team.

Image credit: Matt Barnes and courtesy of the CBC