Did You Know Russell Peters is an Avid Traveller?

In the world of Canadian comedy, nobody travels more than Russell Peters. On his last tour, the 47-year-old Brampton, Ont., native—ranked by Forbes as one of the highest-paid stand-up comedians—took his brand of multi-racial mirth to over 26 countries. His current Deported World Tour will put him before sold-out audiences from Australia and New Zealand to Asia, the Middle East, Africa, Europe, the U.K., the U.S. and Canada. We caught up with Peters to talk about globetrotting and his CTV series, The Indian Detective.

CAA: What was your first car?
RP: A 1992 Saturn SL; it cost $6,000 brand new. It was the base model and literally only came with a driver-side mirror! The passenger side was a model up, but my father splurged and bought me a passenger-side mirror.

CAA: What is the best drive you ever took?
RP: I live in Las Vegas and I love the drive to and from L.A. It’s fantastic for listening to music and clearing my head.

CAA: You’re on the road a lot. What do you enjoy about travelling?
RP: I love travelling. I love airports and staying in hotels. I’m a bit of a geek when it comes to the latest planes and who has the best first class (Emirates!). 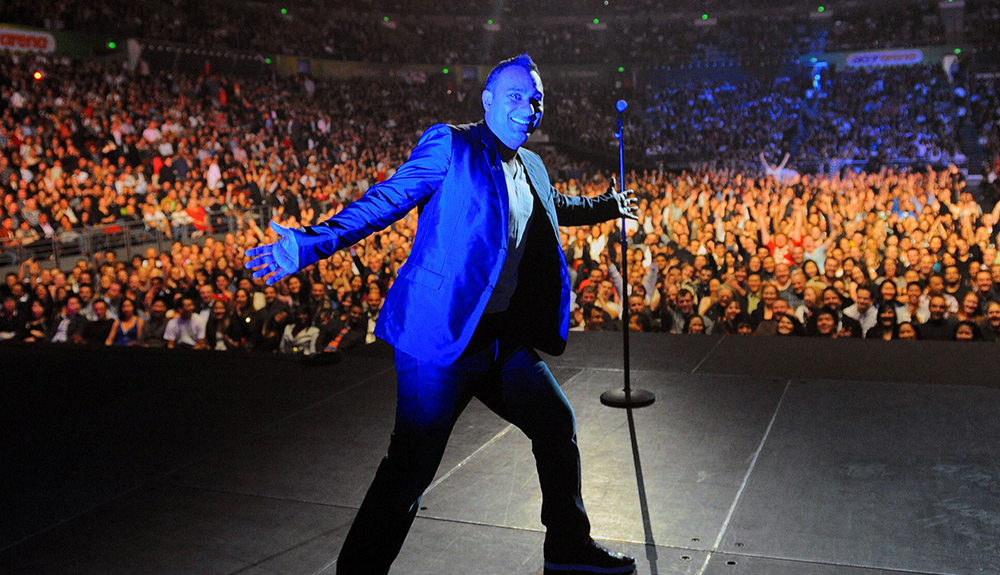 CAA: Are there any good travel tips you’ve picked up?
RP: Always have a shoehorn in your carry-on luggage (it helps get your shoes on quicker when going through security); if Departures is really busy, get dropped off at Arrivals and take the elevators up (or down); always check and see if an upgrade is available, whether for free or for purchase (sometimes it’s relatively cheap, and you’ll be more comfortable).

CAA: Much of The Indian Detective was shot overseas. How important are the locations to that series?
RP: I would love to have filmed more of the show in Mumbai, not just for more authenticity, but because I just love being in Mumbai. We literally cut back and forth between Cape Town, South Africa; Mumbai, India; and Toronto, Canada, all in one scene on the show. Filming on location is always fun—more energizing than filming in studio.

CAA: Is there anywhere you haven’t been yet, but you’d like to visit?
RP: I haven’t been to Japan and I’m finally going to perform a small show in Tokyo as part of my Deported World Tour. I’m really looking forward to that. Also Brazil, because I train Brazilian jiu-jitsu and would love to go there to really understand its origins.

CAA: If you could sit next to anyone on an airplane, who would it be?
RP: I would love to sit beside Neil deGrasse Tyson on a long flight and just talk about astrophysics. To be more accurate, I would be asking questions, and he would be giving the information.

We talked to Dr. Roberta Bondar about what it’s like being Canada’s first female astronaut and asked Ricardo Larrivée for Canadian culinary highlights that shouldn’t be missed. Find even more interviews with famous Canucks in our People section.