You’ll Never Guess Where This Famous Podcast Is Made

Terry O’Reilly, host of CBC Radio One’s Under the Influence, might just have the sweetest recording studio around. The former ad exec lays down his show in a converted 1969 Airstream trailer.

For O’Reilly, 59, the 18-foot-long mobile studio has been a godsend, allowing him to record his show—a deep dive into the world of marketing—from just about anywhere. We recently spoke with O’Reilly about the trailer, his show and his decision to give up the workaday world. 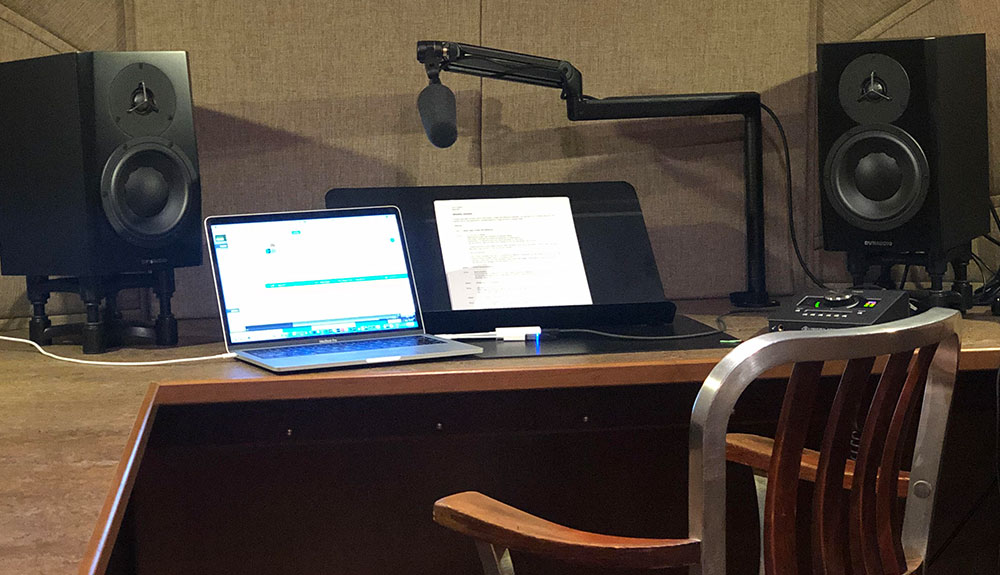 CAA: Under the Influence has been on CBC Radio for 14 years. I hear you were surprised they ever gave it a chance.

TO: We pitched our show to CBC on a lark. We didn’t think they would be remotely interested. It was advertising-free CBC, and it was a show on advertising. But they took us on as a summer replacement series, and the feedback was wonderful and curious and optimistic and encouraging.

CAA: The podcast version of the show has now been downloaded more than 25 million times. Why is it resonating with people?

TO: You would think that my topic would be of no interest to the general public. But I really think it’s because I tell stories. I’m always trying to explain human nature on the show.

CAA: How did the Airstream come to be?

TO: I live in Creemore, Ont., which is just south of Collingwood. I would have to drive into Toronto once a week to record the show. I was talking to my wife one morning about how difficult that was, and she said to me, “Could you not build a studio inside an Airstream trailer?” A light bulb just went off. I said “Yes!” That moment changed our lives.

TO: It is totally liberating. I’m not tethered to Toronto. It’s parked right outside my door. I get a cup of coffee, walk outside into my beautiful trailer and record my show.

CAA: Why did you choose an Airstream?

TO: I have always loved Airstreams. I love the vintage look. I love the silver aluminum. I love the shape of them. If you ever see a trailer in commercial, it’s always an Airstream. Art directors love them.

CAA: You bought the Airstream in 2016 and started recording in it a year later. Are there any sound challenges related to being inside a 50-year-old aluminum tube?

TO: Once we figured out the acoustics—that took a lot of consultation with sound experts—it was pretty wonderful. The only time I can’t record in there is if there’s a torrential downpour. I will eventually hear it tapping on the roof.

CAA: Is there anywhere you really want to take the trailer?

Singer Jann Arden shifts into TV with a new show and comedian Russell Peters has some travel tips for you.