Hayley Wickenheiser is redefining the word “retired.” The 39-year-old hockey legend officially stepped away from the game this year, capping a career that included four Olympic gold medals, seven world championship titles and a host of individual scoring records. For most, that would be a life lived. But not for Wickenheiser, who spoke to us about the state of women’s hockey and her plans for the future.

CAA: In January, you retired after 23 years on Canada’s national women’s hockey team. Why?

HW: With the other things I want to do in my life, I just felt it was the right time. I was on the national team at 15—it’s all I’ve ever known. It was a big decision for sure and something I didn’t take lightly. But as a female hockey player, you go into your career knowing that you’re going to have to have a life after hockey. 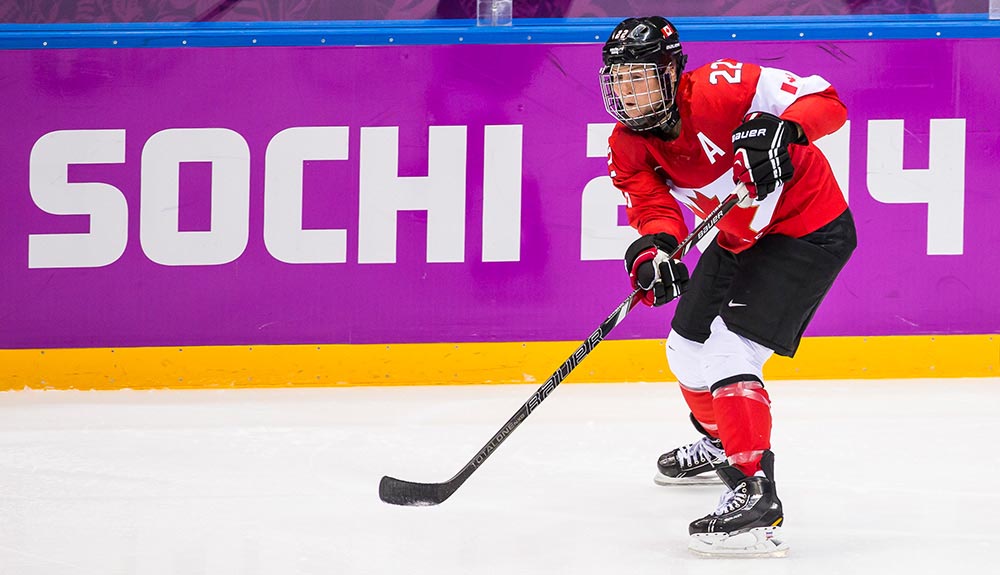 CAA: Your post-hockey plan is pretty atypical; you’re about to enter medical school. Why?

HW: I wanted to play in the NHL and if I wasn’t, the only other thing I saw myself doing was being a doctor. I want the opportunity to make a difference. Also, [medicine] is a fast-paced environment. It’s never the same thing twice. You’ve got to make split-second decisions. You’ve got to train. It’s everything I’ve done in my hockey career.

CAA: Has stepping away from the game been difficult?

HW: My parents are both schoolteachers and I was raised with an understanding of the importance of education and being a balanced human being, not just an athlete. I’ve always had an interest in other things as long as I’ve pursued hockey. I think it has helped make the transition pretty seamless.

CAA: Through your company, Wick Hockey, you’re also working to develop women’s hockey overseas. Tell us about that.

HW: Developing international hockey is a big thing to me. We’re in the process of doing two camps [in China], one in Shanghai and one in Harbin. The survival of women’s hockey depends on other nations’ also being strong and growing the game.

CAA: You capped your career by playing in the Canadian Women’s Hockey League (CWHL), which has struggled financially in recent years. What’s behind those struggles?

[Also] I think there is enough talent to field a league with four to six teams [stocked] with the best players in the world. But there are two leagues right now: the National Women’s Hockey League and the CWHL. So it’s a watered-down scenario. 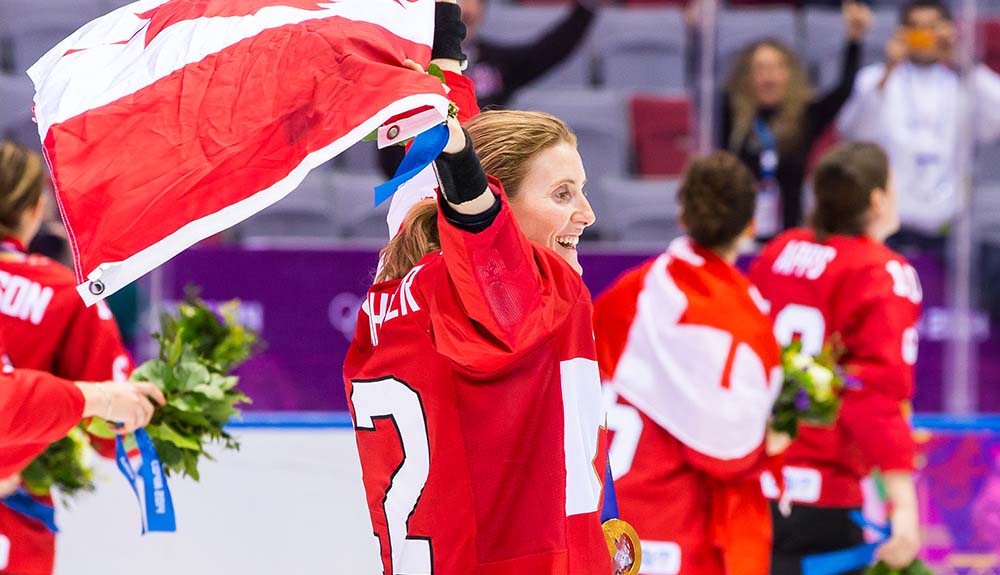 CAA: What needs to change?

HW: It’s very simple: the two leagues have to combine into one. And then you need the people that pull the strings in broadcasting to believe in this.

CAA: Given that, how long will it be before women are paid well to play hockey?

HW: I think it’s still gonna be a ways away, probably another four to five years. But it is starting to come. I’ve had conversations with some of the top dogs at CTV and CBC, and they know that there’s an economic reason for supporting women’s hockey. I think people are just not quite sure how to do that.

CAA: You’ve won four Olympic gold medals, many of those in epic clashes against the Americans. Will you miss those battles?

CAA: So, any desire to step back on the ice?

HW: Um…not really. I still train every single day. I love to be fit and strong. It gives me my sanity. I definitely still love the game and I think that you will see me back in some capacity, but not as a player.

Find out more about famous Canadians