Dr. Roberta Bondar on the 25th anniversary of her trip to space aboard Discovery—her mission then, and now

In 1992, when Dr. Roberta Bondar stepped into the space shuttle Discovery and made history by becoming the first neurologist in space and Canada’s first female astronaut, the experience not only changed her perspective, it helped guide her life’s work. As a scientist, photographer and guest speaker, Dr. Bondar is much in demand, but took time from her hectic schedule to speak with us.

CAA: How did your flight into space change you as a person? CAA: What was your favourite memory of the mission aboard Discovery?

RB: The most treasured experience of the whole flight was being able to see Canada from space. It gave me a great sense of pride, accomplishment and a feeling that I was doing something for my country at a time in my life when everything came together—all of my education.

CAA: Jennifer Sidey, one of Canada’s newest astronauts, said that you inspired her career. What do you think about that?

RB: That’s one of the things we were told when we were hired in ’83—that we were expected to be the face and the voice for those who didn’t have the same kind of reach for other Canadians.

CAA: What projects are you currently doing with the Roberta Bondar Foundation that are near and dear to your heart?

RB: One is the travelling exhibition called Light in the Land—The Nature of Canada, with 14 large, exhibition photo frame images of each province and territory. They are pretty much all photos of national parks in Canada. The 14th image—a brilliant red maple tree—represents Canada.

The other program is the Bondar Challenge, which connects children with nature through the eye of the camera. We supply the cameras and ask them to photograph something they see in a natural environment and then write about it. We are hoping that they will fall in love with the environment, because obviously if you fall in love with something, then you want to protect it. 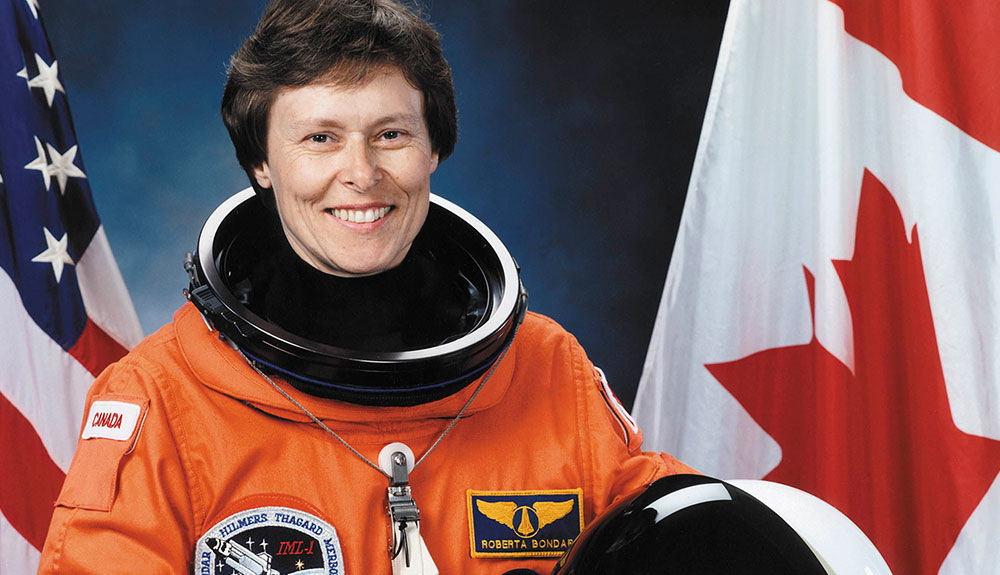 From hockey great Hayley Wickenheiser to former The National host Peter Mansbridge, CAA has interviewed a wide range of Canuck personalities. Read more about them in our People section.