Check the Arctic Ocean Off Your Bucket List With This Drive

I’m standing with a fellow journalist on a newly constructed gravel road some 2,300 kilometres north of Vancouver. The only human-made object in sight is our pickup truck. Off in the distance, pingos—enormous mounds of ice covered by years of accumulated earth—stand tall, as if a giant toddler has been making sandcastles. We haven’t seen another human being since we hit the road in Inuvik.

We’re taking a drive along the Inuvik–Tuktoyaktuk Highway, a massive construction project connecting a hamlet of 900 hardy souls to the rest of the world. Wheeled transport in and out of Tuk was once limited to an ice road in the winter, but in November of 2017, the Northwest Territories officially opened a new year-round highway. (Read about the highway’s construction in the digital edition of CAA Magazine Fall 2018.) For the first time, Canadians can drive from coast to coast to coast—Atlantic, Pacific and Arctic. The journey is as incredible as the destination. 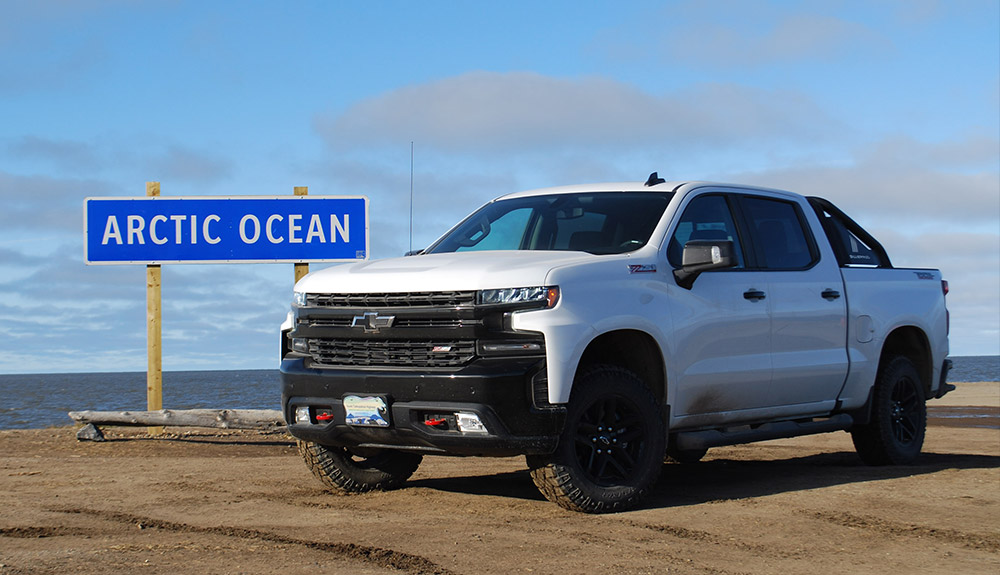 Our souped-up 4 x 4 Chevrolet Silverado rumbles along what is arguably the cleanest gravel surface in Canada. The drive is surprisingly smooth in most places, thanks to non-stop maintenance efforts, an activity that employs several local people. Still, the gravel is so deep that the Chevy fishtails if it is prodded beyond the 70 km/h speed limit.

But why rush? The view is stunning. We are surrounded by northern woods. Some of the spindly trees, referred to as “drunken trees,” lean at extreme angles. Along the 138-kilometre route, the landscape changes, becoming more lake than land. We drive along a narrow strip of terrain that winds through a seemingly endless series of lakes. At roughly the halfway mark, the environment changes again, when all the trees disappear. They’re replaced with rolling permafrost and those remarkable pingos. We’re above the treeline now—so far north we’ve passed the point where trees are capable of growing.

The welcome sign that the good folks of Tuktoyaktuk have placed at the highway’s terminus signals that we’ve arrived. The community rises from the tundra, clinging to the edge of the Arctic Ocean. A small park next to the ocean offers a photo op unlike any other in the country.

Bucket-list stuff? You bet it is. 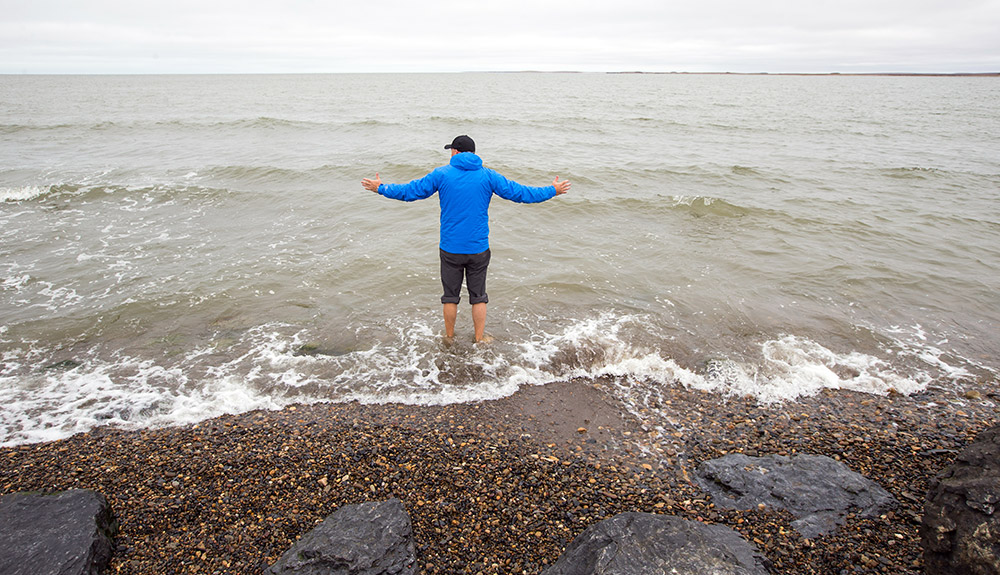 Are you an adventurous driver?

Find out if you have what it takes to drive off the beaten path with our road tripper quiz; discover these five road trips that will make you love winter; and get lost in the remote beauty of the Yukon.