Where to Experience the Best of Spring in Canada

From tracking caribou herds in the Yukon to spotting icebergs in Newfoundland, there are plenty of ways to enjoy the season of renewal. A spring road trip can ease you out of winter hibernation while allowing you to beat the summer crowds and high-season prices.

Here’s our pick of places you’ll want on your springtime bucket list.

Traverse the Icefields Parkway in Alberta

It’s considered one of the most scenic drives in the world—and springtime is one of the best times to experience it. The Icefields Parkway (aka Highway 93) runs 232 kilometres between Lake Louise and Jasper in the Canadian Rockies, winding along the edge of the Continental Divide past snow-capped mountains, ancient glaciers and melting lakes with turquoise water peeking through cracking ice.

In spring, traffic is lighter, and wildlife is more active (and easier to spot). And, given the appropriate weather conditions, visitors can book a tour on an all-terrain Ice Explorer, which takes them onto Athabasca Glacier in the Columbia Icefield.

Watch icebergs drift by in Newfoundland and Labrador

The aptly named Iceberg Alley, which stretches from eastern Labrador to the southern coast of Newfoundland, is one of the best places on earth to view 10,000-year-old icebergs. Spring is an ideal time to see them, when icebergs (edges of glaciers that have broken off into the ocean) drift here from the Arctic and Greenland. On average, Iceberg Alley sees about 250 of these hunks of ice annually.

Plenty of viewing spots are accessible by road, boat or even kayak, including Battle Harbour, Red Bay, Point Amour, St. Anthony, Twillingate, Fogo Island and Bonavista. If you’re lucky, you might even spot humpback whales in the distance.

Observe the spring migration of birds at Point Pelee in Ontario

In May, birders flock to Point Pelee National Park in Ontario, considered one of the best locations in North America for observing the spring migration of songbirds. It also happens to be the Warbler Capital of Canada, with as many as 39 species passing through during a single migration. 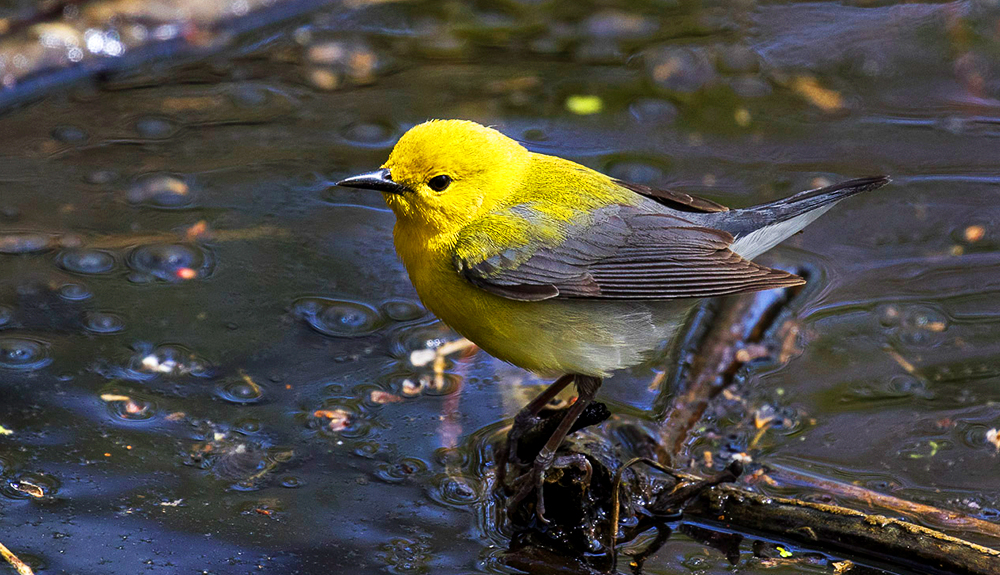 Even for the casual birdwatcher, this picturesque spit—extending 15 kilometres into Lake Erie at the southernmost tip of mainland Canada—is worth a wander, with its Carolinian forests, marshes and savannah. While you’re here, take more time to make the drive to nearby birding spots, including Hillman Marsh Conservation Area, Wheatley Provincial Park and Kopegaron Woods Conservation Area.

Get your (maple) sugar fix in Quebec

The arrival of spring in Quebec is synonymous with the tapping of sugar maple trees. And there’s no better way to celebrate the season than a visit to one of the many sugar shacks—where sap is converted into syrup—that dot the Quebec landscape.

Many open their doors to the public in spring, allowing you to enjoy a traditional meal, from pea soup and oreilles de crisses (bacon rinds) to maple syrup pie and maple taffy on snow, while learning about the process of making maple syrup. Tourism Quebec offers a guide to local sugar shacks to help you plan the sweetest of road trips.

Witness the great caribou migration in the Yukon

You can spot caribou right from the highway, plus you might see grizzlies, Dall sheep and moose. The territorial government offers an extensive wildlife viewing guide (72 pages!) covering major highways in the Yukon.

From this hidden gem you need to experience to the best places to stargaze, there are plenty of destinations across the country to explore.

Planning trips is also easier with CAA Travel. And bringing CAA Travel Insurance along wherever you go will give you complete peace of mind.