Innovative flight-sharing sites are taking air travel in Europe to the next level. Dubbed the “new Uber,” Coavmi and Wingly are two companies that have brought private aviation to the public using a concept that mirrors the popular ride-sharing service.

The idea is simple. Just as ride- and car-sharing apps allow people to share transport and car costs, Coavmi and Wingly allow travellers to share flight expenses by linking prospective passengers with private pilots flying to the same destination.

Pilots and potential passengers sign up to use the platform; the pilot then adds planned flights on the website and the passenger books a seat on the plane.

Pilots are insured and verified, and both travellers and pilots sign a code of conduct. Flights typically see two to six people on board a small aircraft, and can vary from simple sightseeing excursions to intercity or intracontinental business travel.

Wingly is the current market leader, operating Europe-wide. The Paris-based business has already received more than 10,000 bookings and has 150,000 registered users, including 10,000 pilots. Coavmi, another French company, is playing catch-up with 10,000 users and operates out of France, Germany and the U.K.

Why flight sharing might be the next travel trend 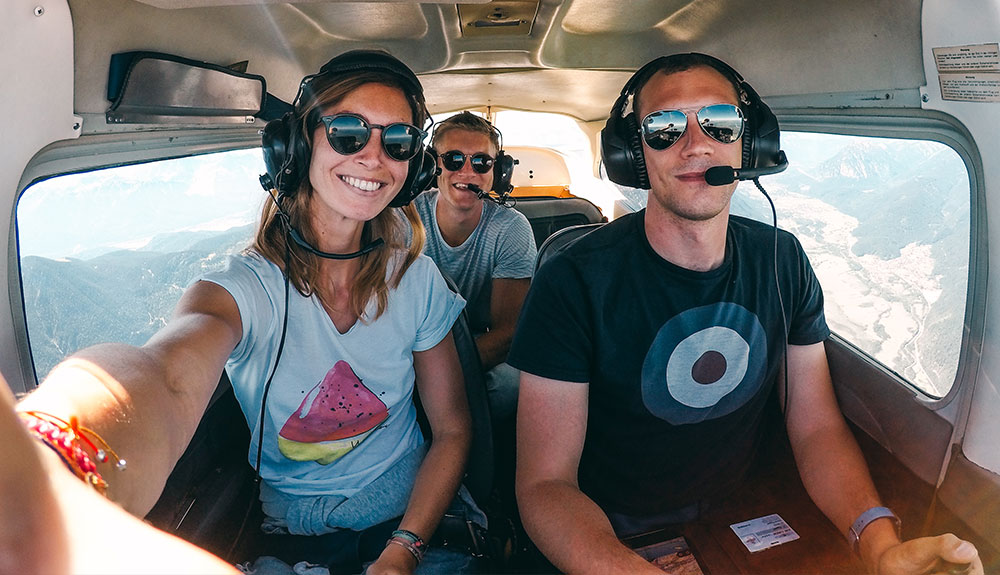 The numbers won’t put a major dent in the commercial aviation market, but the concept of flight sharing is gaining traction. Public transit and transport sharing are both becoming more popular, and vehicle ownership is no longer the norm for millennials, who are the leading adopters of shared transportation. In light of this mindset, flight sharing isn’t such a big leap.

This widespread change in attitude gave Youssef Oubihi, chief executive of Coavmi, the conviction to launch the business in 2014. In an interview with the website Startupbootcamp, Oubihi said, “The way we travel today is inefficient and expensive. When you need to fly from one small town to another, you can’t take a direct flight, but instead have to take stops in bigger cities. For flights under 2,000 kilometres, small planes can do a much better job.”

For savvy travellers looking for a fresh way to take to the skies—or aviation enthusiasts who’ve always dreamed of flying on a private plane—flight sharing could prove a convenient and interesting option.

Find out which hidden travel expenses you should budget for before your big trip.

If you’ll be driving instead of flying, learn how to choose the car-sharing service that’s best for you.