Breaking down the time and cost to charge an electric vehicle. 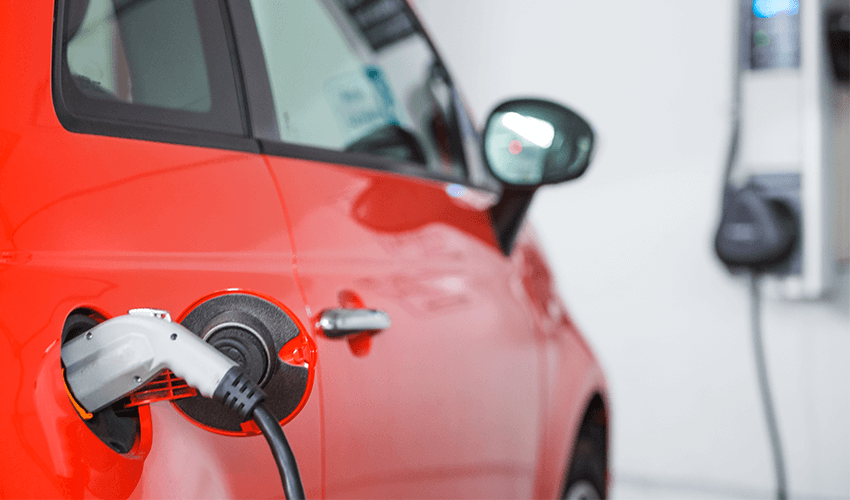 We get a lot of questions about Electronic Vehicles (EVs). Unlike a gasoline powered car that you can quickly pump fuel into, an electric vehicle takes much more time to 'fill up'.

Here’s an analogy: think about pouring water into a drinking glass. The first three-quarters of the glass can be filled rapidly but you have to slow down when filling it right to the top or you’ll spill water all over. Batteries in EVs are similar.

This is why manufacturers often advertise the amount of time it takes to replenish a battery in terms of how far it can go on the juice it gets from a charging station.

Tesla says a Model 3 can accept enough electricity to travel 270 km in about 30 minutes from its propitiatory Supercharger. Chevrolet advertises the compact Bolt EV can take 145 km of range in approximately the same amount of time from a public-use DC fast charger.

As a general rule, most EVs charge up at these rates until their batteries are about 80% full of electrons. Using simple math, if it takes an hour to recharge from zero to 80%, it will likely take about the same amount of time to fill that remaining 20%.

This is important to understand when considering how recharging companies build their cost structure. Most bill by the minute, with Petro-Canada costing EV drivers 33 cents  per minute of DC fast charging. For Tesla owners who opt for Supercharging, you’ll be charged 44 cents per minute for a quick jolt of electricity.

Drivers of an electric vehicle have to be slightly more on the ball.

Using a fast charger, an EV's battery will be replenished quickly at first before slowing to a relative trickle as the battery approached a fully charged state. Using Tesla's numbers, it might only take half an hour and $13.20 to charge a Model 3 from 15% to 80% but it will take nearly that amount of time again to 'top off' the battery to near 100%.

If you do the math you’ll see that you shouldn’t leave your EV plugged into a pay-per-minute charger any longer than necessary. That first half hour, charging the Model 3 from roughly 15% to 80% and adding 270 km of range, would cost about 4.9 cents per kilometer. The last 20% would take almost as long but not add nearly as many kilometers of range.

Your car was built to be driven so enjoy the drive! If you've got questions, get answers from our team of experts at CAA Auto Advice. Call us toll-free at: 1-866-464-6448 or email us at: autoadvice@caasco.ca.