Summer means busier roads filled with families and friends on road trips and weekend adventures. It also means more people on two-wheels. With June being Bike Month, it’s the perfect timing for drivers and cyclists to learn more about safety when sharing the road.

Ontario’s transportation network includes signs, symbols, painted lines and physical changes to support safe cycling and driving on our roads. Here’s a quick guide to help make sure we all know the rules and our role in staying safe.

A sharrow is a shared-lane marking that features a bicycle symbol and two white chevrons. It’s used when a lane is wide enough for cyclists to ride alongside motorists and indicates where people should preferably cycle. Cyclists should ride one metre from the curb to avoid sewer grates, minor potholes and debris. For motorists, they should reduce their speed and only pass a cyclist when there is enough room, at least one metre. 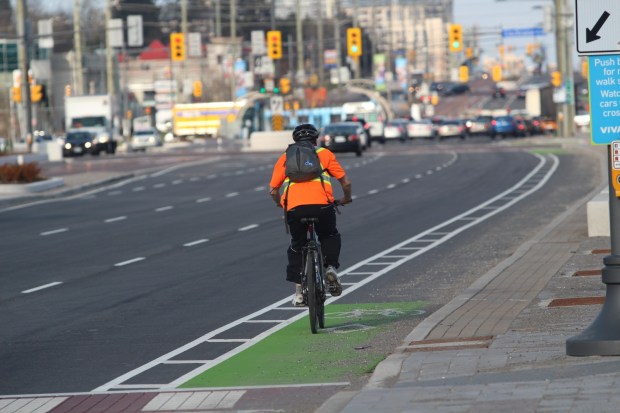 A painted line indicates a dedicated bike lane for cyclist use only. The lane is outlined by a solid white line and has a bike symbol. The lane gives cyclists enough space to travel safely and it’s illegal to park or drive in the designated bike lane.  When the solid white line becomes dashed, that’s when a vehicle can enter to make a right or left turn. But remember drivers, please make sure to watch for cyclists before entering the lane.

The painted bike box at intersections provides a space for cyclists to safely wait in front of cars at a red light, often on roads that have a bike lane. A bike box is used to increase the visibility of cyclists and help avoid collisions.

For cyclists, when a traffic signal is red, enter the bike box safely and stop before the crosswalk. When the light turns green, proceed normally and be aware of right turning vehicles.

For drivers, your vehicle should be stopped behind the white stop line before the bike box. Don’t stop on top of the bike box, as it must be clear for cyclists. Ensure the bike box and bike lane (if present) are clear before proceeding through the intersection.

No matter how you choose to get around this summer, be mindful of others on two or four wheels.

If you want more videos, tips and resources on cycling safety click the button below.

Seat Belt Safety and the Law

Seat belts save lives. That is why we all wear them and why there are laws in place to make sure that everyone riding in a car is benefiting from the maximum protection available. ...

Seat belts offer great protection for adults and older children. However, babies, toddlers, and smaller children require the extra protection of a car safety seat or a booster seat ... 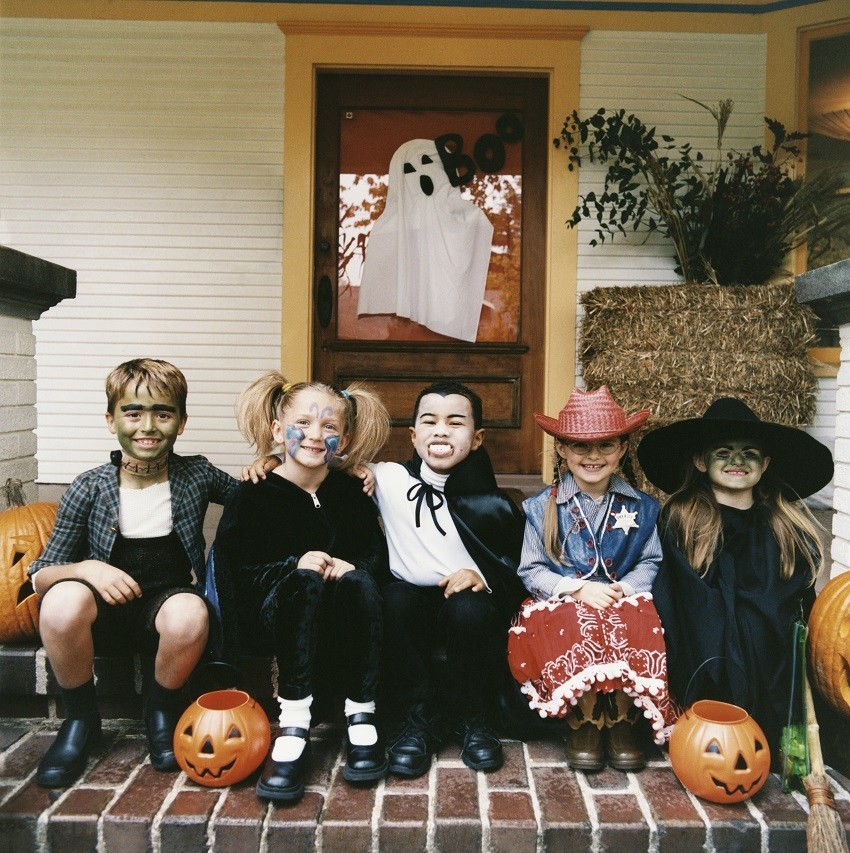 Keep Halloween Safe and Fun With These Helpful Tips

Halloween is one of the best nights of the year, but it’s also one of the most dangerous for little trick-or-treaters. Research has found that children are more than twice as likel ...