Ontarians have become avid, passionate cyclists. Whether traversing the province’s many trails or biking to work and school, the number of cyclists has multiplied over the years. A healthy and efficient form of travel, the increase in two-wheeled traffic is a welcome sight. But, with it comes heightened concern about safety.

In response, various cycling initiatives have been introduced, with safety and efficiency their purpose. Allison Miller, the Transportation Demand Management Coordinator for Environmental Programs at the City of London, understands cycling infrastructure. Miller witnessed the City roll out its Cycling Master Plan in 2016. That initiative led to the extension of on-road facilities and an off-road, multi-use pathway system that runs 40 kms along the Thames river. Most recently the City introduced over one km of separated bike lanes.

Exciting as those initiatives are, Miller knows it can be confusing for the average road user to navigate the relatively new infrastructure. Here’s a primer:

Bike Boxes: Identified by green paint at signalized intersections, a bike box allows cyclists to be more visible to everyone around them. Located between the white stop bar (where cars must stop) and the crosswalk, the box allows cyclists to stop in front of drivers on a red light and to advance first through the intersection when it turns green. And, with rights-on-red disallowed at these intersections, it prevents the “right hook”, where a driver forgets to check over their shoulder before making a turn. 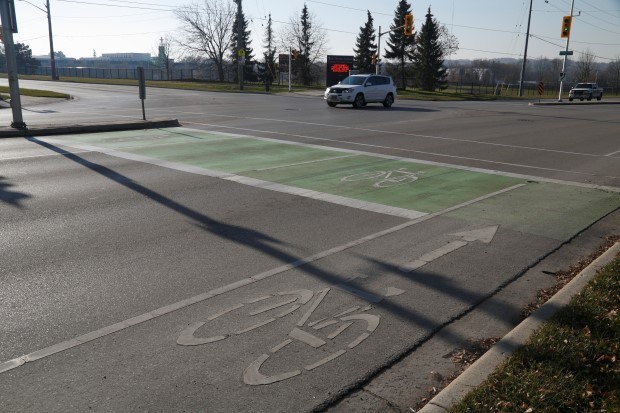 Crossrides: Typically, cyclists are required to dismount and walk their bikes through intersections. But crossrides are a crosswalk for cyclists. Identified by what’s affectionately referred to as “elephant feet” (big squares stamped from one end to the other), and may feature enhanced markings such as arrowed bicycle stencils and green paint, crossrides allow cyclists to remain on their bikes when crossing. 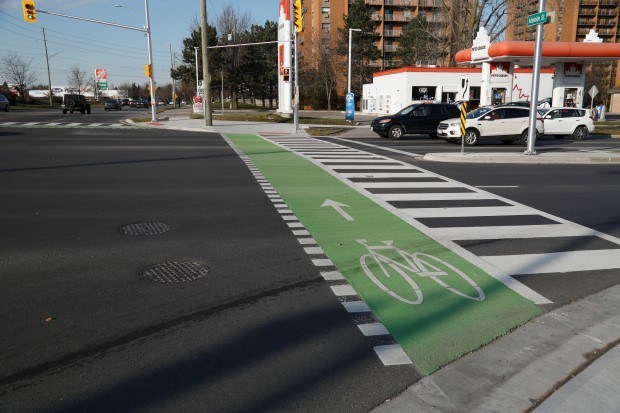 Cycle tracks: Dedicated bike lanes on the roadway that are separated by a physical barrier (either concrete curbs or bollards), cycle tracks often run in a single direction with the flow of traffic.

Bike lane: These portions of roadway, designated by pavement markings and signage, are made for the exclusive use of cyclists. It’s illegal for motorists to drive or park in a bike lane, though they may cross through it when making a right turn. 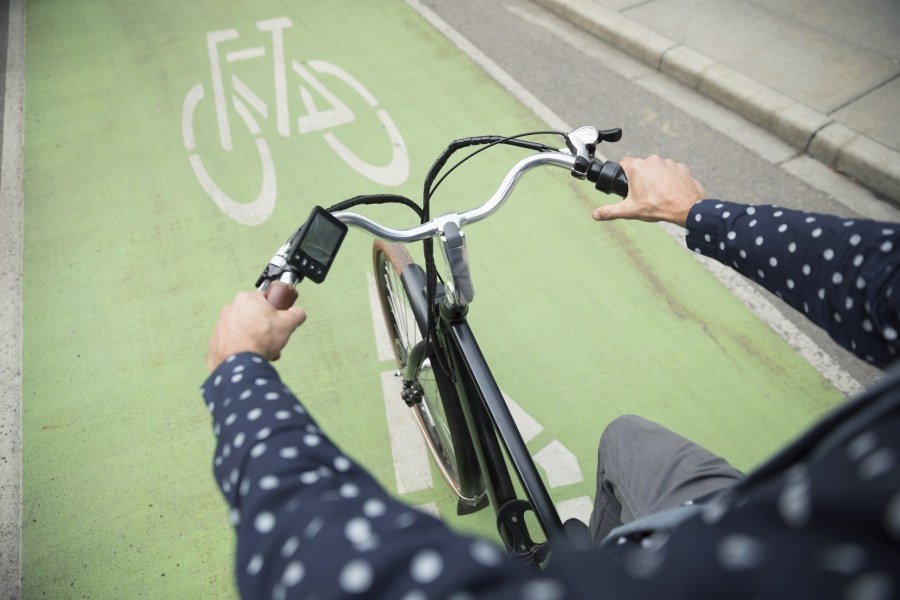 Sharrows: Refers to the white markings on a roadway meant to delineate where a cyclist is safest to ride. If the road has parking on the side, for example, the sharrow will be placed further into the laneway so that the cyclist knows to be at least one meter away from parked cars to avoid potential dooring (when a car door opens unexpectedly into the path of a cyclist). 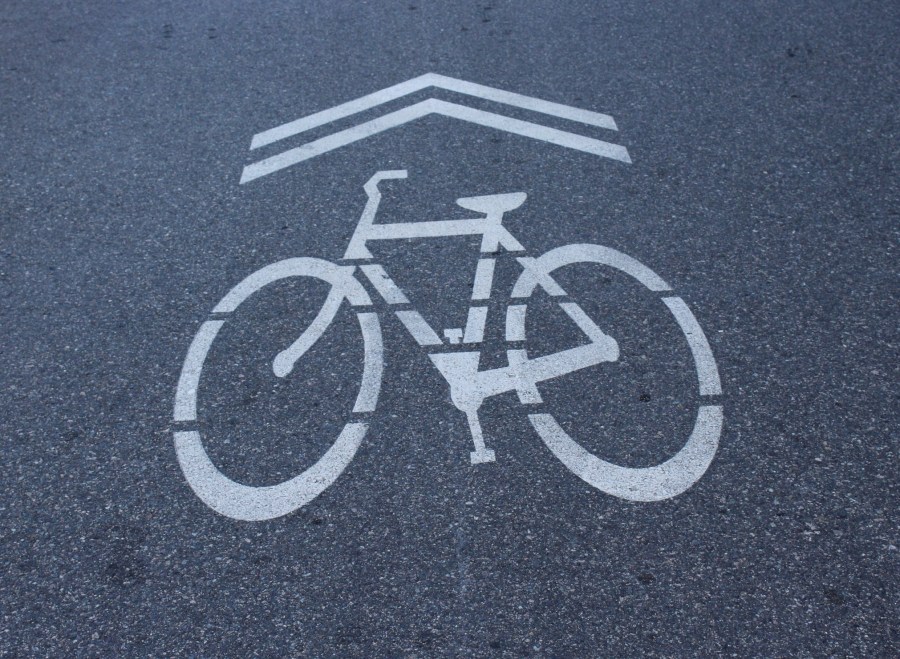 Cyclists must follow the rules too, as per Ontario’s Highway Traffic Act, which states that a bicycle is a vehicle like any other. That means stopping at red lights and stop signs. Cyclists must also keep to the right of cars and avoid weaving in and out of traffic. They should know the hand signals and ensure they and their bike are outfitted properly with a helmet, bell, working brakes and lights etc.

Having worked with the City of London for over 16 years, Miller has witnessed the evolution of cycling infrastructure. “I’ve seen lots of positive change.” But she also knows the importance of working together to get it right. “It’s about sharing the road, recognizing that pedestrians, cyclists, transit riders and drivers are all people with time constraints,” she explains. “So be patient and make sure you’re aware of your surroundings and the infrastructure in place.”

Learn more about the rules of the road for cyclists.