According to statistics, distracted driving remains one of the most prevalent causes of collisions in Ontario and across the country. Defined as anything that pulls one’s attention away from where it should be – the road – distracted driving goes beyond cell phone use, though that’s certainly a common issue. Things like tuning one’s audio system, eating a sandwich, paying attention to one’s child and setting up the GPS all have the potential to distract and cause a collision.

“Driver attention is so critically important,” explains Sgt. Kerry Schmidt of Ontario Provincial Police (OPP). But when someone gets used to doing something over and over again, such as driving down the same road at the same hour, they can become complacent and lulled into routine. And when there’s an unexpected change in that routine, that lack of focus can mean the difference between avoiding a collision and potentially causing one.

And then there’s the common misperception that we’re all experts at multitasking. But we’re not, shares Schmidt, who claims that it’s only by tackling one activity at a time that we’re capable of getting things done effectively – and safely. Juggling activities is not something to be proud of when behind the wheel, he reiterates. “You are putting yourself in jeopardy every time you take your attention away from driving.”

Our inability to multitask can have consequences. In 2017, 36 fatal collisions were directly attributed to distracted driving in Ontario and we’ve already seen 22 fatalities so far this year with the same attribution. Keep in mind, it’s difficult to determine cause and effect when it comes to inattentiveness, so the numbers may actually be higher. 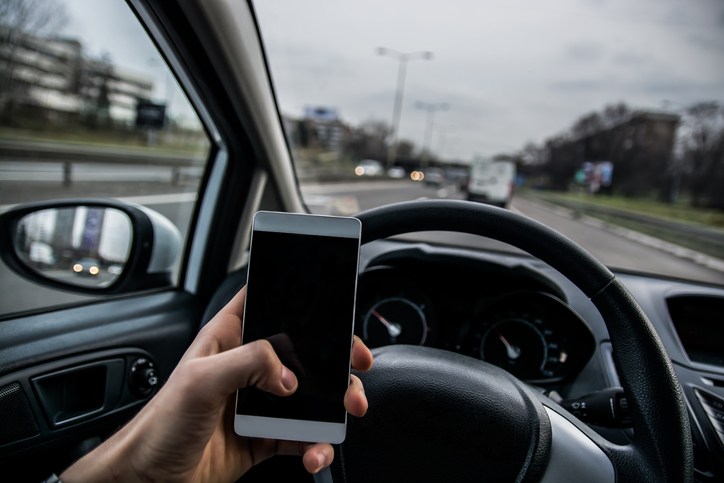 Hoping to curb incidents of distracted driving, starting January 1, 2019, the Ontario government will be introducing new distracted driving laws, ensuring that drivers who aren’t fully focused on the road face stiffer penalties. For example, if pulled over, a driver can receive an automatic summons to attend court. The fine for first-time convictions will rise from its current $490 to $1000, plus three demerit points, including a three-day licence suspension. Second convictions can see a driver fined up to $2,000, six demerit points and receive a seven-day licence suspension. A subsequent conviction could come with a fine in the amount of $3,000, along with six demerit points and a 30-day suspension.

For their part, the OPP is committed to promoting the need for drivers to pay better attention. This July, saw the Commercial Vehicle Safe Trucking Campaign focused on bringing awareness to unsafe driving behaviour among truck drivers whose inattention during long, arduous drives is a common issue. “But their level of responsibility is that much greater,” shares Schmidt.

Of course, every driver needs to take their responsibility seriously – and passengers should too. “We wouldn’t get into a vehicle with an impaired driver, so we shouldn’t allow a driver to be distracted either,” he says. “People should voice their concerns and hold drivers to account.”

As Schmidt explains, people often assume they’re invulnerable or won’t get caught, so penalties alone won’t get us there. The only way to remove that cell phone (or GPS, or sandwich) from a driver’s hand is if we change our social behaviour and attitudes towards it. “We can’t ticket our way to compliance, we can’t ticket our way to social change; we need to change the attitude and what is perceived as appropriate.”

CAA believes laws, enforcement and public education are all part of a solution to reduce driver distraction.  Visit www.caasco.com/distracted to learn more.