How cannabis impacts your ability to drive. 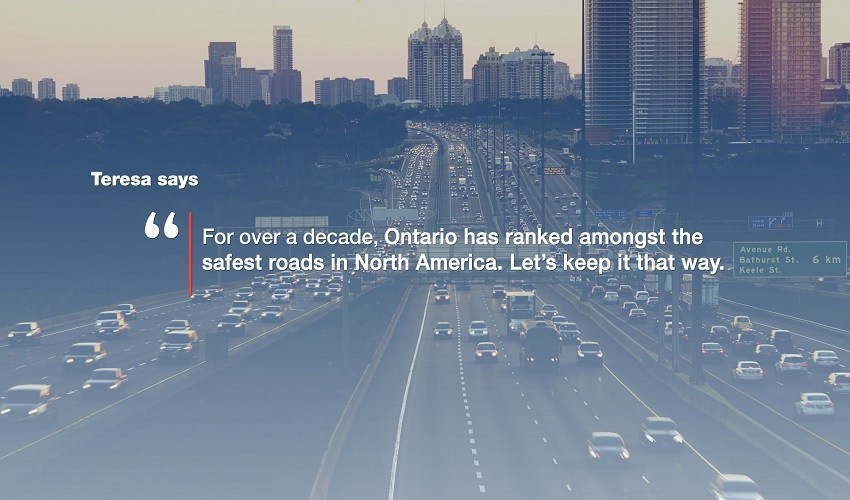 By now it’s old news: recreational marijuana use was legalized across the country in October 2018.

Yet, despite the nine months that have passed since legalization, many of us remain unclear about cannabis, the laws that regulate its use, and the effects it can have on one’s ability to drive. That ambiguity is particularly concerning to the many CAA members who’ve repeatedly told us that impaired driving was one of their top road safety concerns. With road safety our top priority at CAA, we wanted to clarify some of the questions you may have and set the record straight on the very real dangers of driving under the influence of cannabis. Our hope is that education will encourage all of us to promote safer roads in the year ahead.

First things first, let’s dispel a couple of common myths around cannabis. There are those who believe that it’s safer to drive after consuming marijuana than it is after drinking alcohol. Cannabis, they argue, can actually sharpen one’s driving ability.

The truth is, the chances of you getting into a collision increases in direct proportion to THC levels (the main intoxicant in cannabis) in your body. No matter how you slice it (or consume it) cannabis significantly impacts a driver’s cognitive and motor functions, which severely undermines their decision-making and judgment abilities.

Someone who consumes both alcohol and cannabis – what we refer to as a poly-user – is looking at an even more dire situation. Behind the wheel the poly-user faces three times the risk of collision compared to someone who only consumed one substance. With the abundance of events and get-togethers these summer months – where it’s not uncommon to mix substances – everyone should keep that risk in mind.

You may feel different depending on which “drug” you consume. But when it comes to driving, alcohol and cannabis both impact your capacity. Period. That’s why the best way to approach cannabis is the way you do alcohol: avoid it completely before getting behind the wheel. 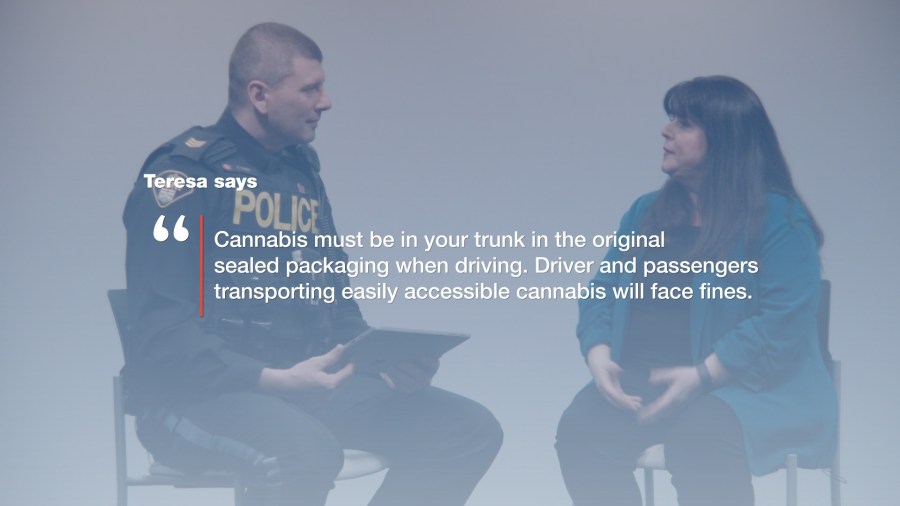 The Law is Clear.
Bottom line: driving is a privilege, not a right. And that privilege can be taken away if you don’t follow the rules. A driver can face fines and penalties, including suspension of licence, criminal charges and even jail time if they don’t adhere to the warnings around cannabis-impaired driving.

In Ontario, zero tolerance is the approach for drivers 21 years and younger, and novice G1 and G2 drivers who are found using cannabis. They’re also looking at escalating three, seven or 30-day licence suspension and other immediate penalties and consequences. Zero tolerance is also in place for commercial drivers, include those who operate vehicles requiring a Commercial Vehicle Operator’s Registration (CVOR).

According to federal law, it’s illegal to drive within two hours of taking cannabis. The same law also raised the maximum sentence for dangerously impaired driving to 10 years from five. And poly-users beware: if caught with 2.5 ng of THC and 50 mg of alcohol in your blood, you’ll face a minimum fine of $1,000 – even if you’re not technically over the criminal level of alcohol.

For additional questions on cannabis, please watch our new video series with Sgt. Kerry Schmidt of the OPP, where he dispels the most common misconceptions and responds to comments we’ve received on our social media platforms. With your help and with factual information, we can keep your roads safe.

Episode 3: Get home safely – an open conversation on driving while high.