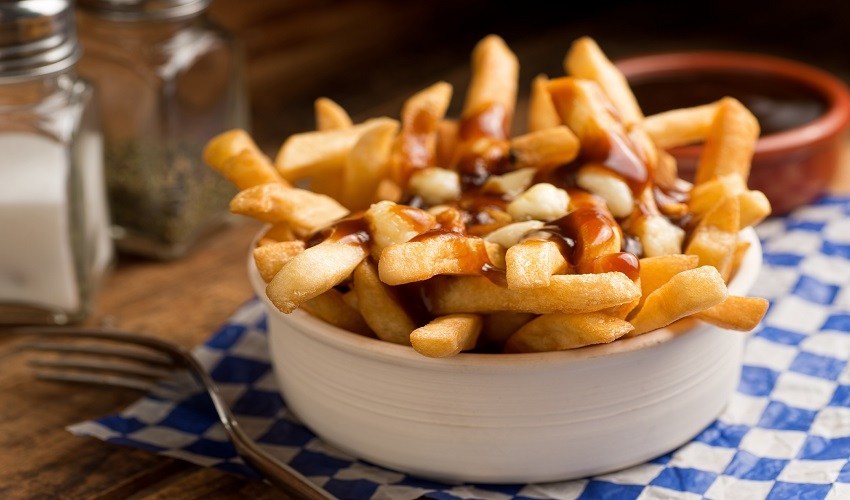 And what better way to celebrate our amazing country than with some of the most delicious food around – Canadian food?

One of the best things about our quintessentially Canadian foods list is that many of them are snack foods, finger foods and treats, which makes them perfect for enjoying at parties and outdoors. 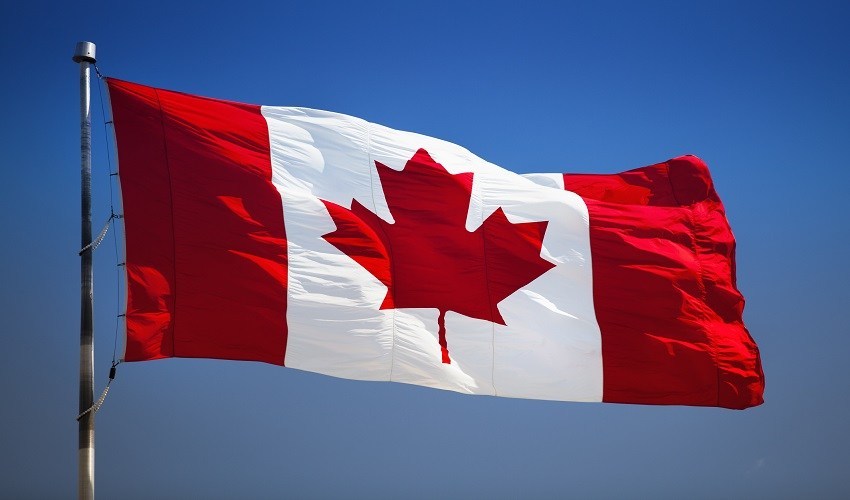 French fries, gravy and cheese is a staple of Quebec cuisine and a popular dish pretty much everywhere anyone has ever tried it since it.

The origins are unclear, as several restaurants (understandably) claim to have been the inventors, but we do know that it was first introduced in the Centre-du-Quebec area sometime in the 1950s. Poutine purists will insist that the dish be made only with brown gravy and cheese curds, but there are crazy poutine adventurists out there who beg to differ. Peterborough’s Whistle Stop Café, for example, has more than 100 versions on the menu, like the Butter Chicken Poutine (breaded chicken pieces + butter sauce) and the Krabby Poutine (crab patty, cheese sauce and jalapenos). 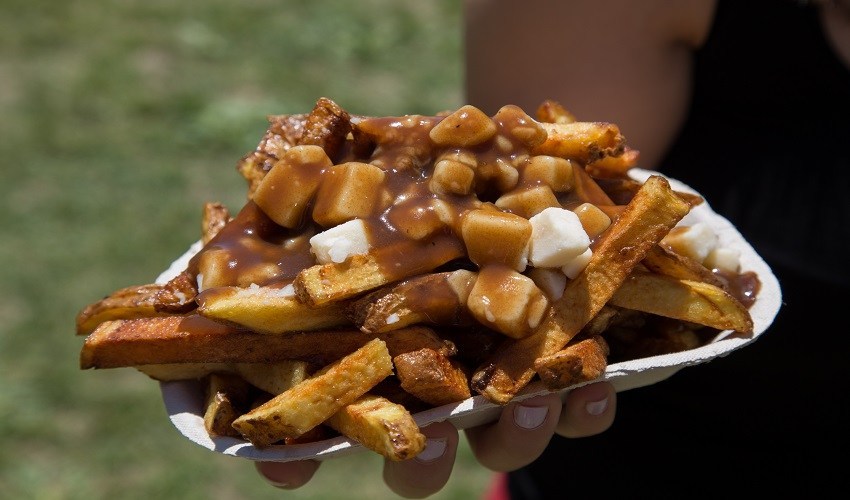 Is there a more quintessential Canadian dessert than the butter tart? We say no!

It’s said that precursors to the sweet, gooey favourite include pecan pie, shoofly pie and sugar pie and that the earliest known butter tart recipe dates back to the beginning of the 20th Century. There’s a bit of a debate (we know, that’s the understatement of the year) over whether butter tarts should have raisins in them. Well, raisin fans will be happy to learn that, while the original recipe did not include raisins, it did include currants, which is close enough.

You can enjoy butter tarts galore on the Kawarthas Northumberland Butter Tart Tour. This self-paced tour features dozens of stops at bakeries where you’ll find some of the best butter tarts around. 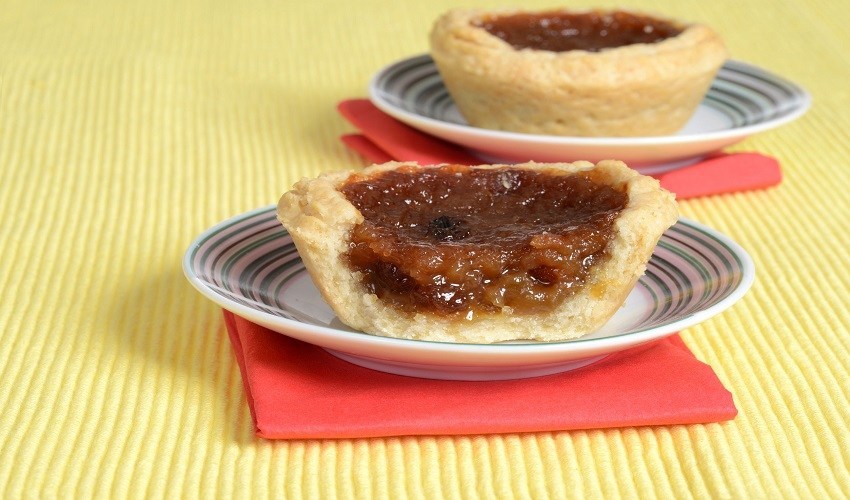 The Halifax Donair is the city’s official food but, until recently, many people outside of Atlantic Canada had never even heard of it, let alone tried it. Which is weird – because it’s delicious!

A variation of Greek gyro, the donair sandwich is made with flatbread and spit-roasted beef topped with tomatoes, onions and sweet garlic sauce. They’re often eaten as a late-night snack, so the authentic time to eat a donair is after an evening out enjoying Canada Day festivities. Toronto’s College Falafel is known for its donairs. Outside the big city, Down East Donair in Oshawa gets rave online reviews and Halifax Original Donair in Milton and Burlington is a favourite.

Bannock is a delicious type of fry bread (bread that is fried) though it can also be baked. Some say it originated in Scotland and made its way to Canada. Though others say that Indigenous people already had their own version made from wild plants before the European, flour-based kind was introduced here.

Regardless of its origins, bannock is culturally significant to Canada’s Indigenous population, and the perfect food to make yourself over an open fire while enjoying Ontario’s gorgeous wilderness. You can learn to make bannock over an open fire and sample berries harvested from the lands of Manitoulin Island with the Great Spirit Circle Trail’s Bannock and Berries experience in northeastern Ontario. Or just do it yourself on a Canada Day camping trip.

Popular since the early 1900s, Montreal smoked meat is world famous. Developed in the Jewish delis of Montreal, the sandwich consists of melt-in-your-mouth, salt-cured, fatty beef brisket on light rye bread that is traditionally slathered with yellow mustard and served with a dill pickle on the side. Most every smoked meat sandwich arrives before an astonished customer proclaiming “I can’t possibly eat all that,” followed by the equally surprised discovery that they’ve, “eaten all that”! Get yours at Wolfie’s Deli on Sheppard Avenue West, in Toronto, largely considered the best smoked meat in the city.

BeaverTails bring to mind long lineups in the summer sun at fairs and festivals across Canada. This pastry is made of fried dough, stretched to look like the tail of our national animal, and traditionally topped with sweet condiments like cinnamon sugar, whipped cream, and chocolate spread. There are also savoury versions, topped with things like ham and cheese, and even steak.

The BeaverTails company began in the 1970s, when the founders turned a family recipe into a business, first selling Tails at the Killaloe Craft and Community Fair and later opening the first BeaverTails stand in Ottawa’s Byward Market. There are now 140 franchises across Canada and in the United States, the United Arab Emirates, Mexico, France, and Japan. 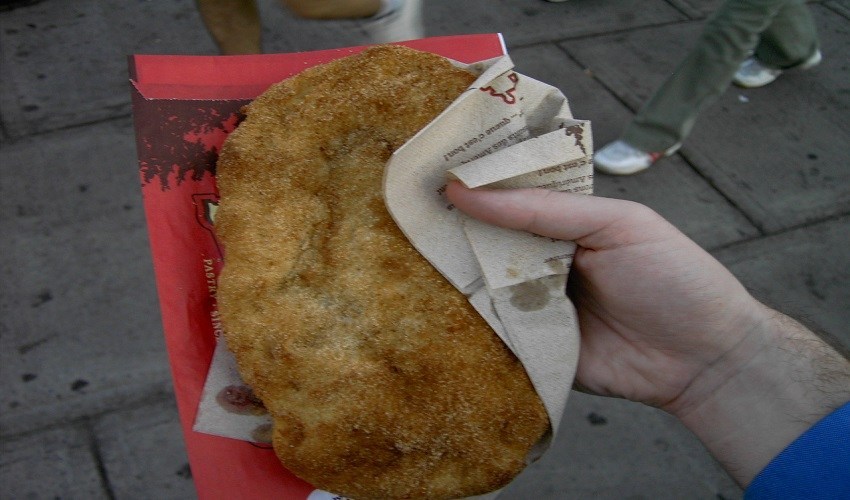 Nanaimo bars just might give butter tarts a run for their money in the most quintessential Canadian dessert competition. These no-bake, super-sweet goodies are named for the British Columbia city of Nanaimo and consist of three layers: a graham and coconut crumb-base, custard and butter icing in the middle and a top layer of chocolate ganache. Noms!

There are, of course, many versions. But the origins? Again, unclear. Even the city of Nanaimo is looking for the truth. But the first recipe is said to have been published in a cookbook in the 1950s.

Fun Fact: In 1986, a four-week long contest was help to find the ultimate Nanaimo Bar Recipe. From almost 100 submitted recipes, the winner was Joyce Hardcastle. Here is her award winning recipe. Bring a tray of these and you’ll be the hit of the Canada Day party!

Ketchup chips are the best kind of chips, but for some reason only Canadians truly get this. They’re the perfect food to snack on while sitting around the campfire and telling ghost stories or enjoying a barbecue with friends. They stain your fingers, they’re salty and tomato-y. What’s not to love?

It seems the history of the ketchup chip is a bit murky, but some say they originated with Hostess in the 1970s. While they have become a Canadian favourite, attempts to replicate this appreciation elsewhere have, for the most part, been unsuccessful. Grab some ketchup chips at the corner store, pass them around and light up that Canada Day BBQ! 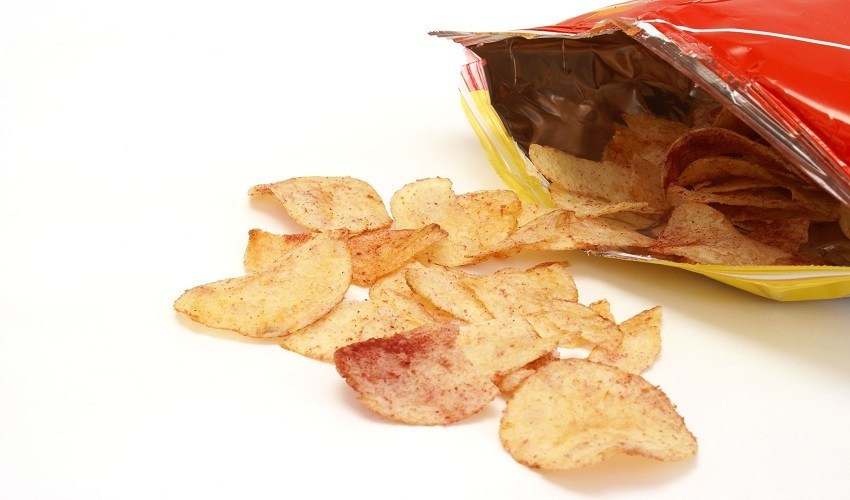 Wishing all CAA Members a Safe and Happy Canada Day!