The best places for stargazing in Ontario. 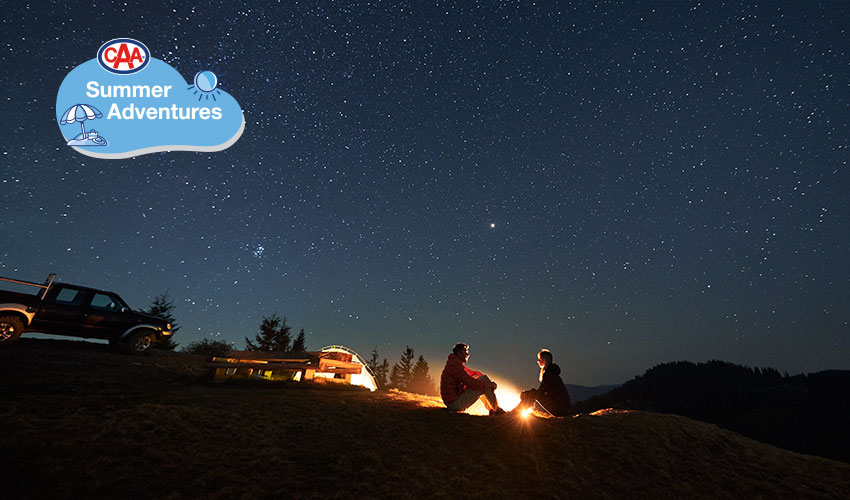 One of the pleasures of summer is to lie back and gaze up at the stars overhead on a warm, dark night. If you want to get the full stargazing experience, you have to get away from the lights of the big cities. Fortunately, Ontario has a number of fantastic spots for observing the cosmos. This province is home to six of Canada’s 19 designated dark sky preserves (there are only 36 in the world)!

Dark sky preserves are officially recognized areas that have limited artificial light pollution and are used to promote astronomy. They offer some of the best views of the galaxy that you are likely to see anywhere. Here’s where to find them. 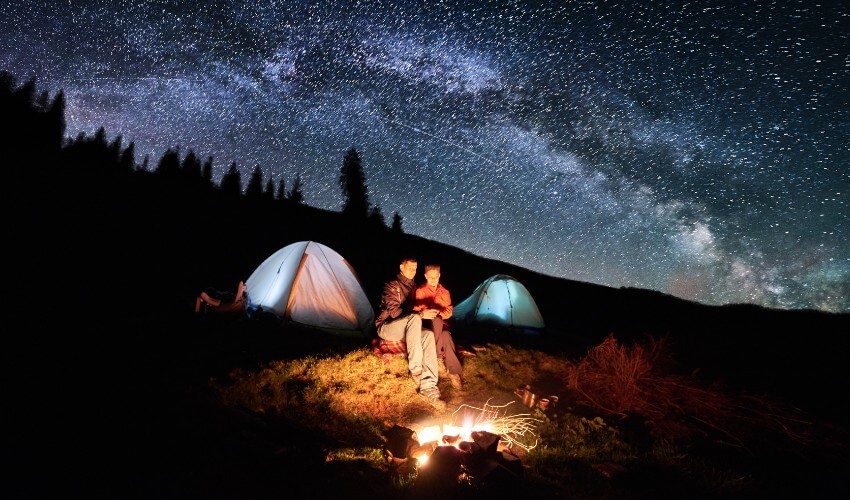 Located in the heart of Muskoka, Torrance Barrens was the first permanent dark sky preserve created in the world! This 1900-hectare area is just west of Gravenhurst and south of Lake Muskoka.

The lights of the Milky Way are clearly visible to the naked eye on cloudless summer nights. Observe the countless stars, constellations and even planets of our home galaxy. Our neighbouring galaxy, Andromeda – which is over two million light years away – can also be seen from the darkness of Torrance Barrens. Additionally, the Northern Lights have occasionally been observed from the preserve. For the best views, bring along a telescope or binoculars and experience the wonders of the universe.

At the southernmost tip of Canada’s mainland, Point Pelee is a nature lover’s paradise. This scenic peninsula on Lake Erie is part of a bird and butterfly migration corridor over Lake Erie via Point Pelee and the Lake Erie islands. Bird watchers have spotted over 360 species in the park.

Point Pelee is also a designated dark sky preserve, keeping light pollution to a minimum. The best stargazing happens on the darkest nights during the new moon, when the moon isn’t visible in our sky. On those nights, the park stays be open until midnight, so visitors can enjoy the stunning views of thousands of stars reflected over the dark waters of the lake. You can view the schedule here.

Just 37 kilometres north of Napanee in Erinsville, you’ll find the Lennox and Addington Dark Sky Viewing Area. Created in 2012, this is one of the southernmost dedicated stargazing spots in Ontario. The viewing area stays open from dusk until dawn every day. It features a concrete pad for setting up telescopes and a number of benches for sitting back and taking in the amazing number of stars in the night sky.

Located about 120 kilometres north of Kingston, the township of North Frontenac offers some incredibly dark skies just a few hours away from the lights of Toronto, Montreal and Ottawa. Astronomers and amateur stargazers alike flock to the area for the nighttime views at the local dark sky preserve.

The North Frontenac Dark Sky Preserve was recognized by the Royal Astronomical Society of Canada in 2013. The site features parking and washrooms, a large cement pad for telescopes, benches and picnic tables for visitors to enjoy on long summer nights. 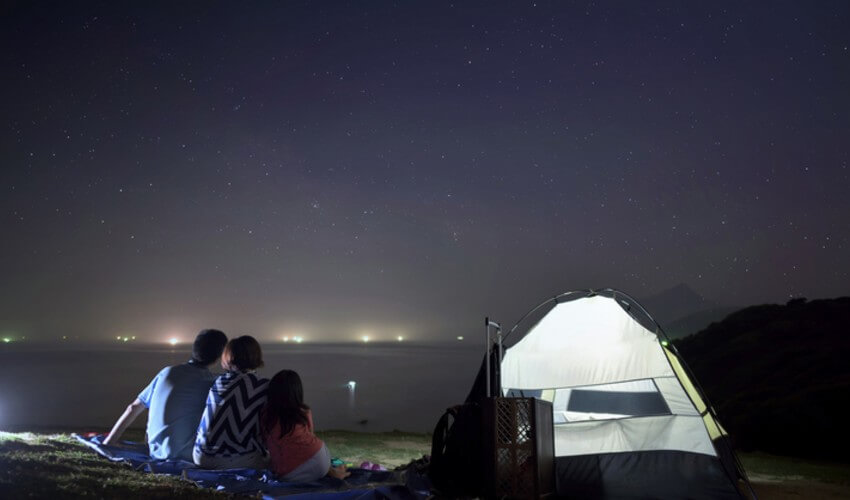 The Bruce Peninsula offers some truly spectacular scenery, where the dramatic cliffs of the Niagara Escarpment tower over from the turquoise waters of Georgian Bay. Located near Tobermory on the shores of Lake Huron, the area also has very little light pollution and fantastically dark skies.

To celebrate and preserve this, the region declared itself a ‘Dark Sky Community’ in 2004. Both national parks – Bruce Peninsula National Park and Fathom Five National Marine Park – were awarded the official ‘Dark Sky Preserve’ designation in 2009.

The area is also home to Bayside Astronomy, a free program that allows visitors to learn about the constellations, planets, moons and distant galaxies, and to view the cosmos firsthand through borrowed telescopes. Bayside Astronomy takes place every Friday and Saturday night from Canada Day through Labour Day at the marina in Lions Head beginning at dusk.

Witness the breathtaking sunsets over Georgian Bay, then enjoy the fabulously starry skies over the shipwrecks and lighthouses of Lake Huron.

Across the water from the Bruce is Gordon’s Park on beautiful Manitoulin Island. This area was also designated as an official Dark Sky Preserve in 2009. It is the first commercial, privately-owned dark sky preserve. Gordon’s Park boasts one of Ontario’s darkest observation sites with virtually no light pollution. It is also one of the most southern spots that regularly – sometimes weekly – offers views of the Aurora Borealis (Northern Lights). A camping trip at Gordon’s Park will take ‘sleeping under the stars’ to a whole new level. 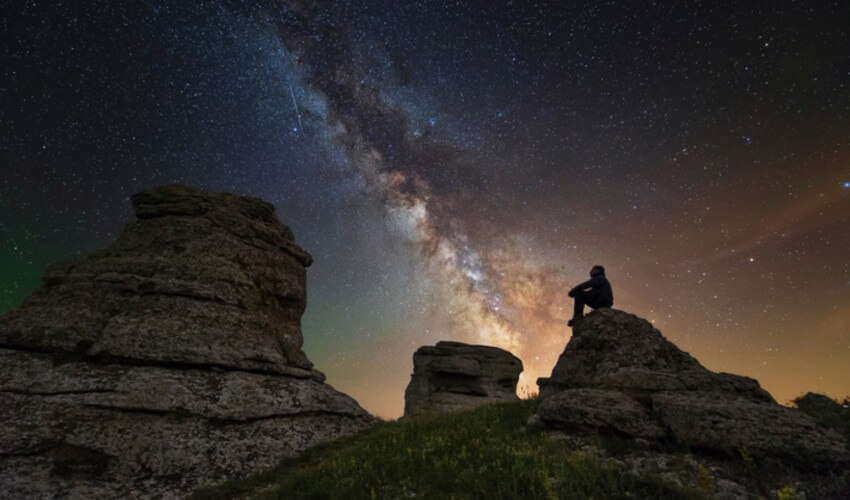 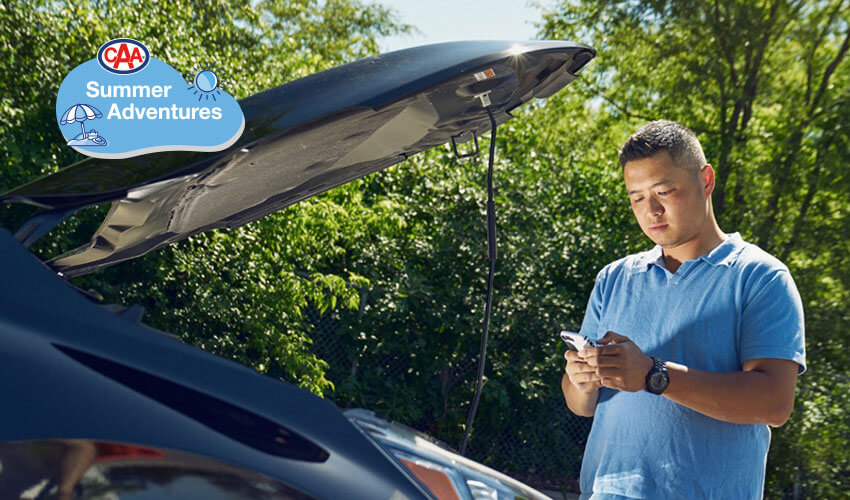 How Summer Could be Destroying Your Car Battery

Did you know that summer can be hazardous to your car battery? We’ll tell you why, and why you don’t need to worry if your battery dies. 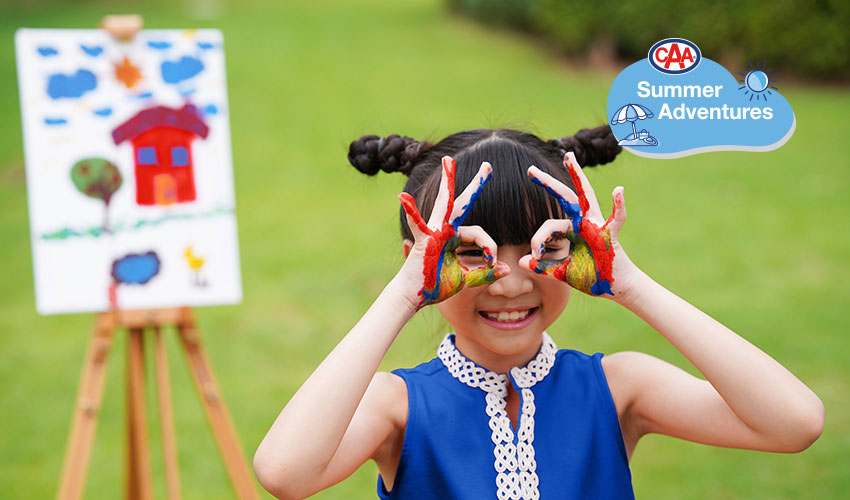 Seven Virtual Events to Enjoy with the Kids This Summer

Keep your kids busy this summer with virtual activities for all ages, from art classes to behind-the-scenes “visits” to the zoo. 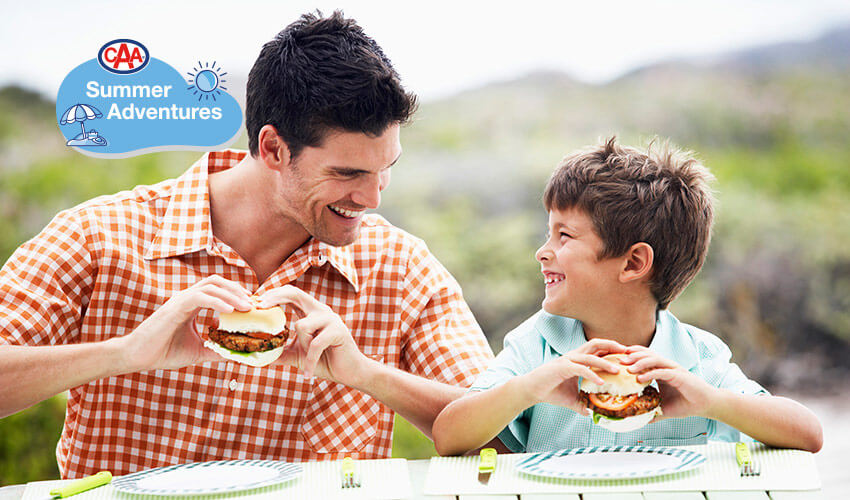 Love burgers but don’t have a barbecue? We’ve got you covered with a list of our favourite takeout burgers that are better – way better – than if you’d made them yourself.