Jamaica: something for everyone. 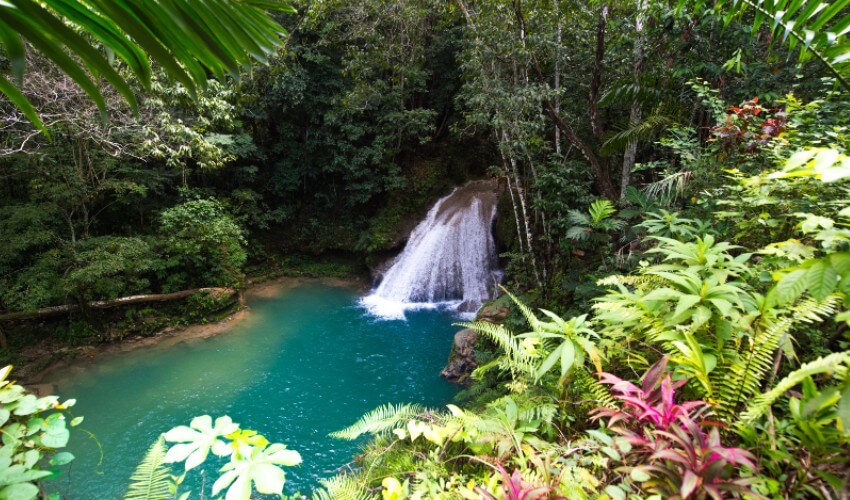 Situated in the glorious Caribbean Sea, Jamaica is surrounded by white sandy beaches, secret coves, magnificent mountains and natural wonders. There are endless beaches to explore, including Doctor’s Cave Beach in Montego Bay with its warm calm waters and Seven Mile Beach in Negril, which is known for its tropical setting and popular nightlife. Then there’s Lime Cay. This uninhabited beach, which is accessible by boat from Port Royal, is the largest of several small cays off the coast and known as one of the most beautiful beaches in Jamaica.

Adventure seekers will love Dunn’s River Falls in Ocho Rios, one of Jamaica’s true natural treasures. Originally called “Las Chorreras” by the Spaniards, meaning “the waterfalls or springs”, Dunn’s River Falls dates back to a fascinating Jamaican history. The only one of its kind in the Caribbean, these flowing falls extend across more than 600 feet and are one of the few rivers in the world that runs directly into the Caribbean Sea. 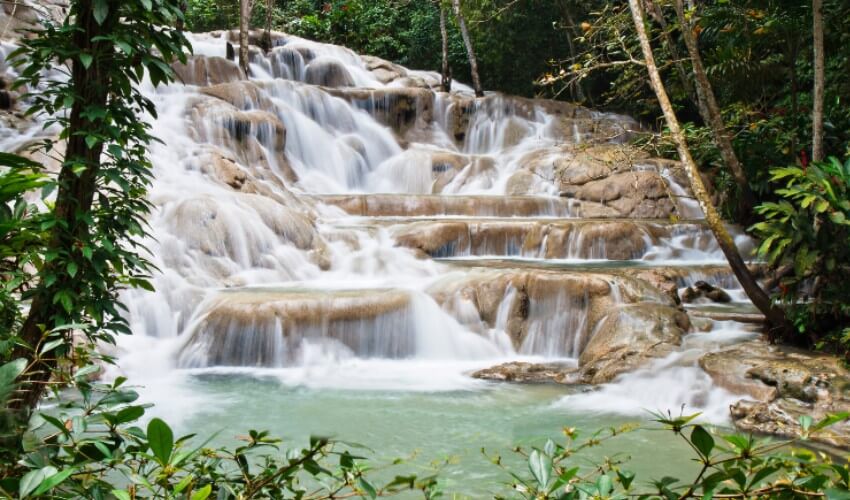 Mystic Mountain Rainforest Adventures also delights visitors that want to get back to nature. Soar high over Jamaica at 700 feet above sea level in the Sky Explorer – a canopy ride through the treetops of Mystic Mountain over lush green trees with fruit close enough to pick. Once at the top, you can twist down the mountainside and through the rainforest in a Jamaican inspired bobsled. Save time for the exhilarating zip line, nature trail, infinity pool, waterslide and magical hummingbird garden.

Coffee lovers will rejoice with local Blue Mountain coffee and can even tour the Blue Mountain region that forms the longest mountain range along the eastern edge of Jamaica. Their coffee has become one of the most sought-after coffees in the world and you can see where it all began with Blue Mountain Bicycle Tours through the mountains. Of course you can also enjoy an invigorating cup of this famous coffee at your resort or local cafe and buy authentic beans to take home to brew long after your Jamaican vacation is over.

Jamaica is also home to many luxurious resorts, here are two spectacular adult-only resorts to get you started.

If you have ever dreamed of what it may be like to be a celebrity, Sandals Royal Plantation is here to make all your dreams come true – at least while you’re staying at the resort. This is Sandals’ only all-butler boutique resort with 74 ocean view suites built into a coral bluff. With a reputation for their understated elegance, attention to detail and luxurious sophistication, Sandals is sure to make you feel like a king or queen from the moment you arrive and receive your welcome cocktail, culinary treats and lemongrass scented hand towel. Sandals is known worldwide for being a premier romantic resort chain geared to couples. In your suite, you will find plush robes with slippers, a stocked bar with alcohol, juice and water, fine Egyptian cotton linens and your own coffeemaker so you can brew Jamaican Blue Mountain coffee each morning. Included in your package is unlimited scuba diving, golf at the country club, airport transfers, premium spirits and unlimited fine dining at five restaurants. Arrive hungry so you can try them all, including Papillon Restaurant with its classic French dishes and The Terrace for Caribbean specialties with breathtaking views of the deep blue Caribbean Sea. 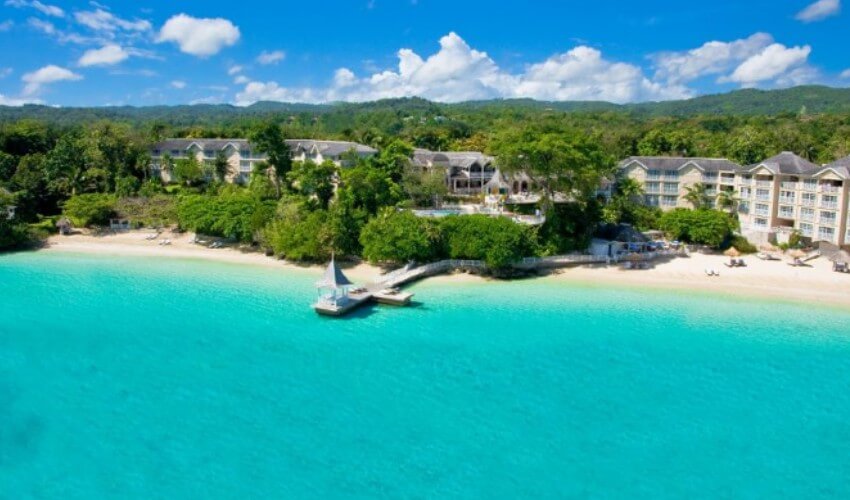 This all-inclusive, adults-only, 5-star resort offers preferred service, luxury and elegance in a tropical, relaxed setting. Located near Montego Bay along one of the most beautiful coasts of the island, IBEROSTAR Grand Hotel Rose Hall is part of their elite Grand Collection. This colonial-style hotel boasts fashionable terraces, sitting areas, balconies and suites with soft European linens, marble bathrooms with hydro massage baths and stocked mini bars with drinks and food – not that you will need any snacks with 11 restaurants, including four specialty restaurants and two buffets. Choose to dine Teppanyaki style at Kiniro Japanese Restaurant or chill with lunch on the beach and a view of the ocean. During the day you can enjoy watersports, swimming, kayaking, join a yoga or Pilates class or be daring and sign up for dance lessons. Guests also have access to one complementary round of 18-hole golf at Rose Hall Golf Association that sits upon the northern coast so you can admire the view while you score your hole in one.

There are endless adventures to have in Jamaica and CAA Travel can take you there. We have great deals with WestJet Vacations and more exclusive offers for our Members.

Now’s the time to book your winter vacation. Visit local CAA Store, book online or call 1-855-660-2293 to speak with one of our knowledgeable Travel Consultants 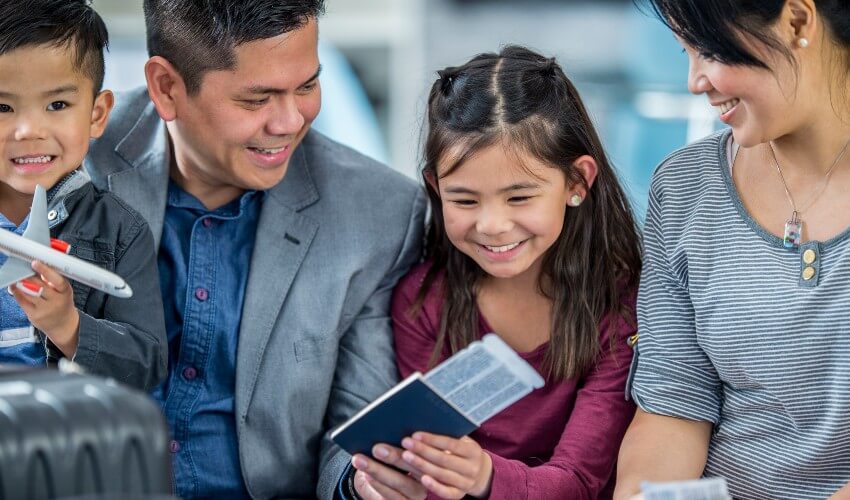 There are six important reasons to check your passport expiry date now and renew in advance. Your local CAA Store takes passport photos for many countries. 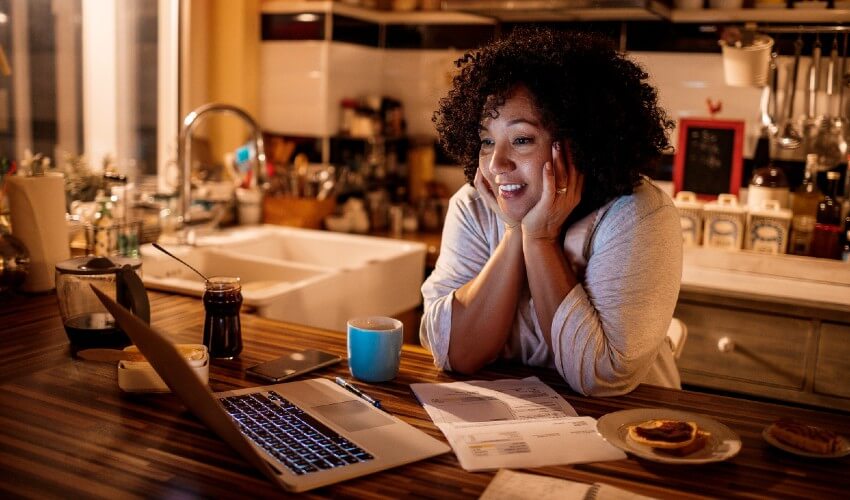 Ever Wanted to Visit a Favourite Movie or TV Show Location? Here Are Some Ideas

We’ve compiled a list of places where some popular movies and tv series were filmed. Use these destinations as ideas for where to go on your own adventure. 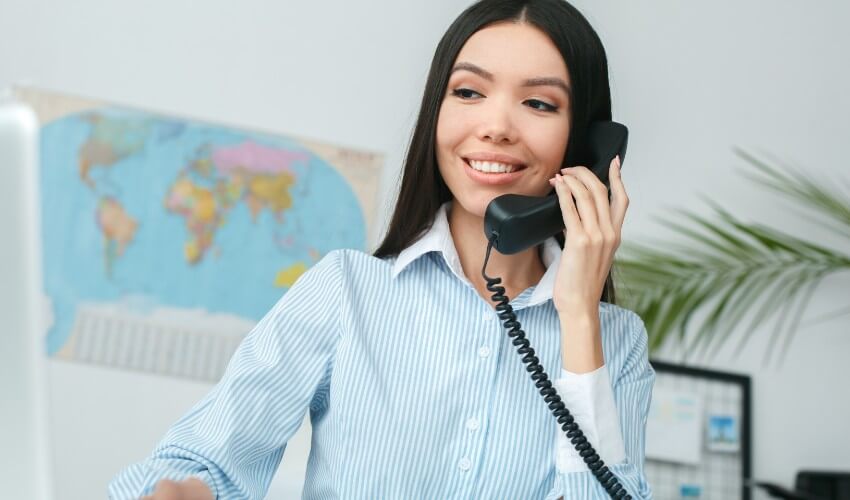 Benefits of booking your trip with a CAA Travel Consultant.

Travel looks a little different these days. That’s why our CAA Travel Consultants are ready to help you when the world re-opens to travel again.