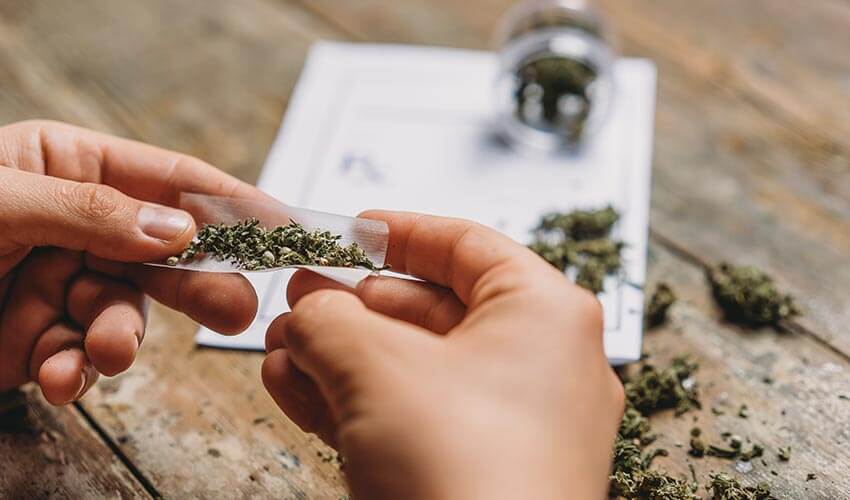 With the federal cannabis bill, Bill C-45, set to be brought into law in the coming weeks, many individuals are concerned about the consequences that legalization will have on our roads. We at CAA are particularly worried over indications that our youth, the newest drivers on Ontario’s roads, hold many misperceptions about cannabis usage that could prove dangerous.

“The most common myth is cannabis makes them a better driver,” shares Michael Stewart, Program Director at arrive alive DRIVE SOBER®, an organization currently celebrating its 30th year running programs and spreading messages to eradicate impaired driving. “They believe it helps them focus, drive slower,” he says, adding it’s a myth common to both young and adult drivers.

“In reality, it actually impairs your ability to focus and effects reaction time, concentration, coordination, peripheral vision and depth perception – all key things that you need behind the wheel,” he adds.

Dr. Robert Mann, senior scientist at the Centre for Addiction and Mental Health (CAMH), would agree. “In the last two years there’s been a lot of research that shows that cannabis increases the chance of being in a collision,” he says, adding that his own studies have shown that, within five minutes of smoking the drug, people already show peak THC (an active chemical ingredient produced by cannabis) levels in their blood. “The weight of evidence is pretty clear now.”

Yet, misperceptions continue among youth, which is particularly worrisome in light of this year’s Ontario Student Drug Use and Health Survey, conducted by CAMH. In 2017, one in five (19 percent) of Ontario students from grades seven to 12 reported using cannabis over the past year, with others saying they’ll try it when the drug becomes legal.

With 15 years old being the average age of first-time cannabis users – at the cusp of receiving their license to drive – another of the survey’s findings is concerning: one in 10 students reported riding in a vehicle driven by someone who had taken drugs at least once this past year. Four percent of student drivers from grades 10 to 12 admitted to driving within an hour of drinking.  However, a much higher percentage (nine percent) reported driving within an hour of taking cannabis, representing over 24,000 adolescent drivers.

“Thankfully, a larger number of young people have finally heeded the call to not drink and drive,” says Stewart. “But when you mention drug-impaired driving, they’re like, ‘oh yeah, that’s okay.’” Students need to understand that driving while impaired by drugs is dangerous and against the law. They may be shocked to hear that the penalties will be the same as with drinking and driving: zero tolerance. You can have your license immediately suspended, face fines along with potential criminal charges and even jail time.

Stewart suggests that parents have an open conversation with their children about impaired driving and safe driving practices. Another tip is to make a plan with them to get home safe – whether ensuring they have enough money for a cab, public transit or a place to stay overnight.

Make sure your kids also know that they can always call home, no matter the hour. “You’d rather get a call at 2:00 a.m. asking for a lift, than a call from police saying your kid is arrested for impaired driving or worse.” And for anyone who’s watched helplessly as a friend tries to get behind the wheel impaired, remember Operation Lookout. The program encourages all road users to call 911 and report it as a crime in progress.

Finally, keep in mind that just because someone slept, it doesn’t mean they’re sober, says Stewart, revealing another misperception among young drivers who feel a few hours of napping between a late night and early morning class is good enough to avoid charges of impaired driving. It can take up to 12 hours for the effects of a night out to wear off.

As arrive alive DRIVE SOBER celebrates its 30th year, the milestone is bittersweet. “It’s great to be doing this important work for so long, but it’s too bad we still have to put out these messages,” says Stewart. CAA is proud to work with Stewart and his team in disseminating those important messages. In fact, we’ve recently partnered with arrive alive DRIVE SOBER and the Ministry of Transportation to produce a video about the dangers of driving under the influence of drugs, which was shared with every high school in Ontario.

As we monitor the developments with the upcoming legalization of cannabis, we hope that, by working together, we can challenge misperceptions and ensure a safe road ahead.