Debunking the myths around driving high in Ontario. 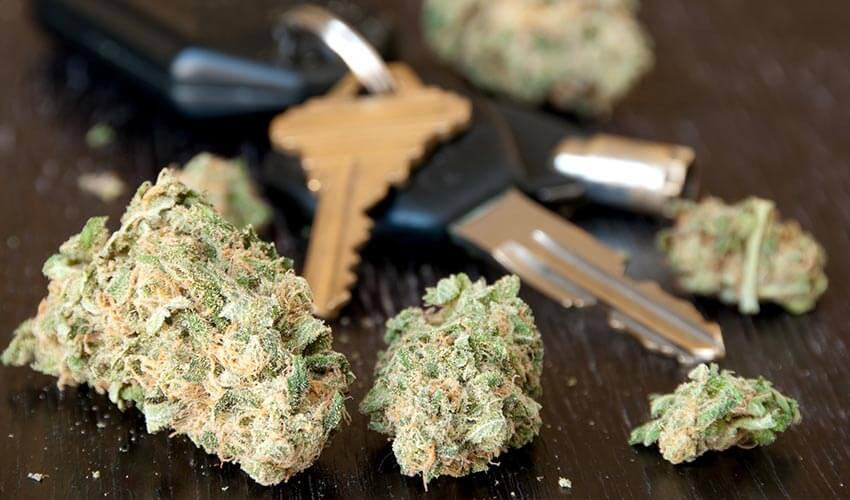 With the federal government set to legalize marijuana in 2017, and new Ontario penalties in place for drug-impaired driving, misconceptions may linger for motorists around the issue of driving while under the influence of drugs. To help drivers prepare for these changes, CAA South Central Ontario (CAA SCO) reached out to Constable Reed Holland of York Regional Police who tells us it is imperative for all motorists to understand the risks, consequences and signs of drug-impaired driving.

“The new penalties for drug-impaired driving mirror those long in place for alcohol-impairment, so the consequences should come as no surprise. Unfortunately, some fallacies may remain out there that driving high is somehow treated as less critical,” says Constable Holland. “It’s the responsibility of every motorist to help prevent and detect and be aware of the legal implications of impaired driving.”

To help educate motorists, Constable Holland exposes some of the most common misconceptions about driving while under the influence of drugs.

Many drugs have psychoactive properties, especially those taken illicitly or as a drug of abuse and are desirable for some users for that specific effect.  Whether it’s to help with mood or pain, some of these drugs may cause sedation that is unsafe for driving. Any substance that alters the mental state and provides a high of any kind can adversely affect attention and driving performance, decreasing a driver’s awareness of distance and timing and altering depth perception. As an example, in the State of Colorado, police enforcement noted speeding was the number one reason cannabis-impaired drivers were pulled over in its first year after legalization.

Myth #2:  “There are currently no consequences to driving while under the influence of drugs.”

The police want all Ontario drivers to know: “Drive high, get a DUI”.

Since 2008, federal laws allow police to demand a roadside field sobriety test if the driver is suspected of driving under the influence of alcohol or drugs, with subsequent consequences if a driver fails to take part in the testing. An immediate licence suspension of 90-days and a roadside vehicle impoundment can occur following subsequent testing. Upon conviction, a minimum fine of $1,000 can be applied for drug-impaired driving, the same as for alcohol-impaired driving, along with a one-year driving prohibition.

In addition to the legal consequences, those caught driving while impaired usually face thousands of dollars in legal fees, significant increases in insurance rates and vehicle towing and storage fees.  Criminal convictions often affect a person’s ability to secure gainful employment and travel out of the country.

Myth #3:  “Law enforcement has no way of detecting drug impairment.”

The reality is that police are fully equipped with many tools and procedures in place to test drug impairment at the roadside and at the police station. Officers throughout Canada and internationally are now trained through standardized programming to become Drug Recognition Experts (DRE).

Out on the road, police are always on the lookout for signs of impairment, such as weaving within a lane (the

most common indicator), along with other indications of drug use such as the odour of marijuana. If impairment is detected, a driver is asked to leave the vehicle to undertake a standardized field sobriety test. A driver who fails the test and is considered to be under the influence of drugs can be immediately arrested for impaired operation of a motor vehicle and brought to the police station where a DRE will administer a Drug Influence Evaluation ­­­– a thorough 12-step process that includes the collection of urine or blood for toxicology testing. Increased vigilance around the issue has seen the number of these evaluations in the region rise with 19 in 2014, 56 in 2015 and 86 in 2016.

Myth #4:  “The average person cannot detect if someone is driving high, so I don’t really have a role in preventing or reporting it.”

Just as with spotting drivers under the influence of alcohol, everyone has a role to play to help prevent and detect drug-impaired driving. Friends don’t let friends drive high or drunk. Call a cab, friend or relative for a ride. If a motorist suspects someone of driving while under the influence, they should call 911 to report the make, model, colour and licence plate of the car and its location and direction of travel.

CAA believes there is a real potential for the legalization of marijuana in Canada to lead to more drug-related collisions. To prevent this risk, CAA is advocating for public policy that includes meaningful legislation, public education on the dangers of drugged driving and effective enforcement. For more information, visit www.caa.ca/drugdriving.