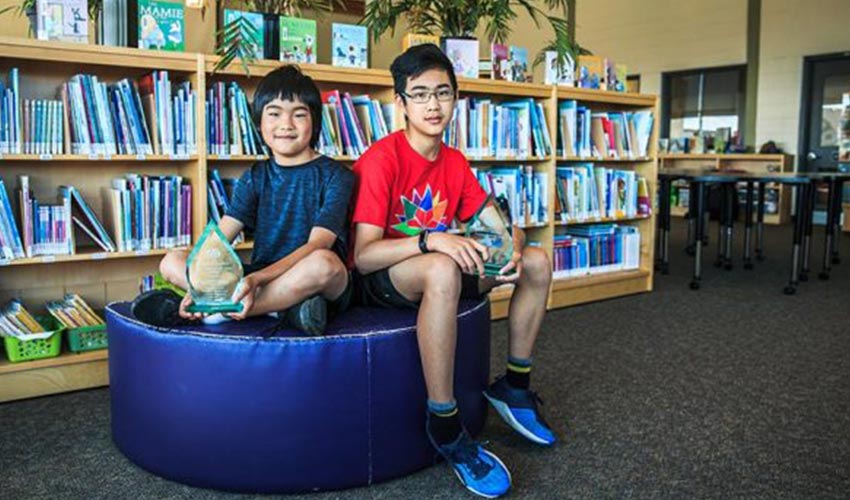 It was in February that Jon and Justin had a chance to demonstrate just how good they were. The two brothers had finished Patrolling and had exited their bus, when they noticed a very young student standing alone. She was let off the bus in error and the bus had already left. Immediately recognizing that this was an unsafe situation, the brothers attempted to talk to the young child, who obviously upset, didn’t respond. The brothers then decided that Jon would run home and get their Mom, while Justin stayed with the child. It was then that Justin noticed contact information on the student’s backpack. When Jon returned with his Mom and her cell phone, Justin called the contact number and reached the student’s parents. Thanks to quick thinking, the child was reunited with her family in short order.

Not only were their actions during this situation impressive, but the brothers’ demeanour afterwards was equally so. In fact, both brothers were so humble that it actually took the school several days to determine what had actually happened. Little wonder that the school nominated the brothers and that they were selected as the 2019 CAA School Safety Patrollers of the Year.

Could your community benefit from safer school buses and school zones? Find out more about how 20,000 student volunteers, teachers and parents at 800 schools across Ontario are making a difference in their communities through the CAA School Safety Patrol program.