Ontario drivers need to know now that cannabis is legal. 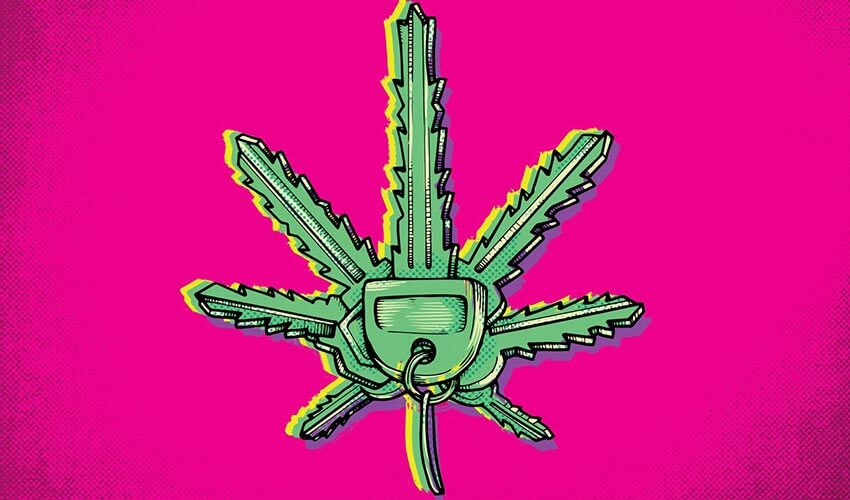 With recreational cannabis now legally available to adults across Canada, the province of Ontario has taken additional measures to keep our roads safe and ensure drivers understand the dangers of impaired driving.

And it’s not hard to see why.

“We know that THC in cannabis can impair a driver’s cognitive and motor skills — skills that are vital to operating a motor vehicle safely,” says the Hon. Jeff Yurek, Ontario’s Minister of Transportation (MTO).  Drug-impaired driving is dangerous and illegal, he adds, which is why Ontario has strict laws and penalties for offenders. “Impaired is impaired, and it is never okay to drive high”, Yurek added.

It’s a message Jessica Mahon echoes regularly. As a Team Leader, Special Projects at MTO, she says it’s important to understand that the penalties for driving impaired by alcohol also apply to driving impaired by cannabis and other drugs. An impaired driver faces immediate penalties at the roadside and additional consequences if convicted in court.

“The Highway Traffic Act states that if a driver is impaired by drugs or a combination of drugs and alcohol, they will see an immediate licence suspension, mandatory remedial education/treatment and ignition interlock requirements for repeat occurrences and, in some cases, a vehicle impoundment” says Mahon, who adds that these drivers are also subject to a licence reinstatement fee and come January 1, 2019, additional escalating administrative monetary penalties. “Impaired driving is dangerous and unacceptable – the penalties are severe”.

Three new Criminal Code charges were introduced too. It’s now a summary conviction offence to be found with between two but less than five nanograms (ng) of THC per millilitre (ml) of blood and drivers face a maximum penalty of $1,000, explains Sgt. Brett Moore of Toronto Police, Traffic Services. If you’re found with five ng or more of THC (or any detectable drug), you’ll face a mandatory minimum of $1,000 for the first offence. A second offence will bring a minimum of 30 days in jail, while third and subsequent offences can lead to 120 days imprisonment. Moreover, if you have 2.5 ng of THC and 50 mg of alcohol, you’ll face a mandatory minimum fine of $1000.

Ontario has also strengthened its impaired driving laws for young (under 22 years old) and novice (those with G1, G2, M1 and M2 licenses) drivers with the introduction of zero tolerance. If caught, they face an escalating three, seven or 30-day license suspension, mandatory remedial measures and other penalties. Keep in mind that every novice driver is in the same boat no matter their age, says Moore, adding that commercial drivers face the same high standard of zero alcohol or drugs in their system.

So what tools do police have at their disposal to implement these new laws? And should Ontario drivers feel safe? Absolutely, says Moore. Though oral screening devices are now legal, many police services are still researching their efficacy. But Standard Field Sobriety Tests and Drug Recognition Evaluations have been around for the past decade and work well, says Moore, adding that Toronto boasts over 300 trained standard field sobriety testing officers and numerous Drug Recognition Evaluators. “All police services in the country have tools, training and techniques to find, arrest and prosecute impaired drivers.”

Still, public participation is integral to the police doing their job. If you suspect an impaired driver, call 911, requests Moore. And, with so much misinformation out there (including that people drive better with cannabis), make sure to educate yourself and your loved ones about cannabis usage. Mahon agrees, adding that MTO offers print and online resources and supports their partners working to prevent impaired driving. “Public education is key.”

As a long-standing advocate for drivers, CAA continues to monitor the discussion on cannabis while ensuring that public education remains front and centre.