Why It’s Crucial to Slow Down for Tow Truck Operators

Over two decades on the job, tow truck operator John Kimove has had his share of close calls. But one near miss remains especially fresh in his mind.

It was a spring afternoon in 2011 and the owner of Chatham-Kent’s National Roadside Solutions was changing a motorist's tire on the side of Highway 401.

Suddenly, he looked up to see a car speeding along the shoulder straight at him. Kimove says the driver was about 50 metres away—close enough, Kimove remembers, to make eye contact—when he swerved back into traffic, setting off a three-car pileup. While Kimove was unhurt, the crash was a reminder of the dangers faced by tow truck operators everyday, he says.

While tending to stranded vehicles, tow truck operators are risking their lives daily. Here’s why it’s important to slow down and move over in to keep them safe. 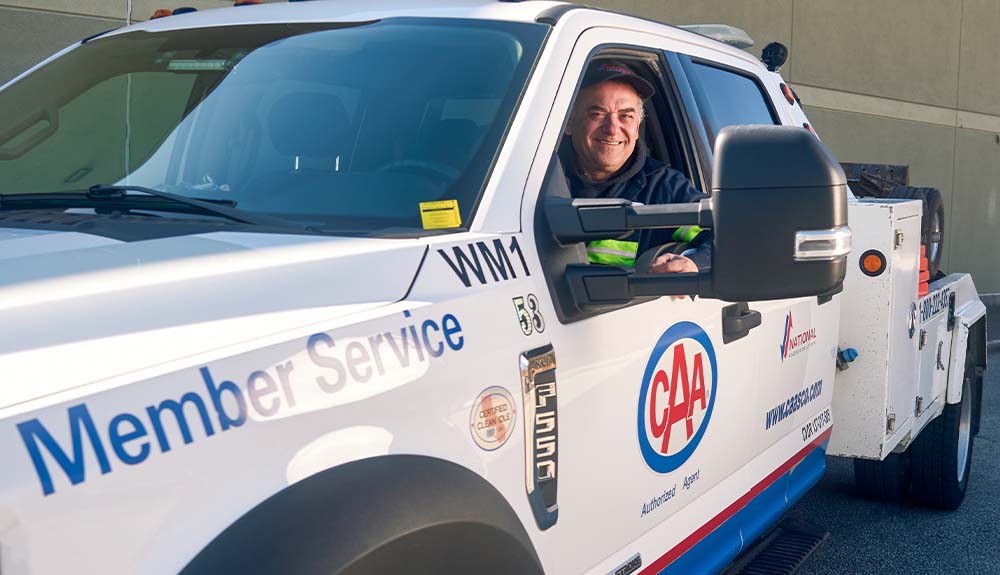 “Just being out there, tow operators are risking their lives,” Kimove says. “Everybody’s in a rush. But they don’t think about the consequences of being in a rush, what could happen.”

Stories like Kimove’s are why road safety activists have designated May 11 as CAA’s National Slow Down, Move Over Day, which highlights awareness about the risk tow truck operators face daily and to encourage motorists to give them the space they need to work.

Across North America, approximately 100 tow truck operators are killed every year while attending to stranded vehicles.

“There is a huge safety risk these men and women take every day,” says Teresa Di Felice, the assistant vice president of government and community relations with CAA South Central Ontario. She says drivers should do everything they can to safeguard tow truck operators, whom she calls essential workers.

“They’re doing this job to rescue people who are stranded and in need of assistance.”

Like many jurisdictions across North America, Ontario has strict laws designed to protect tow truck operators, which have passed after years of advocating by CAA.

These laws require drivers to slow down and proceed with caution if they see a tow truck—or any other emergency vehicle—that is stopped on the side of the road with its lights flashing. If it’s safe, motorists should also change lanes. If they don’t do those things, they face a minimum fine of $490 and three demerit points for a first offence. Repeat offenders could lose their licence for two years and face up to six months of jail time.

The law has been in effect for six years, but a CAA survey conducted in April 2020 found that just 55 percent of drivers actually slow down and move over for stopped tow trucks. More than 87 percent do so for other emergency vehicles, like fire trucks, ambulances and police vehicles, which is a dangerous double standard, Di Felice says.

While awareness has been raised as a result of the law, the profession remains a dangerous one, Kimove says.

He believes the explosion of cell phones and the epidemic of distracted driving they have created has made the roads a more dangerous place. In Ontario, one in three drivers have admitted to being distracted by their mobile device, while in 2014, inattentive driving contributed to one in five road fatalities.

Numbers like that are why Kimove recommends that drivers put their phones away. He also says they should constantly scan the road ahead and never take their eyes off the pavement for more than two seconds. Any more, and there's a chance they won’t be able to react to something unexpected, like a tow truck on the side of the road.

“Too many people don’t pay attention to what’s going on around them,” says Kimove. That’s very dangerous when you’re driving a 4,000-pound missile down the road."

Each May, CAA clubs across Canada coordinate a national Slow Down, Move Over Day as part of a broader campaign to remind motorists to be cautious around tow truck operators. Learn more about CAA’s efforts to protect tow truck operators here.