What You Need to Know Before Setting Up a Dash Cam

There was a time when dash cams were just for the police. But not any more.

These gadgets are becoming increasingly popular with everyday drivers who want a record of what’s happening on the road around them.

“There’s a logical application for literally all demographics,” says Paul Carson, a manager at Lockdown Security in Markham, Ont.

His shop has installed dash cams for everyone, from Ferrari owners who want to protect their (sizable) investments to parents who want to make sure their kids aren’t speeding in the family minivan.

But picking the right dash cam and installing it takes a little work. That’s why we’ve compiled this handy guide.

Step 1: Settle on your set-up

There are two common types of dash cam set-ups, known in the business as one-channel and two-channel, says Carson. In the one-channel set-up, you have a single dash cam on your front windshield, giving you a view of the road ahead.

A two-channel arrangement adds a second camera on the rear window that is connected to the main camera. That set-up is more complicated and likely beyond the installation skills of your average DIYer.

“What’s the point if, when you need it, you can’t get a clear visual of what happened?” asks Carson.

As well, cheap dash cams often have poor thermal insulation, causing them to malfunction on both hot and cold days.

Carson says you can find quality one-channel cameras starting at about $200 and good two-channel set-ups for about $300. He recommends going with well-known brands like Sony and Samsung.

Step 3: If you’re ambitious, mount it yourself

DIYers take note: you can set up a dash cam yourself. Most can easily be mounted to your front windshield with an adhesive strip or suction cup. But the tricky part is hiding the power cord that connects the camera to your cigarette lighter or 12-volt outlet. 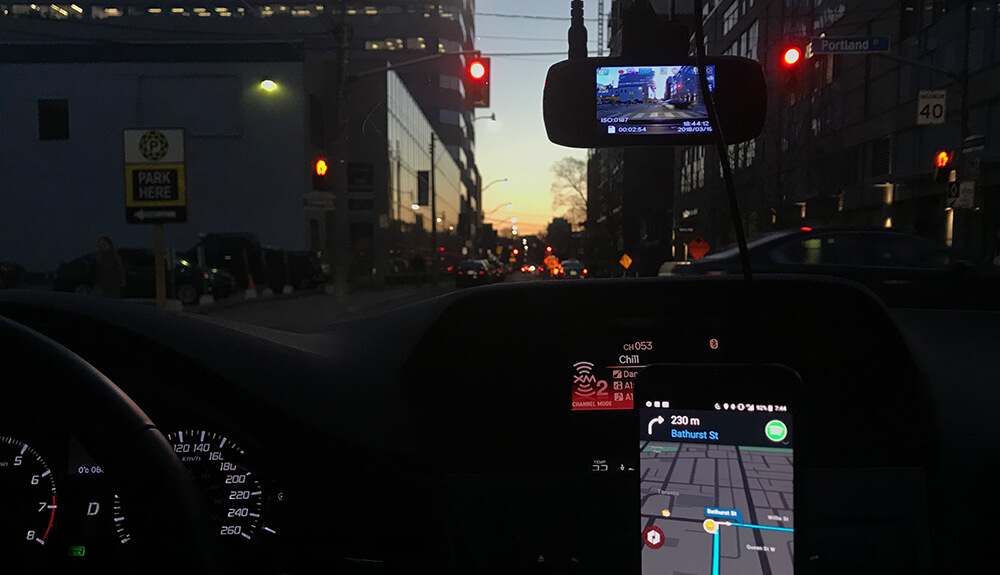 You’ll need to peel back your car’s headliner and the plastic covering on the A-pillar, tucking the wires underneath as you go. YouTube is full of tutorials, but experts warn that the safest approach is having the camera installed by a technician.

If tinkering with your car’s interior isn’t your cup of tea, it’s probably best to get the camera professionally installed. Technicians can hard-wire the camera to your car’s fuse panel, which has several benefits, says Carson. Not only will the wires be hidden, you won’t take up valuable outlet space.

Also, when the camera is connected to the fuse panel, it will work even when the engine is off, which is great for keeping tabs on your car when it’s parked. If you run the camera into the cigarette lighter, it will turn off when the car does.

Test just how much you know about the rules of the road with our interactive quiz or learn why the Dutch Reach is important for all road users.