The Exciting 2018 Ford SUV Updates to Know About This Year

From refreshed exteriors to a new standard engine offering, the automaker has upgraded its core trio of Explorer, Escape and Edge

The Ford Explorer has little to prove: originally released in 1990 to replace the legendary Bronco II, it helped shape the modern SUV segment. The Escape came out approximately a decade later and did the same for compact crossovers. And the mid-size Edge came last in 2007, helping fill the gap between the other two models.

This year, all three SUVs get a makeover. Here’s what to watch for in 2018.

Ford Explorer: a fresh exterior and onboard hotspot

The current fifth-generation Explorer launched back in 2011 and underwent a major facelift only two years ago. For 2018, the styling is further refined, with a front fascia receiving a slightly deeper grille boasting finer mesh and sleeker fog lamps in lieu of the former C-shaped units. Five new wheel designs and colours mean owners can customize their rides even further.

Climbing into the cabin, occupants will be pleased to find an available Wi-Fi hotspot that can support up to a whopping 10 devices simultaneously, so your next road trip will be anything but dull.

The venerable Escape gains an additional SEL trim level, offering luxury appointments at a more affordable price point (starting at $29,999) than the top-of-the-line Titanium (which starts at $37,299). Key features include leather-trimmed seating, a power liftgate and the popular Sync 3 infotainment system, which integrates smartphone-like functionality to the vehicle such as pinch-and-zoom gestures.

Those opting for the Titanium trim level will also benefit from a 245-horsepower, 2.0-litre turbocharged EcoBoost engine that’s a bit beefier compared to the previously standard 1.5-litre.

Ford Edge: a touch of aggressiveness, plus extra safety

Built in Canada, the second-gen Edge gets a whole lot sportier for the new year. A Sport Appearance Package is being introduced on the mid-range SEL grade, giving the crossover darker accenting on the grille, mirror caps and rear spoiler for an overall meaner look. Inside, the interior matches the sleek vibe, with special Mayan Gray fabric-upholstered seating that plays off the copper-coloured dashboard accents. 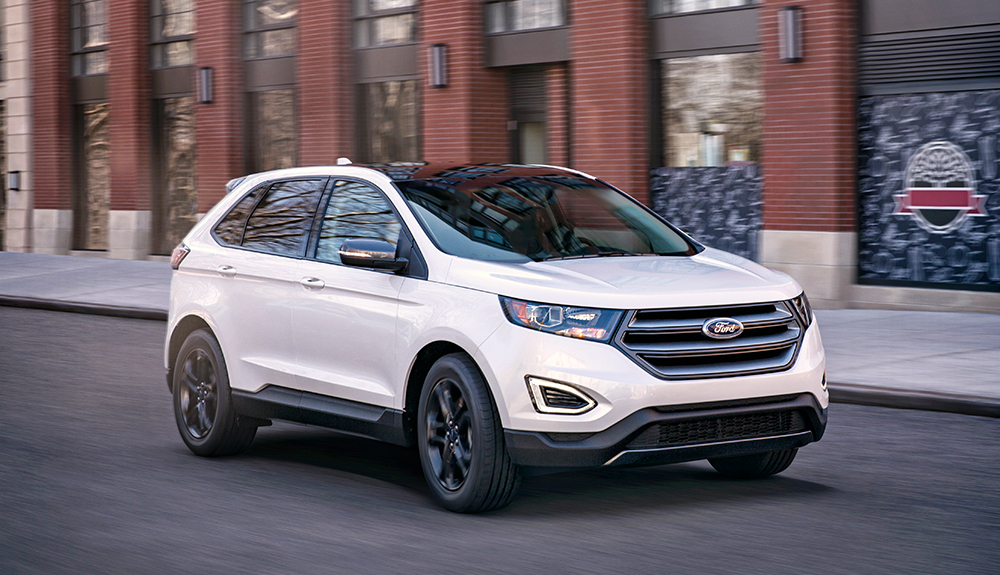 Looking for a new thrill in the driver’s seat?

Find out all the Ways the New S90 Reinvents Volvo or What Happens When You Drive a Lamborghini for the First Time.

Check out other new cars for 2018 at this year’s Canadian International AutoShow—and be sure to stop by the CAA booth to enter for your chance to win the trip of a lifetime to Alaska.