Tulips and fireworks, yes. But a fire-breathing dragon? Yoga with an orchestra? To mark the sesquicentennial, a year-long schedule of special events is underway in the National Capital Region. So even if you can’t make it out for Canada Day weekend, there is no shortage of things to see and do later in the summer and into the fall.

Head to Parliament Hill, nearby Major’s Hill Park and the Canadian Museum of History in Gatineau, Que., for the official Canada Day fêtes. (A free shuttle runs between the sites from 9 a.m. to 6:30 p.m.) Parliament Hill highlights include a 21-gun salute and the Snowbirds Air Show. Then street performers and dance battles take over, followed by an evening concert featuring Cirque du Soleil, Alessia Cara, Walk Off the Earth, Serena Ryder, Dean Brody and Gordon Lightfoot. Fireworks—launched from five different locations simultaneously—start at 11 p.m. and run exactly 20 minutes and 17 seconds.

When: July 1 (free events run all weekend long from June 30 to July 2)

2. See Into the Country’s Future at WE Day Canada

With a mix of participating performers and motivational speakers, WE Day Canada on Parliament Hill harnesses the youth-focused movement on this sesquicentennial to ask: what’s next? From Olympic medallists to musicians and YouTube stars (and even an astronaut), each will make their own pledge toward Canada’s future, inspiring the next generation of Canadians and discussing how we can make the next 150 years count. The lineup includes Kardinal Offishall, Hedley, Lilly Singh, Perry Bellegarde, P.K. Subban, Penny Oleksiak and Chris Hadfield.

Venture beyond the outsized Ottawa sign—resist a selfie if you can—and you will be rewarded with a closer look at the diversity of Canada’s travel destinations in Inspiration Village. This alley of shipping containers representing Canada’s provinces and territories, located in Byward Market, is a temporary stop for quick-hit fun. Learn to write your name in Inuktitut at the Nunavut station, take a rock’n’roll-themed photo in Quebec’s container and choose your dream destination with Parks Canada. A small stage offers rotating musical acts and performances.

4. Check out Canada Scene at the National Arts Centre

Some of Canada’s most compelling and creative forces are making their way to the capital for Canada Scene at the National Arts Centre. The lineup includes music, theatre and dance. Highlights include Buffy Sainte-Marie, The West Woods (the untold story of Charlotte Desmond, an African–Nova Scotian woman who appeared on The Ed Sullivan Show in the 1950s) and the latest work from choreographer and dancer Marie Chouinard, called Hieronymus Bosch: The Garden of Earthly Delights. Family-friendly shows are also included in the events.

How much: Various prices; some shows are free of charge 5. Participate in as Many Ignite 150 Activities as You Can

A series of incredible stunts and events will appear across the capital thanks to Ignite 150, with the only tipoff coming from app alerts and social media. Expect the unexpected, but hints involve yoga serenaded by a live orchestra, a 4-D movie on a rooftop and modern dance in a fountain. Download the Ottawa 2017 app for details.

How much: Free, but reserve your spot through the app.

6. Be Mesmerized by Horticulture (Yes, Really!) at MosaïCanada

Dozens of living sculptures will take the shape of things like galloping horses, a grand piano and Mother Earth’s giant head with flowing hair in this garden-gone-wild at Jacques-Cartier Park in Gatineau, Que. Each growing piece reflects the country’s 150 years of history in a stunning exhibit that will take about 90 minutes to explore completely. 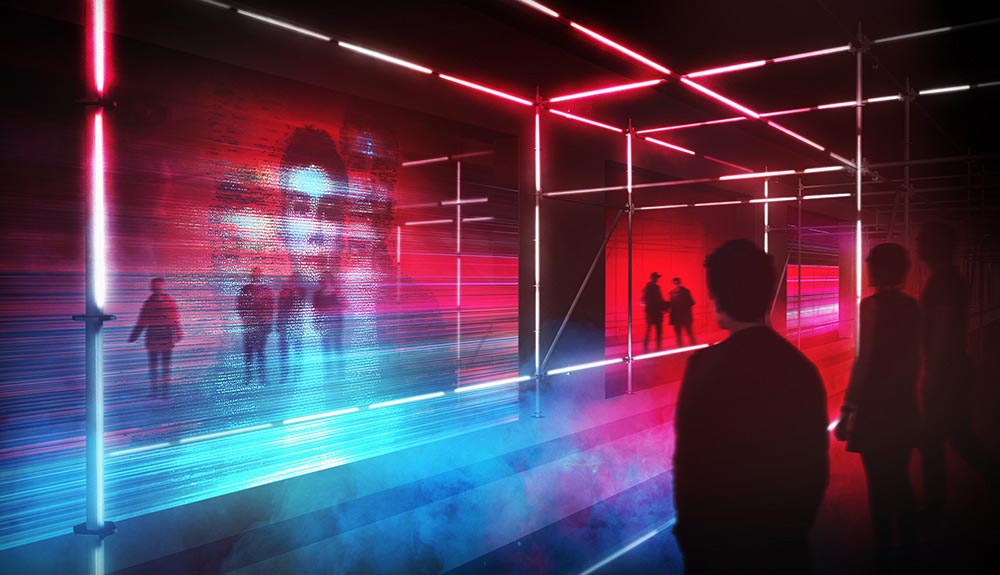 7. Entice Your Senses With the Kontinuum Experience

Named for the electromagnetic energy released when construction workers exposed 150 years of buried sediment to the atmosphere, Kontinuum is a 35- to 45-minute-long experience designed to ignite your senses. A partnership between Ottawa 2017 and Montreal’s Moment Factory, it’s an immersive and interactive light and sound show that takes place below ground in the future Lyon Street light rail transit station.

How much: Free, but reserve your place through Ottawa 2017.

8. Catch a Glimpse of the Mighty La Machine

A visit later in July will give you a chance to catch a glimpse of La Machine, an urban theatre troupe from France whose visit is part of the series of Canada 150 events. The company makes its North American debut when its large-scale machines—a fire-breathing dragon and giant spider—roam the streets of downtown Ottawa. 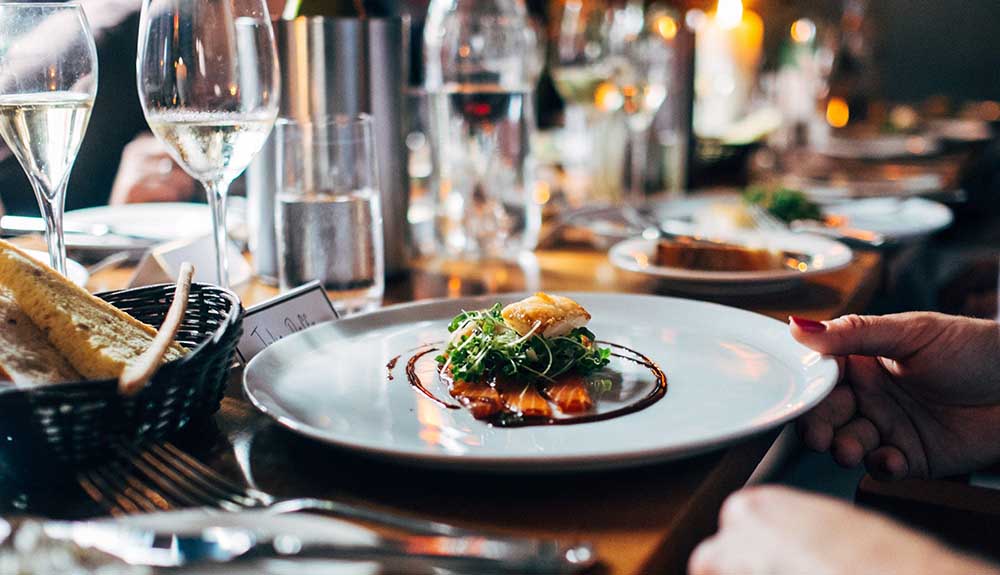 9. Stuff Your Face on the Secret Eats Tour

Taste local flavours and meet the producers, crafters and growers behind those flavours. Part of Agri 150’s rural culinary tours around Ottawa, this Secret Eats Tour takes six hours and heads to West Carleton. The stops will only be revealed on the tour—letting the secret out for good.

10. Watch the Magnificence Of Chaudière Falls

If you can hold off your visit to the capital until fall, don’t miss this vivid show at Chaudière Falls, an important Algonquin site. The show will feature a light and ambient sound display designed to illuminate the falls and celebrate Canada’s Indigenous presence, plus a panel that will share the story of the First Nations, Métis and Inuit communities.

When: Late September to early November 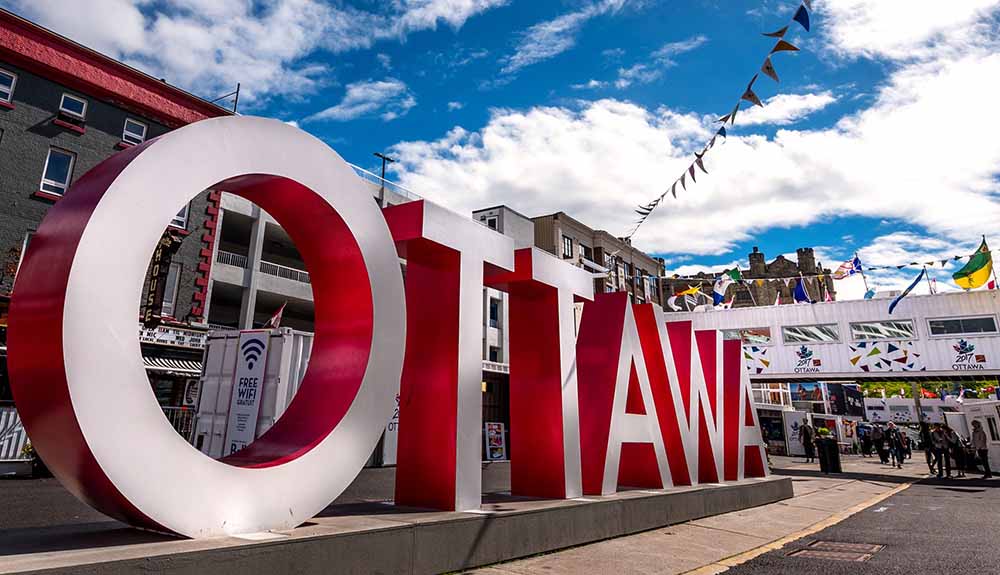 Looking for ways to celebrate Canada across the whole country? We’ve got you covered.