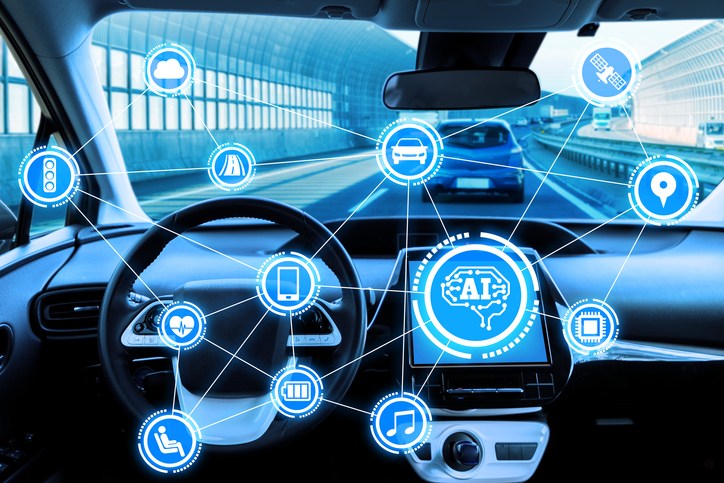 New-car buyers are faced with the prospect of their ride being equipped with a greater amount of safety technology than ever before. Some gadgets are familiar while others are less recognizable to the point of causing anxiety for some drivers.

For example, have you ever noticed small, button-like circles on the bumpers of newer vehicles? These are generally housings for sensors tasked with operating an array of safety equipment. In the front windshield and on side mirrors, one may also find small lenses which often contain some type of camera.

The acronyms presented in this blog are generally understood to be industry standards, no matter the car brand. And an important reminder – though these features are designed to help reduce collisions, they are in no way a substitute for safe and attentive driving.

So, buckle up – we’re about to take a tour of significant safety features you’re most likely to find on a new car in 2019.

This tech deploys a forward-facing camera and radar or laser (or a combination of the two) in an attempt to scan the road ahead. It is designed to alert the driver if the distance between their vehicle and the one ahead vehicle ahead is closing too rapidly. Different manufacturers alert the driver in different ways – some use a bright-red STOP warning on the dashboard while others sound an alert claxon. This particular system does not apply the car’s brakes.

AEB is usually, but not always, paired with an PCS system. Using the PCS’s dire predictions of impending doom, it will automatically and vigorously apply the car’s brakes if it feels a collision is imminent. This feature can be disconcerting, as an alert driver may be using their good judgement and have already determined they are not going to hit that other car which is slowing to turn onto a side road. Most AEB systems can be turned off.

Cruise control has been around for ages but adaptive cruise control is a relatively new development. This feature uses a series of forward-facing sensors to read the road ahead. On an open road, it will maintain your speed at the requested setting, just like traditional cruise control. If it senses a slower-moving vehicle ahead, the system will adjust your car’s speed to match it while keeping a safe distance. 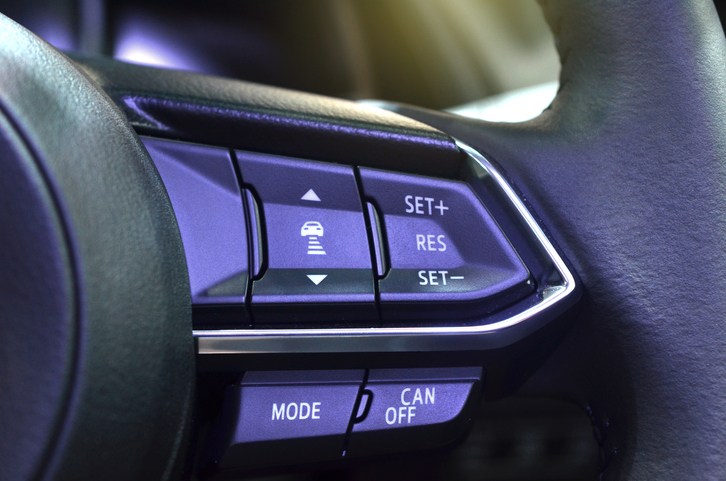 Found on cars with sensors or cameras baked into their sideview mirrors, LDW alerts the driver if they start to drift out of their marked highway lane. Some vehicles sound an alarm, some play a buzzing sound through the stereo speakers, and a few even vibrate the driver’s seat to let the operator know they’re colouring outside the lines. LKS uses the car’s braking and stability systems to gently nudge the vehicle back into its lane. Both depend on clearly painted road markings. 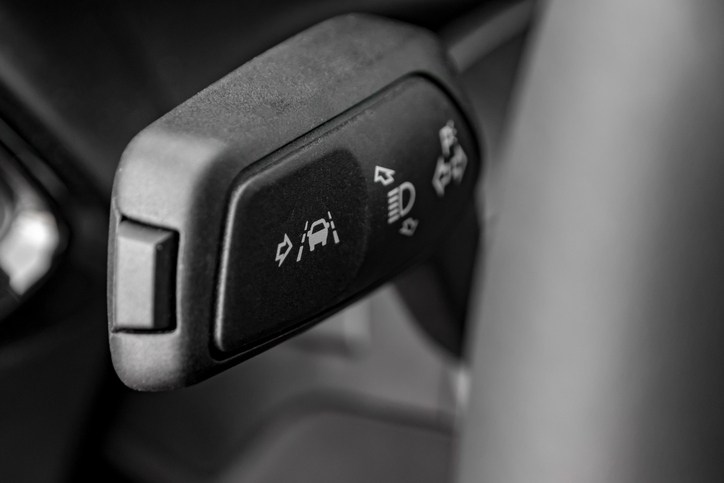 Deploying cameras, sensors, or a combination of both, blind spot detection systems monitor the road behind you for other cars that are potentially hiding just outside your line of sight. Very helpful on a multi-lane highway, this tool alerts the driver if there is a vehicle in your blind spot – a place difficult to see without swiveling one’s head about like that kid in The Exorcist.

Generally unobtrusive, most simply illuminate an amber light by the sideview mirror and only emit an audible alert if the driver attempts a signaled lane change. 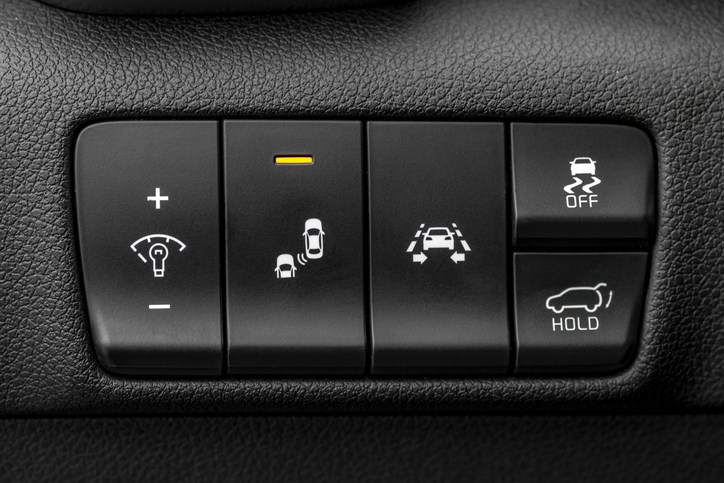 Most new cars and trucks are equipped with a rear-facing camera. In fact, as of this year, they are mandatory in all new vehicles. They are a boon to visibility, providing clear sightlines astern. Transport Canada estimates nearly 30 people were killed in reverse-motion accidents between 2004 and 2009, while some 1500 were injured in a similar fashion. With stats like that, backup cams are definitely worth the cash.

These items, often known as dash cams, have been available from a variety of aftermarket supplies for the last several years. Generally forward facing, they passively keep an eye on the road ahead in an effort to record road activity or calamities for later viewing. Some manufacturers have begun building them into their cars, including a few who have adapted the technology for performance purposes. Certain models of the Corvette, for example, use the cameras in a bid to help racers improve their lap times.

Yes, some cars are equipped with this futuristic technology. Once restricted to the pages of science fiction, facial recognition is cropping up in new cars. Cadillac’s system works in conjunction with its SuperCruise technology, watching the driver’s face and making sure they have their eyes on the road. If the car detects an inattentive pilot, it will sound an alert and turn off the adaptive cruise control. 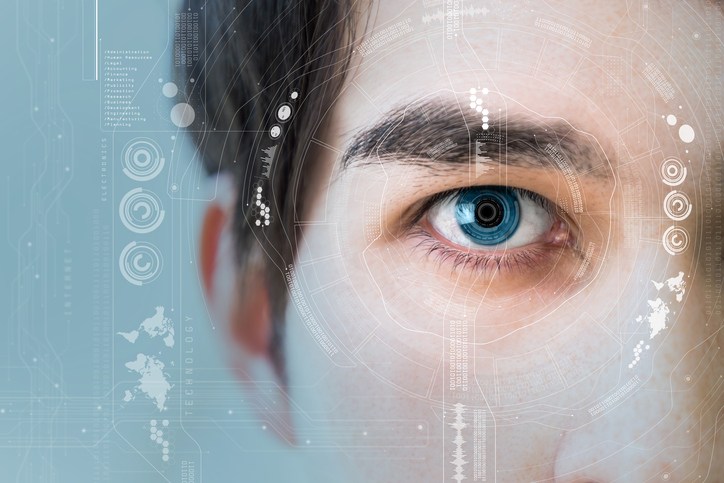