The Five Hottest Travel Destinations for 2018 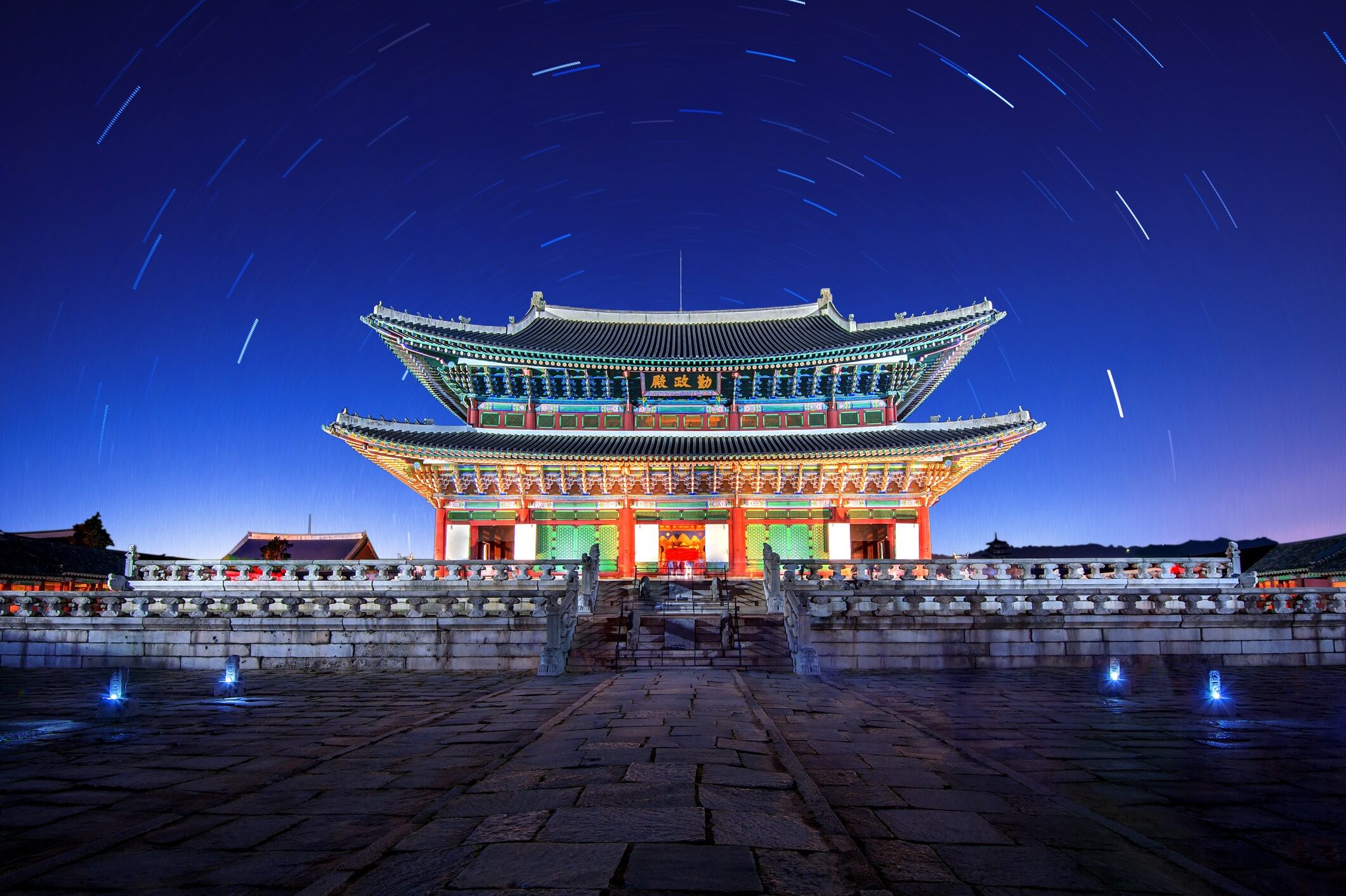 Are you planning where you’d like to travel this year? Here is our look ahead at some of the destinations that should make your shortlist of places to see. When the eyes of the world are on a region, they roll out the red carpet for visitors and upgrade their offerings for travellers. So, from cultural events to international competitions, from historic festivities to world-class celebrations, here are some of the best spots to travel in 2018.

The eyes of the word will be on PyeongChang, South Korea this February as the city hosts the 2018 Winter Olympics. This historic mountain city is located 700 metres above sea level and is one of the region’s hidden ski gems. Home to the Odaesan National Park, with trails crisscrossing the Taebaek Mountains, and a number of Buddhist temples, PyeongChang offers travellers modern resorts that are renowned for their fresh powder and fast lifts that run well into the night.

Hosting the Olympics also means the city has been preparing to welcome travellers from the world over. A new high-speed rail line now whisks passengers the 180 kilometres from Seoul to PyeongChang in just over an hour. The region has also seen a dramatic upswing in the creation of new hotels, restaurants, and entertainment options.

Don’t worry if your Korean is a little rusty. To ensure that visitors enjoy their stay and experience all that the country has to offer, the Korean government has invested in translation apps and multi-lingual travel guides showcasing the local attractions.

(Just don’t mistake PyeongChang for the North Korean capital Pyongyang. Travel to the latter is not recommended.)

Portugal has long been a favourite vacation spot for travellers. With its old world European charm, cobblestone streets, and scenic coasts, it’s not difficult to understand why. The most southern part of the Portuguese mainland, known as the Algarve, boasts some of the country’s best beaches. With over 160 kilometres of clean, sandy beaches lined with fishing villages, golf and beach resorts, low cliffs and hidden coves, the region is an ideal spot for a sun-drenched Southern European beach vacation.

However, this year in particular, the action will be in the capital of Lisbon. From May 8 to 12, the city will be hosting the Eurovision Song Contest – the world’s longest-running annual international TV song competition. The broadcast draws roughly 200 million viewers worldwide, while the host city experiences an influx of thousands or even tens of thousands of dedicated fans celebrating the event. Expect music in the clubs and bars, outdoor shows, and huge international parties and street festivals.

Plus, as with any region hosting a huge international event, the local tourism infrastructure will be renewed, refreshed, and ready to offer visitors a world-class welcome.

Eurovision Stage by Florian Wieder was inspired by the hull of a ship and reflects Portugal’s rich history and culture.

The city of Dubai is famous for its world-class architecture, luxury shopping, and nightlife. A highlight to any visit has to be the Burj Khalifa – formerly known as the Burj Dubai.  Standing 828 metres tall with 160 floors, this is the world’s tallest structure. The observation deck on the 124th floor is the second highest in the world. The tower houses nine hotels and a Las Vegas-style fountain display. The visitors’ entrance is located at the lower ground floor of the world’s largest shopping centre, the Dubai Mall.

The Mall is home to over 1,200 shops of brand names from the world over, as well as an indoor skating rink and an aquarium.

Another draw to this desert city is the recently reopened Etihad Museum which highlights the history and culture of the region. Spread over an area of 25,000 square metres, the museum is built in the shape of a manuscript. It was designed by Moriyama and Teshima Architects, the Canadian firm that worked on The Canadian War Museum in Ottawa, the Aga Khan Museum in Toronto, and the Waterloo Region Museum in Kitchener.

From history and culture to modern architecture and some world-class beaches, Dubai is a destination that has it all.

However, another city in the UAE is starting to rival Dubai as a draw for visitors. The capital city of Abu Dhabi has been making a bid to attract travellers in recent years. Perhaps most notably is with the recent opening of the billion-dollar Louvre Abu Dhabi. This museum is part of a thirty-year agreement between the city of Abu Dhabi and the French government. It is home to 7th century Qurans, historic artefacts, artwork and relics, as well as works by Henri Matisse, Vincent Van Gogh, and Claude Monet and the newly acquired Salvator Mundi by Leonardo da Vinci – which was recently purchased for $450 million.

The museum is designed under a unique structure of web-patterned domes allowing the sun to filter through in order to give the effect of rays of sunlight passing through the palm leaves in a desert oasis.

Highlights of the Louvre Abu Dhabi.

Closer to home, the twin Minnesota cities of Minneapolis and St. Paul are enjoying a cultural renaissance. This is due at least in part to a recent spike in new craft distilleries, bars, and restaurants. The influx of talented chefs and bartenders has made the Minneapolis–St. Paul dining and nightlife scene one of the best in the United States right now. In 2017, Twin Cities–area establishments were nominated for a dozen James Beard awards for excellence in cuisine.

This February, Minnesota will also be hosting the 52nd Super Bowl, drawing thousands of football fans and the world’s media attention to the city. Along with the excitement of the big game, visitors can also explore a thriving city with fantastic museums, restaurants, and nightlife as well as enjoying outdoor activities, with the mighty Mississippi River running right through town. The Mississippi plus the more than 10,000 lakes in the state of Minnesota make this region a haven for camping and outdoor enthusiasts.

Winter camping on one of Minnesota’s 10,000 lakes!

Another American city makes our list of places to visit this year. While the historic and lively New Orleans is always worth the trip, since it was founded at the mouth of the Mississippi River in 1718 by Jean-Baptiste Le Moyne de Bienville, 2018 marks the city’s 300th birthday.

In the aftermath of the devastation from Hurricane Katrina, much of the city’s historic architecture, landscapes and infrastructure were rebuilt and restored. Throughout the Tricentennial year, more renovations and improvements are being made city-wide to celebrate New Orleans’ past and future.

The Big Easy will be celebrating its 300th anniversary with a year-long series of festivals and parties. Of course, there is the famous Mardi Gras in February which is expected to be more boisterous than ever this year. But there are literally hundreds of other events taking place throughout the year, such as the French Quarter Festival in April, the Jazz Fest in late April/early May, the Oak Street Po-Boy Festival, and the Bastille Day Fête just to name a few.

For the rich history and culture, unique food and drink, and vibrant music and nightlife, this year more than ever is a great time to visit NOLA and wish the Big Easy a happy three hundred years young.

Those are our top picks. How about you? Let us know where you’re planning to visit in 2018 on Twitter and Facebook.

You can check out all our destinations, online or give us a call at 1‑855‑660-2295. You can also meet with at CAA Travel Consultant at your local CAA Store.

This winter take a long getaway to Portugal.

A lot of people have no idea that Portugal’s southern region is blessed with a sunny Mediterranean climate all year round.  Even in winter, full days of rain are rare, with tempera ... 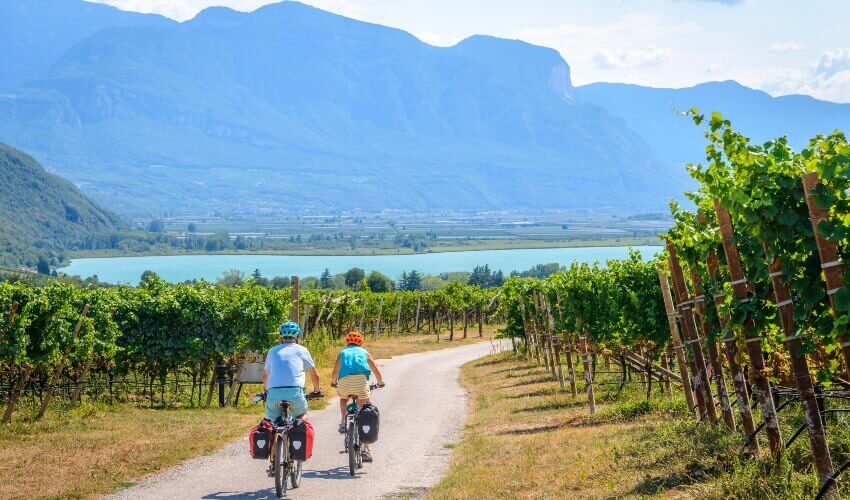 Stay active and set sail for adventure with these exciting cruises.

Capture the sights and sounds of the places you visit. Satisfy the adventurer in you and set your course for an unforgettable experience on one of these cruises.