After twenty-nine years with the Hamilton Police Service, Sergeant Barry Mungar undoubtedly has a lot of great successes to share. But perhaps his most widespread success is how he helped lead the CAA School Safety Patrol program to success in Hamilton, over an impressive nine years. Today, under Sergeant Mungar’s guidance, the Hamilton program includes 40 public, catholic and private schools. Over the years, Sergeant Mungar and his team have trained more than 6000 student Safety Patrollers that help keep their peers safe on school buses and in school zones. These outstanding successes have earned Sergeant Barry Mungar the 2018 CAA School Safety Patrol Program Achievement Award.

While the Hamilton Police had already been involved with CAA South Central Ontario’s School Safety Patrol program for more than twelve years, Sergeant Mungar became involved in 2009, when he was appointed Crime Prevention Coordinator. At that time, the sustainability of the program was in question as policing resources were in short supply. Recognizing the importance of the program in the Hamilton area, Sergeant Mungar worked with CAA and Hamilton-Wentworth Student Transportation Services for ways to continue offering the program while minimizing the strain on Hamilton Police Service. In an unprecedented move, it was decided that the bus drivers would lead the students’ practical training instead of the police constables. 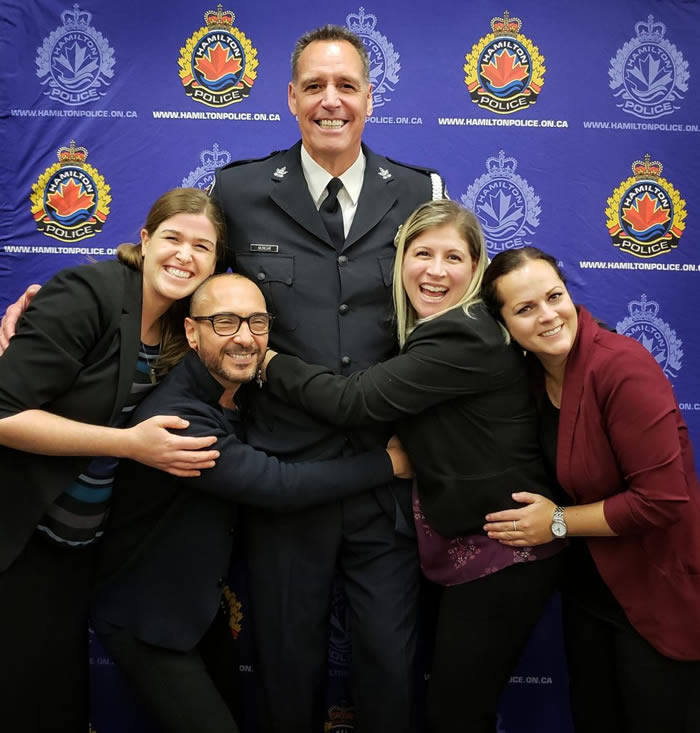 With the increased manpower, Sergant Mungar was able to quickly grow the CAA School Safety Patrol program throughout the area. He spearheaded a drive to recruit new schools, while also securing Ancaster Fairgrounds as a large training site. Sergeant Mungar then developed a new training model where he introduced the program to the students while at the same time highlighting the importance of safety, leadership and being a volunteer. The busing consortium joined in by arranging for bus drivers to handle all of the experiential training.

Sergeant Mungar didn’t stop there. Recognizing the importance of rewarding student volunteering efforts, he organized their annual Hamilton “Patroller of the Year” contest: each year, schools are invited to submit their top Patrollers for a chance to win a trophy, new bicycle and helmet. At the same time, he worked with CAA to recognize each and every Patroller’s contribution with a small gift every year. Sergeant Mungar’s exceptional contributions have earned him recognition of his own. As part of the 2018 CAA School Safety Patrol Program Achievement Award, the Hamilton Police Service received a plaque and a cheque for $1500 to be used toward their Patroller program, while Sergeant Mungar received a complimentary CAA Plus Membership for his dedication to the program. Without a doubt, the CAA School Safety Patrol program will miss Sergeant Mungar, whose retirement begins at the end of 2018.