James Mullinger Will Make You Proud to Be Canadian

Wanting to make a major lifestyle change, comedian James Mullinger moved to New Brunswick from London, England, five years ago. The self-described “almost Canadian” has gotten to know—and love—his adopted homeland over the years. Here, he shares his wry observations about the country, and what living here means to him.

On moving to Canada from the U.K. 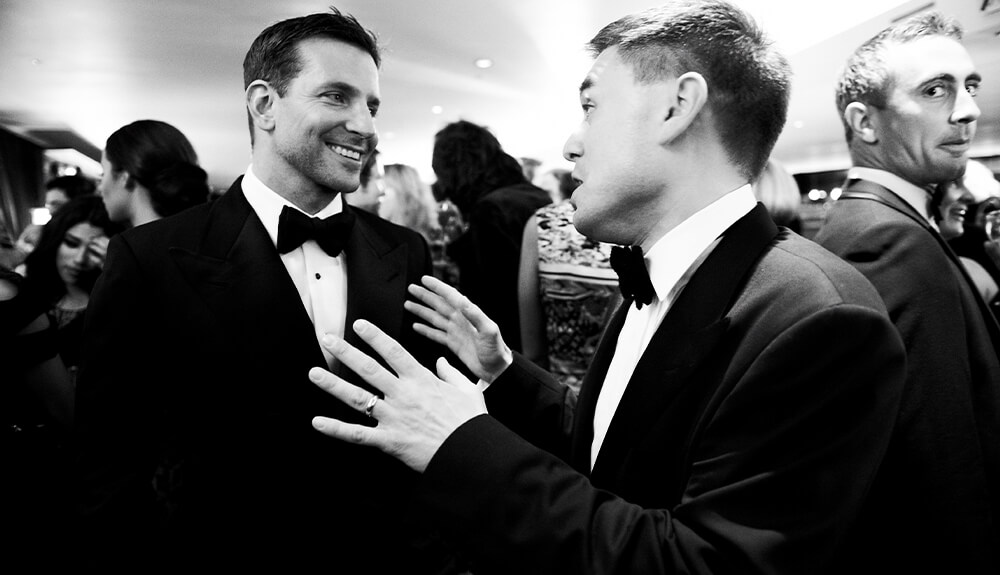 You learn a great many things travelling this beautiful country. I have performed hundreds of shows, driven thousands of kilometres and flown even farther over the last five years. I’ve seen it all, and what I have concluded is this: Canada is the greatest place in the world to live, work and travel.

On paper, I had an enviable life in London. I was the comedy editor for British GQ magazine, interviewing celebrities like Scarlett Johansson, organizing photo shoots with Prince Harry and David Beckham, performing stand-up comedy most nights and going to parties with the likes of Hugh Laurie, Idris Elba and Bradley Cooper.

But I wasn’t happy. I was overworked and physically unfit. For my own sake, and that of my wife and our two children, I knew I needed to live in a place of beauty, with a sense of community. This meant getting out of Britain and living affordably in a home overlooking a river that I could swim in every day during the summer.

We chose the Saint John area because it’s where my wife grew up, and I wanted our children to have the same upbringing she had, with friendly people, beautiful views and world-class seafood. People often ask if the change was a shock to the system, and I explain that it was, but in the same way that winning the lottery might prove to be a bit of an adjustment.

On travelling around Canada

When I started playing shows here, the first thing I noticed about the small towns and cities (like Vernon, B.C.; St. Catharines, Ont.; Digby, N.S.; Gander, Nfld.; Carman, Man.; and Scott, Que., where I played over the span of a few weeks) is that each is the kind of location where a happy ending might take place in the movies. A retreat. A happy place.

Canada has the longest coastline of any country in the world and, in my opinion, the most picturesque. There’s always trees. Lots of trees. Circled by coastline. With harbours and boats and friendly people. Sure, it’s a big country. You can drive for six hours and look at the map and you’ve barely moved. But as we all know, big is better.

On how Canadians drive

And this probably explains the other thing I have noticed: Canadians love big cars and trucks. You just might have the highest ownership of four-wheeler quad bikes in the world. Which you will frequently see being driven (illegally) on highways. The wrong way.

They often drive the wrong way because if you ask a Canadian for directions, they won’t direct you using local landmarks or a map. They will use signifiers of things that used to be there 20 years ago. The one I hear most is, “Do you know where Zellers used to be?” No. No, I don’t. I don’t even know what a bloody Zellers is! It makes it very hard for me to get around.

On the famed Canadian politeness

The innate friendliness will take any outsider by surprise. Canadian politeness seemed like an exaggeration before I moved, but let me tell you something, I once accidentally knocked a guy off his chair in a restaurant. His face flew into his bowl of pasta before the chair ricocheted back and he bashed the back of his head on the floor.

I was expecting the standard British response—a fist in the face—but he looked up at me, his face covered in pasta, and gently said, “Sorry.”

On finding a happy ending in Canada

There is a real tangible buzz in Canada right now. Walk around London, New York or Paris, and everyone is moaning that everything was so much better there 10 or 15 years ago. No one is walking around Whitby or Saint John or Charlottetown saying it used to be so much better. Because every single day, these first-rate communities just get better and better.

Tony Soprano once said that “there’s no geographical solution to an emotional problem.” But like many of Soprano’s life lessons, this is grossly incorrect. Travelling Canada has saved me, and my mental health.

What is rather ironic is that I actually work far more hours now than I did in London, but it is with the right people, doing the right things and, as they say, when you love what you do, you will never work a day in your life.

Catherine Reitman shared how she struck success on the CBC with Workin’ Moms and Russell Peters told us about his love of travel.