Get Roadside Assistance
Store Locator
Become a Member
About us

For over 115 years, CAA has been advocating to improve traffic safety, mobility, transportation infrastructure and consumer protection. 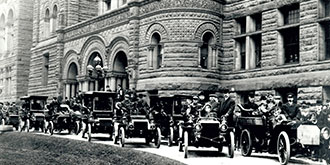 Founding members of Canada’s first advocacy group for motorists take MPPs on a ride to show it is safe to increase the speed limit from 8 mph to 10 mph.

The first legislation dealing with motor vehicles is enacted.

During First World War, OML provided ambulances for the armed forces. Members also pitch in by bringing their vehicles to the train stations to meet returning soldiers and drive them to their homes.

Canadian Motorist Magazine is first published and is issued monthly. This magazine is the forefather of CAA Magazine.

OML is one of the founding members of the Ontario Safety League.

Reciprocity of motor vehicle licences between Ontario and New York begins after 10 years of lobbying by CAA. Reciprocity with other provinces and states soon follows.

CAA urges the federal government to build a Trans-Canada Highway.

Emergency Road Service (ERS) is first introduced to Members of the OML in Toronto on May 1, 1923. The service, which included mechanical service and tow-ins were available for an additional $5 a year, on top of the $5 annual membership fee. 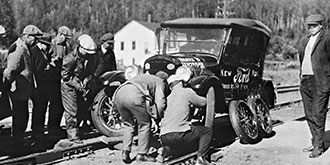 Dr. Perry E. Doolittle, CAA President, and Edward Flickenger, a Ford Canada photographer, complete a remarkable drive across Canada in 40 days, the first successful completion of a cross-Canada trip by a car under its own power. This is to build support for a Trans-Canada Highway.

OML announces that ERS and Legal Defence benefits are now available province-wide to Members. At this time, there are about 200 service stations on all main travelled routes in Ontario.

A driver’s licence becomes mandatory with OML as one of the issuers. 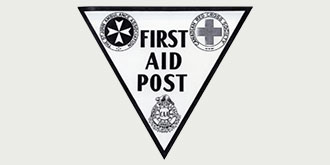 With the co-operation of the Canadian Red Cross Society and the St. John Ambulance, OML establishes first-aid posts along the main highways in Ontario.

CAA launches the School Safety Patrol® program. Student volunteers aged 10 to 13 years from across Ontario are trained to keep their peers safe in school zones.

Membership fees increase to $15 a year and all memberships include ERS and Legal Defense. 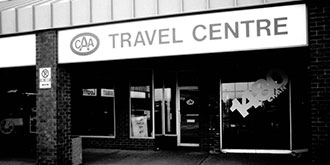 OML advocates for seat belt use in vehicles. As part of its safety campaign, CAA supplies Members with belts that meet Canadian Safety Association standards.

Through an Order in Council, Ontario bans the sale of seatbelts that fail safety standards.

OML is renamed to CAA. 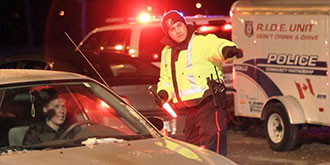 Plus Membership is launched.

Property Insurance is offered by our insurance company.

There are now five CAA clubs in Ontario, with CAA Central Ontario being the largest. 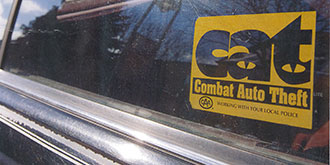 CAA holds its first Licensed to Live presentation, a hard-hitting, anti-drinking and driving program that includes students’ dramatizations and solemn presentations by victims, survivors and offenders of impaired driving tragedies. Over 4,000 students participate. 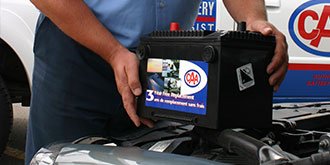 CAA Central Ontario introduces its own locksmith service and focuses on automotive, residential and commercial industries.

CAA SCO introduces the Premier Membership, which offers Members five tows per year, one at 320 kilometers. 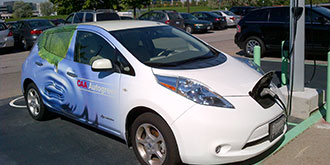 CAA collaborates with 22 police services and the Ministry of Transportation to launch E.R.A.S.E. (Eliminating Racing Activity on Streets Everywhere).

Distracted driving legislation prohibiting the use of handheld devices comes into effect. 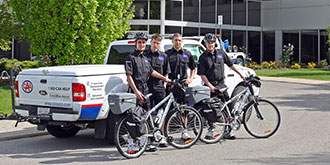 CAA SCO introduces the Bike Assist App to provide roadside assistance to CAA Members using a bicycle as a primary mode of transportation.

CAA asks that a portion of provincial revenue generated from HST charged on fuel be dedicated to Ontario’s transportation infrastructure. 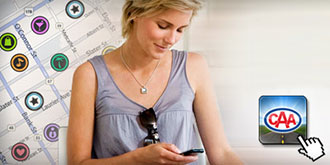 CAA SCO introduces the Join on Arrival program, where stranded motorists can contact CAA SCO and obtain service and a membership at the same time.

CAA calls on the provincial government to improve safety for roadside assistance workers and motorists through an amendment to the Slow Down, Move Over legislation.

CAA SCO’s Associates form a ‘glee team’ to compete on Canada Sings, a national TV competition to win money for SickKids Foundation. They are successful and win $25,000 for the charity.

Service Tracker is introduced, allowing Members to track their service vehicle. This technology is shared with all clubs in CAA and AAA.